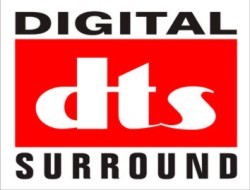 AGOURA HILLS, Calif.- Aug. 17, 2004 - DTS (Digital Theater Systems, Inc.) announces the successful completion of the first "real-world" application of DTS Lossless digital sound for cinema at the North American Museum of Ancient Life at Thanksgiving Point in Lehi, Utah. Commencing on June 2nd, the museum has been showing the large format film "Sacred Planet" with DTS Lossless sound, which DTS introduced earlier this year. The film's run was scheduled to end on August 3rd, but has been extended into fall as a result of its popularity. With DTS lossless technology, a soundtrack played in the cinema is bit-for-bit identical to the original master.

"Sacred Planet" was recorded in the DTS Lossless format specifically for playback at the North American Museum of Ancient Life. SK Films Inc.'s show "Bugs!," narrated by Judi Dench, will be the second feature to be played in the Lossless format at the museum, which expects to begin running it by mid-August.

Played back through the XD10 Cinema Media Player using updated software, DTS lossless technology works with all film specifications used in exhibition, including 16mm, 35mm, 70mm and any pulldown or frame rates, as well as digital pre-show, alternate content and digital cinema sources. Sampling rates include 44.1, 48, and 96 kHz at 16 to 24 bits. DTS lossless coding is made possible by a new extension to the DTS Coherent Acoustics codec, which is used in applications including home theatre, car audio, PC and game console products, DVD-related software and broadcast. With this new development, DTS is able to offer a single, comprehensive system that can deliver quality levels from Internet streaming up to high definition and lossless.

"We are excited to be the first theatre in the world to team up with DTS in the testing stages of the new lossless system," said Dominique Replogle, Thanksgiving Point Projectionist. "Since the installation of the lossless system, there has been a marked improvement in our sound. For example, our highs are cleaner and clearer."

Corey Carlson, Museum Director, added, "With the simplicity of the XD10, we are sure that this will be a valuable addition to our theatre."

"DTS is thrilled that the North American Museum of Ancient Life trial was so well-received," said Mike Archer, Director of Cinema at DTS. "The introduction of Lossless to the large format film industry is the first step towards enhancing film playback for all formats."

About DTS Cinema Division
A preferred digital sound format on more than 22,000 screens in 99 countries, DTS quickly became a leading provider of premium, discrete, multi-channel audio for motion pictures after the release of Steven Spielberg's Jurassic Park. Since 1993, the company's award-winning CD-ROM-based technology has set a standard for digital audio delivery in cinemas and special venues. In addition to supplying movie theaters with hardware solutions, DTS also licenses its technologies for filmed content, with DTS digital sound now featured on nearly 100 percent of films released by all major Hollywood studios.

DTS is a trademark of Digital Theater Systems, Inc.