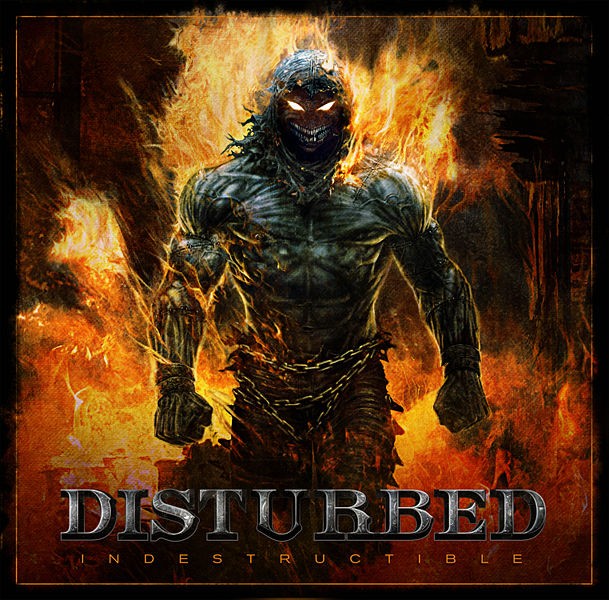 Harmonix and MTV Games today announced that Grammy Award-nominated, multi-platinum American rockers Disturbed will add three more songs, and three new bands (Crash Kings, The Veer Union, and We Are the Fallen) will debut next week in the Rock Band Music Store of downloadable content for the Xbox 360 video game and entertainment system from Microsoft, PlayStation 3 computer entertainment system and Wii.

With more than 400 artists, including Jimi Hendrix, The Who, AC/DC and Green Day, who are exclusive to Rock Band, as well as more than 1,580 songs available through the Rock Band platform and 70 million songs sold through its download store alone, Rock Band is the undisputed sales and content leader in the interactive music space, providing the deepest and best selection of artists, songs and albums.

Since forming in 1996 in Chicago, Disturbed have sold more than 11 million albums worldwide, with three consecutive studio albums debuting at No. 1 on the Billboard 200. Next week, the group brings three more tracks to Rock Band, including "Another Way to Die","Asylum" and "The Animal." These songs are from the band’s fifth studio album, Asylum, due out Aug. 31 on Reprise Records. As a special gift to fans, Disturbed will be including the documentary Decade of Disturbed with every copy of Asylum.  The 75 minute-plus film candidly captures the band’s 10-year history with extensive behind-the-scenes and never-before-seen footage. To support Asylum, the band will hit the road to headline the first annual Rockstar Energy Drink UPROAR Festival.  The tour kicked off Aug. 17 and runs through Oct. 4. Tickets for UPROAR are on sale now. Please visit http://www.rockstaruproar.com for details. Check online for the complete list of Disturbed songs available in Rock Band.

Three hot new bands make their Rock Band debuts next week in a three-pack of songs from Universal Motown Republic. We Are The Fallen is comprised of original members of multi-platinum trailblazing band Evanescence, guitarists Ben Moody and John LeCompt along with drummer Rocky Gray, with enigmatic American Idol finalist Carly Smithson powering the vocal reins of the new group. “Bury Me Alive,” from We Are The Fallen’s debut 2010 album, Tear the World Down, will be added to the Rock Band Music Store next week. Canada’s The Veer Union made their mark in 2009 with "Seasons," the single from their debut album, Against the Grain. “Seasons” reached No. 10 in the Billboard Hot Mainstream Rock Tracks chart, became the theme song for 2009 Stanley Cup winners, the Pittsburgh Penguins, and was also featured in all Major League Baseball postseason telecast, as well as NFL, NASCAR, ESPN, WWE Backlash, NHL and more. Next week, fans will be able to play this song in Rock Band as well. Rock trio Crash Kings formed in 2006 in Los Angeles and released their self-titled debut album in 2009. “Mountain Man,” the single from that album, charted on Billboard's Alternative Songs chart and will be available for Rock Band gameplay next week.

(All tracks are original master recordings)

(These tracks will be available in Europe on PlayStation 3 system Aug. 25)

Read the Complete Thread
j_garcia posts on August 20, 2010 12:52
Damnit…they know the only song most of us want is Down with the Sickness…I had that as my ring tone
Post Reply