DisplayPort is Here: Are We Ready? 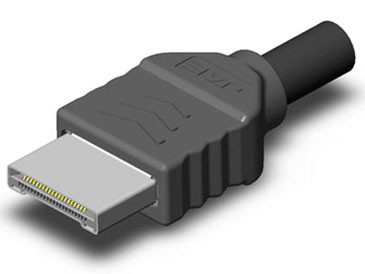 Approved by VESA just last year, DisplayPort is slowly trickling into the consumer market with PC gear and other  consumer electronics. Now Atlona has committed its support to the digital interconnect standard by promising to release affordable DisplayPort cables. Will the fledgling standard take off or is it another nail in the coffin of VESA?

The obvious question is: Do we need another digital interconnect standard? The answer for most is probably resounding - no! In the mainstream consumer electronics market there is already plenty of confusion over content protection, interconnects and disc formats – now VESA is pushing its own digital interface, DisplayPort.

The new format is already showing up in devices like Dell’s UltraSharp 30-inch 1600P LCD monitor. It’s perfect for your ATI TV635 video card, also equipped with DisplayPort. AMD, the company that bought ATI, is a big booster of the new standard.

But will DisplayPort make the jump to mainstream? The standard has the support of companies like Dell, HP, Philips, Samsung, Intel and of course AMD, ATI and NVIDIA.

What’s good about DisplayPort you ask? The best thing - it’s license free! That means its creators aren’t looking for royalties from any consumer electronics device sold that uses the invention. It may come as some surprise to consumers that anything with the HDMI logo pays for its use. Whether these savings in royalties would be passed on to the consumer is another story.

The standard is just a little more powerful than current flavors of HDMI, although the differences are negligible. In case anyone wondered, it was largely believed to be DisplayPort that was a large instigating factor of the sudden jump to HDMI v1.3 from v1.2a.

Using DisplayPort you can daisy chain multiple 2560x1600 resolution monitors together and support 16-bit color for each component. It supports fiber optic and can send high-bandwidth signals for longer distances than DVI. It can send video up to 15 meters compared to DVI and its 5-meter limitation.

One previous bad on DisplayPort has since been fixed. Version 1.1 of DisplayPort makes it easily convertible to/from HDMI. This had been a severe limitation to version 1.0. A simple adaptor is now all that’s needed to make it compatible to DVI (video only) and HDMI (audio and video).

DisplayPort has its own layer of copy protection, great for content creators but bad for anyone else. If you’re sick of DRM, and who isn’t, you won’t like the idea of having an additional layer of encryption available to the content creators on top of HDCP. DisplayPort features DPCP DisplayPort Content Protection created by AMD for the new interconnect standard.

The last worst thing about it is that it’s really just another standard that hasn’t yet seen much in the way of adoption. If VESA’s track record in creating digital interface standards is any indication, it probably won’t get far. But it has the support of many big guns in the industry and in our increasingly global economy future adoption might come down to undercutting HDMI in the cost department. Perhaps in the near future DisplayPort would become adopted in merging economies.

Soon you’ll see affordable consumer grade peripherals, cables and connectors coming to support the fledgling standard thanks to far-sighted companies like Atlona. Of the new standard, Atlona has pledged that even if only one person needs a DisplayPort cable, it will carry them.

So, if you see equipment for sale that has DisplayPort, don’t be flustered or blue. As long as it’s version 1.1 you can use an adaptor to convert it to HDMI if needed. But if you just don’t want to support a new standard then keep walking down the aisle, HDMI isn’t going anywhere.

smurphy522, post: 415079
Oh Joy, Joy, Joy! I can't wait to plop down more of my hard earned dough on some new (but not better) equipment just to get DisplayPort. I can't wait until Monster has some of their M1000 series DisplayPort cables available so I can blow an entire days pay on a one meter feed cable. Please hurry Monster, Please!

I love sarcasm in its infinite varieties. You know, some people just can't pull it off.
smurphy522 posts on May 22, 2008 08:31
Oh Joy, Joy, Joy! I can't wait to plop down more of my hard earned dough on some new (but not better) equipment just to get DisplayPort. I can't wait until Monster has some of their M1000 series DisplayPort cables available so I can blow an entire days pay on a one meter feed cable. Please hurry Monster, Please!
morrone posts on May 22, 2008 03:49
1.62 or 2.7 Gbit/s