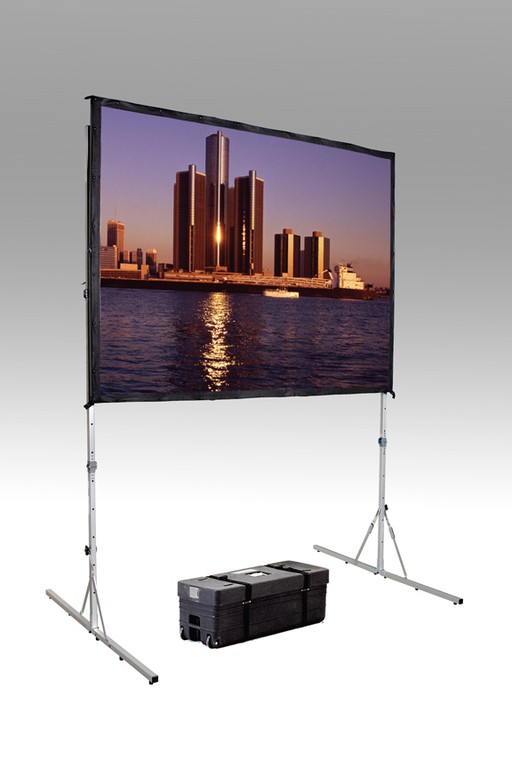 In response to the increased popularity of Wide Format PC's and laptops that are now on the market, 16:10 format is rapidly becoming the standard for the computer industry.  For this reason, projector manufacturers have developed projector models with a resolution of 1280x800, which is in the 16:10 Wide Format. Fast-Fold Deluxe is the latest addition to Da-Lite's range of 16:10 Wide Format screen models which also include electric, manual and fixed frame front and rear projection screens.

About Da-Lite
Founded in 1909, Da-Lite Screen Company is the leading producer of high quality commercial and residential projection screens worldwide.  With headquarters in Warsaw, Indiana and additional operations in the U.S. and Europe, Da-Lite manufactures projection screens and accessories to Fortune 500 companies, entertainment and major broadcast networks, education systems and governments around the globe.  Today Da‑Lite’s proprietary screen technologies are specified for the most demanding installations from military training simulators to boardrooms and classrooms to home theaters.  Da-Lite has become the “First Name in Projection Screens.”  For more information, visit Da-lite.com.