Call of Duty: Black Ops, an Imperfect Call Worth Taking 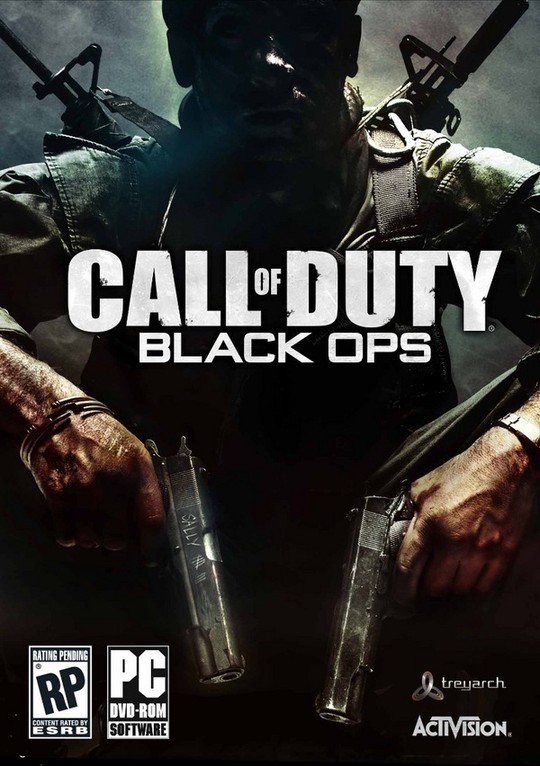 Black Ops' single player campaign game plays like an action movie collaboration between David Fincher and Oliver Stone. The latest installment of Call of Duty by Treyarch is a brutal and intense first-person action feature. Between jarring cut-sequences and first-person action you’ll take part in an epic, if sometimes convoluted, conspiracy that sweeps across the turbulent 1960s.

With Black Ops, Treyarch has maintained the blue-chip standards the Call of Duty franchise is known for and produced another blockbuster entertainment features that should rival anything produced by Hollywood. The voice acting rivals anything on film: Ed Harris plays a major role, Gary Oldman returns to the franchise with his Russian accent, Oleg Taktarov voices the antagonist and other notables include Eddie Cahill (CSI: NY) and Tropher Grace (That 70s Show and Spiderman 3).

The story begins with you in the hot seat of a brutal interrogation. You’re Alex Mason, one of America’s greatest unknown soldiers with a past that might involve a role in a conspiracy against US national security interests. The story uses Mason’s flashbacks as the vehicle to let you run through various theaters of operation circa 1960s to shoot ‘em up in first person with only a few diversions as others characters. You’ll see a healthy share of weapons that will be instantly familiar to anyone who has played the previous versions of Call of Duty. And, true to the franchise’s calling – you can expect plenty of destructive vehicle action as well.

After an intense undercover assassination attempt on Fidel Castro in Cuba in 1961, you’ll do plenty of globe-trotting to other countries on clandestine assignments. The game also does lots of time in Vietnam where you’ll loosely recreate scenes from some of your favorite Vietnam War-era movies. You’ll ride a gunboat through a river to the tune of Sympathy for the Devil by the Rolling Stones playing in the background. Later you’ll recreate one of the most intense scenes from The Deerhunter.  In between these missions you’ll get a lot of in-your-face flashing lights and screams as Mason passes in and out of consciousness. There’s even a Fincher-esque twists involving a Fight Club style relationship between friends. But I will avoid giving away any spoilers.

The down side of story mode is that there is nothing revolutionary here. There are just more and more ‘missions’ to prolong the game as the mystery starts to zag in odd directions to include chemical warfare and even a connection to Treyarch’s favorite battle-ground, World War 2. But the story succeeds where it’s important: holding your interest and keeping you involved.

Is it better than Call of Duty: Modern Warfare 2? No - not by a long shot!

Modern Warfare 2 had a layer of polish that Black Ops lacks, both graphically and in the story. There are a few bugs in Black Ops, lag issues and strange load-time delays getting into certain levels of the game.

In the end – it goes without saying that Black Ops is a must-play for fans of the franchise and first person shooters, but it won’t elevate the art. As a jumping on point for newcomers it’s a worthy addition.

As good as the single player story is, it’s multiplayer where we really get down to business. Despite maybe a half-step down in graphic quality - I’m happy to report multiplayer Call of Duty is renewed and back and good as ever.

In-game incentives to customize your load-out are even deeper with a new points system. You have to reach a certain level to unlock items, but then you spend points (earned with kills and other in-game actions) to buy everything from perks to weapon customizations. The system is deeper than Modern Warfare 2 and is sure to keep you addicted for a long, long time.

Many of the weapons will be familiar to Modern Warfare players but with a 1960s era twist. The M-16 has the fat plastic grip, the kind I’m familiar with from my own US Army days where I cared for an M-16 A1 rifle (with forward assist). Other weapons like the FAL is now the FN Fal with a wooden stock. The WA2000 (my favorite sniper rifle from MW2) is also of the vintage variety.

There are unique items to look forward to trying in Black Ops, including a flamethrower attachment for your assault rifle. Oh Flame thrower, how I have missed you since World at War.

Again, just like the single player game, my only real complaint is in graphics department. I don’t expect a leap forward from MW2, it’s only a year old and it’s running on a system that’s already years old. But it’s actually a bit of a step down from MW2, in multi-player you really notice a lack of fine tuning in the graphical details. But trust me, it’s not enough to deter your enjoyment or get in the way of spotting enemy from afar.

I admit - I love zombies! I especially love shooting them in head in the Zombie game that’s turning into a favorite multiplayer pastime during Treyarch’s turn at the Call of Duty table.  We get one map to start Zombie Mode in Black Ops called "Kind Der Toten". Another map called "Five" awaits when you finish the single player game (or unlock with a cheat code I’ll expose later in the review).

"Five" is interesting. I won’t give away any spoiler here about the end of the single player, but this really has very little to do with the ongoing Zombie story. But once unlocked you’ll be treated to a tongue-in-cheek animation featuring John F. Kennedy, Robert McNarama, Richard Nixon and Fidel Castro all meeting in the white house when zombies attack. Then you get to fight Zombies as one of the four men while they try to save the White House from zombie apocalypse. I’ve only gotten as far as the war room before succumbing to the undead – but it’s quickly become my favorite map. It comes complete with kitschy one-liners from a voice actor doing decent impressions.

There is another way to unlock "Five" and a mini-game Treyarch has hidden inside Black Ops. Both are unlocked in a similar fashion.

When you first load up the game you’ll see a video screen from which you can select your game options. It’s the interrogation room where you sit as Mason. Simply pull the left and right ‘triggers’ (on PS3 they’re the L + R 2 buttons) repeatedly to break free. You’ll rise up from that chair and you can now walk around the interrogation room. Yes, you heard it right! While still in the menu system you’re walking around looking for a computer monitor around behind the monitor that was giving you your initial game options.

Once you’ve found this monitor and on-screen keyboard you can enter the following ‘cheat codes’:

"Dead Ops" is a simple top-down shooter where you must survive waves of zombie attacks.

One more minor Easter Egg of note is while playing multiplayer in the Nuketown map – shoot the heads off all the mannequins and the game will play back Rolling Stones "Sympathy for the Devil". This was reported in a video that made me want my five minutes back.

Treyarch is forging a niche for itself as the Call of Duty for Zombies, intense ‘dark’ storylines in single player and slightly less cutting-edge graphics quality compared to the ‘other guys’. This idea of tag-teaming a single franchise is brilliant.

While Treyarch’s foray beyond World War II is admirable, it’s not without some problems, glitches that will hopefully be patched soon. You’ll find enough new twists in the game to keep the franchise from getting stale. The 2010/2011 go-to shooter of choice won’t disappoint.

Wayde Robson, post: 767115
I don't know Shock. These games (all the new Call of Duty series) are based on the same graphic engine and are designed for static consoles, there will be no groundbreaking graphics to be had, the hardware is years old.

There are some glitches, slowdowns etc. which I hope are patched soon.

But there is a lot to like in the new game, especially with multiplayer. There are balance issues addressed since MW2. The “noob tube” has been nerfed, there is no more Commando. Quick-scope sniping has been made much more challenging so you won't start up maps where ‘everyone’ is a sniper.

I think in our current era of years-old consoles graphics quality differences between games is marginal at best. THey're all bad compared to what you can get on up-to-date PC hardware these days. But that's not a true reflection of the “game” behind the graphics.

I didn't mean “MW2 reskined” was about the graphics, the gameplay is nearly identical. The only real difference is the rendering of sniping pretty much useless unless you want to pitch a tent.

Oh and don't get me started on chopper gunner streaks on hardcore.
MinusTheBear posts on November 21, 2010 12:13
Strategy Guide For Zombies

Here is an excellent guide for zombies co-op. I played a bunch in the map Kino der Toten. We have only managed to get up to round 9. After reading this guide, I have realized we have not even tapped into the potential of this mode and that some of our strategies were not correct after the first 6 rounds. This guide will surely help.

http://www.strengthgamer.com/Black_Ops_Zombie_Guide.html
Ito posts on November 20, 2010 19:04
I have only played about 6 hours of the game in multiplayer (almost all TDM), so I really, so I don't have a full opinion on the game, but so far I am enjoying it far more then MW2. The game still doesn't feel AS good as COD4 did, but I really am enjoying the game.
MinusTheBear posts on November 20, 2010 16:12
My bro and I have been doing zombies. Damn this is hard! We are still learning strategies. We can only get up to round 8.

Dead Ops arcade is hella fun! Thanks for that code Wayde Robson in your review of the game. Up to round 20.
Post Reply