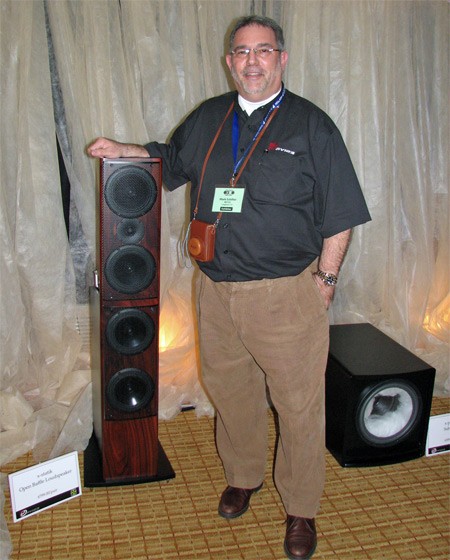 The story was first reported at length on our own Audioholics Forums several months ago, but the official grand jury indictment finally came through for Mark L. Schifter of AV123.com. A grand jury has indicted the 53 year-old on suspicion of stealing $180,034 through an ongoing charity fraud. On Friday, Colorado Attorney General John Suthers announced the indictment, saying the grand jury accused Schifter of running 27 different illegal charity raffles on www.AV123.com where he kept most of the money for himself.

"Of that amount, only $29,500 was ever given to the ostensible recipients of the donated raffle money... Many charities that Mark Schifter said would receive large amounts of donations from his raffles, in fact, received nothing... The scam not only defrauded Colorado consumers, but it also preyed on their generosity... In fact, most of the organizations were unaware that a so-called raffle was being held to benefit them."

Schifter heads Perpetual Technologies (which also uses the online brand AV123.com), an audio company that sells loudspeakers and A/V electronics, and is believed to have run the raffles between Oct. 18, 2004, and Aug. 25, 2009 at its online website forum. According to the indictment, a PayPal account was even set up to facilitate easier donations. Each raffle included a prize, typically in the form of a piece of A/V equipment, as well as an emotionally-charged appeal for financial donations written by Schifter. Once the money came in, the product was typically awarded and shipped, but the funds never made their way, at least not in their entirety, to the intended charities.

707 people around the country gave money to the raffles, which included such causes as the Dana-Farber Cancer Institute, The Children's Hospital of Denver, Russian orphanages, the Salvation Army and the American Red Cross efforts to help victims of Hurricane Katrina, according to the official indictment. Schifter ran each of the raffles without a license and without gaining permission to even use the names of the charities. In short, the charities were kept completely in the dark while Schifter collected the funds.

This has been a long and tedious road for many patient consumers who found themselves defrauded with these charities. It also represents a brief, but tumultuous rise and fall of a man, once said by Stereophile to be "well on his way to becoming a legendary figure in high-end audio".

The most recent online source posted that a call was made to the Boulder County Jail which has said that bail has been set at $500,000 (which can be provided by a bail bondsman subject to their individual policy.) Bail has not been met and Schifter remains behind bars as of Saturday.

With all that we've heard about Mark Schifter and the recent doings over at AV123, we have a feeling this is only the tip of the iceberg.

Fill out the impact statements. Even if 1 in 5 are received it can still sway the court. I think the words in your statements will hold more sway with the judge than the amount of money you've lost. Words have meaning.
MinusTheBear posts on September 14, 2010 23:11
History tells us AV123 was not the first business he has run into the ground.
Hugh-Melody posts on September 14, 2010 22:50
R,

I can say this much though, that $250K number is way below the real $ lost to Schifter.
Post Reply