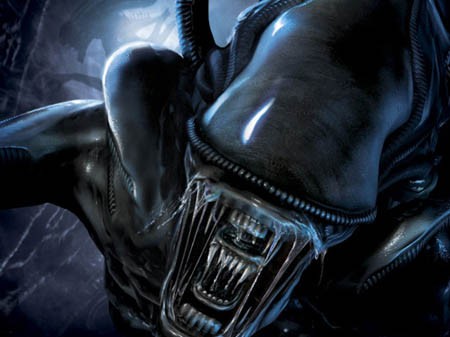 Twentieth Century Fox is bringing back its "Alien" franchise and restoring it to the big screen. The studio has hired Jon Spaihts to head up writing a prequel and sources have confirmed that Ridley Scott is indeed attached to return as the Director. Without attaching Ridley Scott it's likely that this film would simply be another cash-cow flop that was designed to line the pockets of the die hard fans who would see the movie even if it starred Tom Green and Whoopie Goldberg in a bikini.

Spaihts got the job after pitching the studio and Scott Free, which will produce the film.

The film is set up to be a prequel that leads into the highly regarded 1979 film that Scott directed. The new film will take place before the 1970's Alien movie, in which the crew of a commercial towing ship returning to Earth is awakened and sent to respond to a distress signal from a nearby planetoid. The crew eventually discovers that the signal generated by an empty ship was actually meant to warn them.

The deal gives Fox another chance to keep the "Alien" franchise alive. There were three sequels to Scott's original, some better than others (Aliens was incredible while most of the others were not very noteworthy). This is the first time Scott has set his mind on directing one.

Spaihts has become a go-to-guy for space thrillers. After Keanu Reeves became attached to his Warner Bros. sci-fi script "Shadow 19," Reeves hired Spaihts to write the space journey epic "Passengers," which is berthed at Morgan Creek. That script got Spaihts the meeting with Fox and Scott Free, and he won the job with an "Alien" reboot take that the studio and Scott loved.

Fox has separately hired him to rewrite The Darkest Hour, which Timur Bekmambetov to produce with Tom Jacobson. Spaihts is also writing Children of Mars for Disney and Scott Rudin, and he will follow by rewriting "St. George and the Dragon" for Sony and Red Wagon.

Jack Hammer, post: 608944
This storyline is relatively new and added from Alien vs Predator which was made ~25 years after the original Alien movie. It may or may not play into the prequel. I wouldn't mind a slight nod to it in the prequel but I doubt much more than that, if at any, will occur.

Might be, after all, there will be humans in the prequel. The “Alien vs Predator” action is reserved for the saga with the same title.

Anyway, I'm curious to know how will Scott include humans in the plot. After all, the first contact between both species was in the original “Alien”.

Djizasse, post: 608930
If I remember correctly, the alien species was created or at least maintained by the Predators. They used them for hunting.
But this can be just a version among several others.

This storyline is relatively new and added from Alien vs Predator which was made ~25 years after the original Alien movie. It may or may not play into the prequel. I wouldn't mind a slight nod to it in the prequel but I doubt much more than that, if at any, will occur.

darien87, post: 608816
They're doing a prequel to AlieN, not AlienS. Plus, the director's cut of Aliens already shows Newt's parents and brother. If you haven't seen it, you should check it out, very cool.

That's true! I forgot about that! Thanks for the heads up. But still, an entire movie of the colonists first coming to the planet, settling in, then meeting and getting killed by the aliens would be cool. Although it would be a much bigger production given the amount of actors and extras you'd need.

I guess a prequel to a sequel would be the original movie, huh? LOL
Post Reply