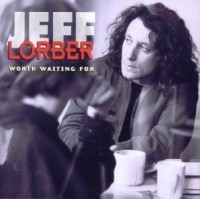 Fans of the 1970's group Jeff Lorber Fusion (like me) were thrilled when, after a seven year hiatus from solo recordings, he returned to his fusion jazz roots with this release that was, well, Worth Waiting For . Sure, he was busy writing and producing for other (mostly vocal) artists during the late 1980's and early 1990's, but even his own break-through commercial success Private Passion (with female vocalist Karyn White) I think belied HIS true passion: fusion jazz.

Of all the great music on this CD, Do What It Takes remains one of my all-time Jeff Lorber favorites. Its one of the few Jeff Lorber compositions to feature a guitar lead, and who better to perform it than the nylon string acoustic guitar mastery of the great Lee Ritenour. Another favorite, Rain Song , starts off this CD with an Art Porter sax lead and serves notice that the "Jeff Lorber Fusion" sound is back. The rhythm section on nearly every track is top-notch: drummer John Robinson (started with Rufus and Chaka Kahn), bassist Alec Milstein (actually started with Jeff Lorber in the 1980's), Paul Jackson, Jr. on guitars (who has since become a big-time writer/producer), and Paulinho da Costa on percussion (played with so many people you have to Google him to believe it). Dave Koz contributes some great saxophone work on the title track Worth Waiting For and High Wire , both great tunes. Even the one vocal track on the CD, Lost With You , isn't bad. This really is a strong set from top to bottom