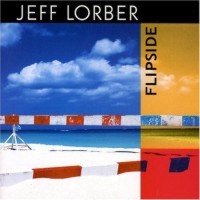 While it didn't win the Grammy, Flipside was deservedly nominated for "Best Pop Instrumental Performance" in 2005. Over the years, Jeff Lorber has had success as a performer, producer, arranger, and composer. The last decade or so has seen his career return to its jazz fusion roots with several solo instrumental releases.

Having been a part of dozens of albums over the years, Jeff Lorber is no stranger to the recording studio, and in fact has tracked his last several albums in his own studio. However, this CD is a bit different in the fact that he uses almost all "live" drums (as opposed to drum machines) and very little sequencing, resulting in some very refreshing laid-back grooves. Lorber wrote or co-wrote all of the tunes, and there are many good ones in the set. My all-around favorites are Everybody Knows That and Bombay Café (GREAT grooves and a great sax solo on the latter); my least favorites are the title track and Tune 88 (which is actually a cover of an old Jeff Lorber Fusion tune that I didn't like the first time either!). Santa Monica Triangle has a nice pseudo-latin groove, and Sun Ra has a nice pseudo-reggae groove going on. There are tasteful horn arrangements all over this CD, but the two that stand out include the addition of a cello to the mix, giving them a haunting sort of feeling: By My Side and Angel In Paris .

I think this is Jeff Lorber's best CD in years, and the Grammy nomination has already energized him to return to the studio for a follow-up. A lot of people may not know that he is recovering from a recent kidney transplant, and I can only hope his health allows him to continue giving us wonderful music like this for many years to come.