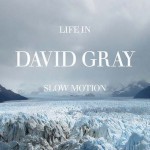 Let's be honest, sometimes you have to take one for the team. My wife loved that " Babylon" song that came out a few years ago and when I saw that David Gray had a new album out, I thought I'd kill two birds with one stone. Honestly, I thought " Babylon" was kind of catchy but I was concerned that I never remember hearing anything else from the man. There are so many one-hit-wonders out there, I was afraid that Mr. Gray was just another. Well, I better hurry up with this review because my wife is hovering over my shoulder ready to snatch the CD to put in her car the minute I'm done.

Discs are listened to a minimum of twice with at least a 24 hour separation between the listening sessions. During session one, notes are taken on the subjective experience of the implementation of the DTS 5.1 (in this case) along with notes on other features. During session two, the original notes are compared and expanded upon during the listening experience. Additional listening sessions are added as needed. Before each session, speaker calibration is checked using an SPL meter and the test-tones on the receiver, in this case the Denon AVR-3805 .

6) From Here You Can Almost See The Sea

David Gray's music is folksy pop with overtones of Dylan and Buffett. The piano plays a prominent role on this album along with the guitar. The vocals are the central aspect of each song with harmonies and additional instrumentation provided mostly by Rob Malone (who is very talented but not the snappiest dresser).

There are definitely some good audio moments in this album. Right off the back, in Track 1, you'll notice the clarity and authenticity of the acoustic guitar. Many of the stringed instruments and the piano have a nice presence that belies the studio recording. But…

There are a few problems, most noticeably that the music and vocals become compressed during the louder portions of the album. I'm guessing that the album will sound great on the radio, but it tends to be a bit much through a nice set of speakers. Along with the compression comes the requisite harshness. I didn't notice it with the music as much but it was really apparent with the vocals. David Gray's voice already has a bit of rasp to it and the compression during the louder sections really made it grate. The more I listen, the more I think the harshness it is exacerbated by a general lack of low end. There are moments where the subwoofer kicks in, but they are few and far between. It gives much of the album a tinny quality that is not exactly unpleasant, but definitely could use a little rounding out.

You'll notice in the description of this album that I mentioned "overtones of Dylan and Buffett." It may be more accurate to say that David Gray slips into their tonalities in a few songs. Track 6 in particular was really reminiscent of Dylan while Tracks 2 & 8 smacked of Buffett. There is also a Neil Diamond moment that was a bit interesting as well. This is not necessarily a knock against the album, I just noticed it and thought I'd mention it.

The title track (#5), "Life in Slow Motion", deserves a quick mention. I was immediately impressed by this song the minute it started playing. The tempo is a little too slow for the lyrics and tone. It almost feels like the musicians should be rushing, but they don't. It's a very interesting and unexpected way to tie the title of the song to the music.

One last comment about the album is that there is a lot of depth to the production. A number (sometimes a large number) of instruments are layered on top of one another during most of the tracks. This allows the listener to plumb the depths of the music with multiple listens. Sure, you can pop in the disc and enjoy the surface music, but if you take the time, you'll hear nuances that will surprise you.

As I am finding all too often with stereo recordings, the use of the separate channels is either nonexistent or far too subdued. While individual instruments are placed in one side or the other, nothing really enhances the listening experience. Nothing really detracts from it either, which is a good thing, but there were missed opportunities. There was a little movement during Track 4 that I found to be a nice touch, but this simply highlighted how much more could have been done on this album.

I was very excited with I popped in the disc and saw that you could play the album with or without lyrics. Now, I'm sure this is not the first album to offer this (I probably have others and just don't remember), it's been such a long time since I've seen one that I was giddy when I pressed play. Lyrics or pics! Don't know a song, play with lyrics. Got the thing memorized, play with pictures. Fan-freakin-tastic!

And then, reality set in. You can play with pictures… or really, picture - singular. The album cover is displayed without the words with a grid overlay. A few of the boxes will be left blank or filled with song title and such during each song. The boxes used thus switch with each song. Very exciting. There is a 15 picture gallery (mostly of David Gray) that could have been utilized but it wasn't. Well, at least you have the option of turning the lyrics off if you want. That is something.

There is the obligatory 20 minute documentary about the making of the album that was pretty good. I learned a lot about David Gray, what he eats for lunch, his new studio, and that you should never, Never, NEVER wear fatigues with Hawaiian shirts. It's not a bad one as these documentaries go but it's not all that great either.

This is a pretty good album. If you are into folksy pop or you just want some decent background music for dinner parties, this album delivers. If you want an uber high-fidelity recording to showcase the power and transparency of you system, you may want to look elsewhere. This is one of those albums that will excite the real fans, satiate the masses, and offend no one. Not a bad addition to your collection as long as you know what you are getting into.