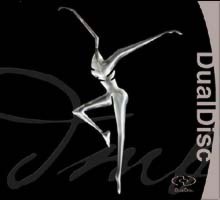 Once, many moons ago, someone once said to me that there was music that, regardless of audience, would please all. The Dave Matthews Band (DMB) is just such a band. Like just about everyone I know, I've heard a few tracks (usually off the radio), have experienced various levels of attraction and repulsion to the music, and own (or have heard) an album or two which I am hot and cold on (love some tracks, hate others). Still, if I'm in a room full of people I don't know well, I feel reasonably confident that popping in a DMB album will not send people running for the exits.

Discs are listened to a minimum of twice with at least a 24 hour separation between the listening sessions. During session one, notes are taken on the subjective experience of the implementation of the DTS 5.1 (in this case) along with notes on other features. During session two, the original notes are compared and expanded upon during the listening experience. Additional listening sessions are added as needed. Before each session, speaker calibration is checked using an SPL meter and the test-tones on the receiver, in this case the Denon AVR-3805 .

Dave Matthews has a distinctive voice which immediately demands recognition regardless of which artists he is working with at the time. His vocals tend to have a raspy "smoked too many last night" quality that encourages the listener to believe that every performance, no matter the context, is a little live. The music is a very accessible blend of acoustic guitar and percussive elements. Shades of reggae, rock, and hip hop, dominate with a few moments reminiscent of Tom Waits. The music is bit subdued on this album compared with earlier offerings yet retains much of that which made it popular in the first place.

Overall, I was very impressed with the audio quality of this album. The instrumentation, for the most part is very clear, the vocals are never overpowered, and there is very little compression. The instruments all sound very lifelike with a tonal quality that implores the listener to excuse the fact that they had to record the album in the studio rather than live. The end of a few songs slip into a more jam session sound which feels more natural than some of the more scripted elements to me.

Whenever possible, it is always a good idea to check out the quieter moments on an album. This is a good time to judge the noise floor and audio fidelity. There were times you could hear Dave's lips move offset by moments when the number of instruments somewhat cluttered the soundstage. Overall, the fidelity was way above average and the noise floor was nonexistent.

There are a number of tracks where the bass is a little heavy but it is not too bad. Many of you will enjoy the added subwoofer content. As for me… as long as it doesn't distract from the rest of the composition, bass is a good thing. One thing I appreciated was that the bass wasn't just the kick drum, it included the bass guitar. Nothing like hearing your sub accurately punch out a walking bass line.

One thing that immediately struck me as I listened to this album is how good it would be live. We've all had the experience, I think, of hearing a song in concert that you hated previously or buying an album after a concert and being disappointed that it didn't have the same energy. Many of the tracks on this album felt to me like they were trying to break out of the confines of the disc. They felt constricted in a way. I'd love to hear a live version of this album.

This DualDisc practically screamed for the full multi-channel treatment. The instruments, high audio fidelity, Dave's voice… all of it would sound so freaking good in 5.1. It really was a shame in my eyes (ears) that this had been relegated to two-channels. Believe me; as soon as I'm done writing this, I'm trying out all my DSPs to see which sounds best.

As far as the two-channel implementation is concerned, it was adequate. There were a few good moments of movement (most notably during track 4), but for the most part the soundstage was a unified front. Often supporting instruments were located to one side or the other but these were overshadowed by the main instruments and vocals.

Dave's voice was always dead center and almost always the most important element in the track. The one time that Dave's voice slipped into the background it was obvious that his voice was in a supporting role to the instruments. Some very good choices in my opinion.

In a non-scientific comparison of the "enhanced" side to the non-enhanced side, I could hear no significant differences. It may be with further listening and more familiarity with the material differences could emerge, but as of now, I could detect none.

During playback, there were five pictures displayed, one to three of the pictures were of the band with the remaining being snippets of the cover art. In the photo gallery were 26 black and white pictures of the band (the pool from which the pictures displayed during playback are taken from). There is also a 20 minute "making of" video which starts and ends in a "this has been the best experience ever" mode but the middle is really very interesting in how they worked with a new producer. Good for a view but could have lost at least a quarter of the time. Overall, throwaway extras in my book.

This is a very well done album overall. The audio quality is way above average and the two channel implementation is very good. The extras are good for a view though really don't add much to the overall experience. If you are a fan of the DMB (or even if you aren't), you will most likely enjoy this album immensely, though it does sound different from previous offerings. A number of the songs have a heavy political bent and some are overly repetitious, but overall, a very enjoyable addition to anyone's music library.