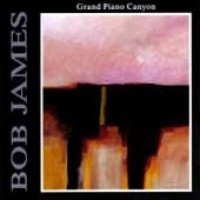 At the time, I doubt many would have expected the freshness of this release. One of my all-time favorite musicians (and people), Bob James should have been in the twilight of his career: over 20 solo releases in the last 30 years, including a career as a prominent arranger/producer during most of that time. By mixing some of his fellow studio musicians (and friends) with some new production assistance, he put together one of his best releases in years while at the same time launching the jazz super-group Fourplay.

I was lucky enough to meet Bob James as a kid back in the 1970's, and I will never forget how he took the time to talk with me (and sign my album) in the midst of what was essentially controlled backstage chaos.

This CD had a little bit of everything: big-band ( Bare Bones ), smooth jazz ( Restoration ), fusion ( "…stop that!" ), and ballads ( Just Listen ). In fact, the only weak track is Wings For Sarah , which carries a dedication to the late, great Sarah Vaughn, who gave Bob James one of his big breaks as a musical director in the late 1960s. The sound quality is outstanding throughout, representing James' first all-digital release. As always, Bob is joined by an outstanding list of soloists, including Eric Gale (guitar), Michael Brecker (tenor sax), Kirk Whalum (tenor sax), and Lee Ritenour (guitar). It's this last collaboration that led to the creation of one of the great jazz super-groups of the last decade: Fourplay, featuring Harvey Mason on drums and Nathan East on bass, Lee Ritenour on guitars, and Bob James on keyboards. All had already enjoyed long solo careers in addition to stints as first-call studio musicians in the 1970's and 1980's, which explains the instant (and continued) success of Fourplay.

Of all the great Bob James releases over the years (and many I learned from as a young musician), Grand Piano Canyon stands out as frequent listen even today. In fact, it's one of the few CD's I have on my iPod in its entirety, and I think rejuvenated an incredible career that continues to produce quality mainstream jazz to this day.