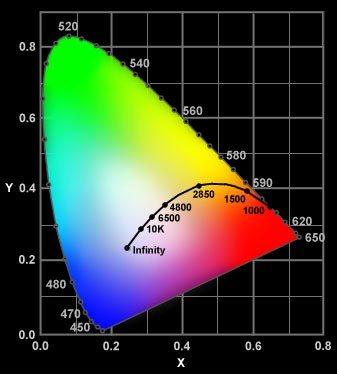 With the onset of larger TVs and Rear Projector TVs, many Home Theater Systems are as good as movie theaters, and sometimes, even better. As more and more consumers enter into the TV market, it's obvious that the widescreen Rear Projector TV (RPTV) is becoming king. What many people don 't know about TV's in general is that they require calibration in order to produce a close to accurate representation of the video signal being displayed. Many of the new TV's have fancy user menus with all the adjustments one can handle. But fundamentally, these adjustments do not aid in creating a balanced picture, especially when it comes to setting grayscale, which is the basis of most TV calibrations. In fact, user settings such as hue, color, picture and contrast, have little to no effect on grayscale calibration at all. They simply move the entire luminance uniformly within the gamma scale, but these settings do not adjust the CRT's individual outputs as required for grayscale calibration. Yes, you'll see a difference in the way the picture appears from one extreme to another with these user settings but rest assured the grayscale calibration remains unaltered. Interestingly though, the inverse statement is not true. Calibrating the grayscale by using the service menu can greatly improve the TV's ability to produce black and white accurately while improving the contrast, as explained later on in this article.

Grayscale is the result of all three video channels within a display device having the correct gain and bias settings such that an accurate display gray from black to white can be produced at or near 6500K. In a nutshell, calibrating a TV's for accurate grayscale helps ensure that black images are as close to black as possible and white images are as close to white as possible without the intrusion of unwanted colors. Lastly, by calibrating the grayscale, it allows the CRTs (or LCD or DLP or Plasma), to operate closer to the optimal levels where their luminance is as close to D65 or 6500 Kelvin, thus prolonging operating life. Many TVs from the manufacturer are set with red much higher in the dark band and blue much higher in the lighter band of luminance, but this should not be mistaken as the also common "redpush."

Some very important information to understand prior to learning more about grayscale is as follows:

1) Grayscale does NOT effect how the TV will produce color on color images. This is a common misconception that even I was guilty of prior to my ISF Training. Grayscale calibration only effects how the TV produces black through gray to white. Therefore any color in the grayscale should not be misinterpreted as "redpush" or "bluepush" as both of these parameters are color related.

2) D65 is not the same as 6500 Kelvins. D65 is simply a reference point within the black body curve of the CIE color chart that stands for Daylight 6500K. It's coordinates are exactly placed on the chart at X = .313 and Y = .329 which is said to be "daylight." But how many different "daylight's are there? Sunsets, sunrises, pollution, clouds......all effect what we perceive as "daylight." Or as Joel Silver puts it, "How many different shades of white are there?" So a TV can be producing 6500 Kelvins at specified IRE windows, but not be performing at D65 for that window. Instead, there is an actual band along the black body curve where performance can be measured at 6500 K, but not point to X.313 and Y.329. This "zone" is known as the Isotemperature line .

3) IRE stands for International Radio Engineers and it is a relative scale, NOT an absolute . It defines the volt peak to peak video divided up into 140 IRE units. This is done to make numbers for luminance levels easier to communicate. In the ISF Training Manual, it is described as the amplitude of the video signal from blanking (zero volts) to peak white is 0.714286 volts or 100 IRE units. Synchronization signals extend from blanking to -0.285714 volts or -40 IRE units.

4) K means Kevlins and NOT degree Kelvins. It is an absolute measurement where 0 K means -273 degrees C.

Keep in mind that no TV is perfect and therefore getting near perfect performance is next to impossible with most commercial TV's.

Grayscale is more than just black and white. Gray in RPTVs for example, are actually created by the three primary CRT's (blue, green and red). These CRT's are set perfectly such that they are blended to create gray. Ideally, when viewing grayscale images, the CRTs are all operating at around the same temperature range, preferable 6500K, and interlaced (or progressively scanned) together to create the black and white representations. If one or more CRTs gain is too high or the bias is too low, the grayscale images will actually show color variations on some of the grayscale windows. For most TVs, the grayscale appears with a reddish tint at the lower end between 0-IRE to 30 or 40-IRE and a bluish tint between 50-IRE and above. This can be the result of one or more of the CRT's having too high or too low a gain or bias. But don't mistake this as redpush or blue push as these two problems are a result of the hue and color settings. By adjusting the correct gain and bias within the service menu, it is possible to improve the grayscale representation on a TV. The result assures that the TV will not only create better black and white images, but since the CRT's are operating closer to their optimal levels of 6500 K, it may prolong their life.

How to Calibrate Grayscale

There are a number of ways to calibrate the grayscale of a TV. It can either be done by eye or by measuring the light from the TV with a color meter (Spectroradiometer or Tristimulus Colorimeter). Whatever the method, it will involve using the service menu and requires an understanding of how to navigate through a vast array of numbers and symbols along with knowledge on what parameters to change and which to leave alone. Please note that the service menu of a TV should only be accessed by a trained technician.

Many front projectors are hitting the market now that allow access to these type of service menu adjustments via a remote control that allow for easier navigation through the "service" menu adjustments. But even with this, calibration still requires an understanding on the terminology and what these parameters will effect as any adjustments could result in either an improvement or degradation.

So what's the moral of the story? As always, "Don't Try This at Home." What's important to walk away with after reading this article is not HOW to calibrate, but more importantly, WHY. The "how to" portion should be reserved for the custom installer who is hopefully ISF Certified with proper training and therefore knows what he's doing. This article can be used by you to make sure you hire a good technician and can communicate in his language.