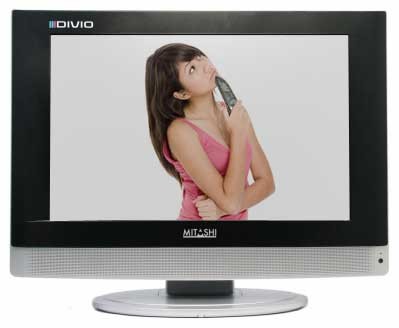 You've finally done it. You saved your money and finally purchased that beautiful flat panel or rear projection television you've had your eye on for the past year. While some may look at this as the final step in the process of getting a better display into the home, in truth, you've just begun. Certainly you could open the packaging, set up the television and plug in some cables, but there's more. With a few key tips, you can be among the top 10% of HDTV owners who really tweak out the best from their new displays.

Before we begin, let me introduce you to a few tools that will help you to perform some of the tasks we outline with ease:

With a setup DVD you have a series of test patterns (real world or otherwise) that can deliver a consistent signal from your DVD player. This ensures that you're not simply making adjustments to a picture on the screen that will change with the show, or which might not be an accurate representation of what other programming will look like. A setup DVD provides the rigid continuity required to make more accurate adjustments.

Tip #1: Check the Sharpness Setting and Turn off Edge Enhancement

Many TVs come with artificially enhanced Sharpness which renders a crisp image. The problem is that the image is often “over” crisp and edges are enhanced to the point where detail is actually lost. In addition to overly high Sharpness settings, some displays come with an “edge enhancement” option (sometimes called Scan Velocity Modulation on older TVs) that compounds the problem. With digital “pixel-based” displays one would think these problems would be a thing of the past, however it is our experience that edge enhancement is alive and well in the industry.

Most of the setup DVDs will have a “Resolution” pattern. Activate this and turn the Sharpness setting all the way down. Now ease it back up and see if the pattern’s edges are artificially enhanced such that the borders between black and white become harsh or jaggy. Black objects on gray backgrounds should NOT have any white halos around them. Most of the time, on newer displays, I have found the correct position of the Sharpness setting to be all the way down. I have also found a handful of displays where the setting had absolutely no effect whatsoever!

Almost all televisions come with Picture modes. This isn’t to be confused with the “Picture” control (which adjusts Color Saturation levels.) Picture modes automatically adjust several different parameters of the television to set it up for a particular use. They often have names like Cinema, Sports, Vivid, PC, Normal, Bright… you get the idea. For daytime viewing you’ll want to investigate the Sports and/or Normal modes. For nighttime it’s almost always best to select one of the Cinema modes.

In almost all displays I’ve used, the Cinema mode and color temperature set to Medium or Low is where I tend to start. Be advised, if you’re switching Color Temperature from High to Low the whites on the screen may appear to be “reddish” at first. If, after viewing the set for a bit, you still feel that it is too “warm” (red) then try the Medium setting. I haven’t yet found a set that has been more accurate at a setting above Medium. How do we define accurate? We at Audioholics follow the ISF recommendations for setting white to D65, or a color temperature of 6500K. This is considerably warmer than the default settings on most televisions. Determining the correct color temperature is difficult, but the Monster Cable/ISF calibration disc provides some nice real-world methods to get more accurate color, so you may want to pick that disc up and play around with it.

Tip #3: Get Your Black (Brightness) and White (Contrast) Levels Correct

Once you’ve selected a picture mode it’s time to move on to Black (Brightness) and White (Contrast) levels. This is perhaps the most important thing you can do to properly calibrate your new television – and they are also the most commonly ignored or abused settings. Each is set in a similar way and helps you to get the most optimal “dynamic range” out of your television. Set the Black level too high and your blacks will look gray. Set the level too low and you’ll see large patches of black where you should be seeing dark details like hair, cave walls, forests, etc. Horror films will be especially difficult to view! The same is true for White levels. If you can’t see detail in showy scenes or you can't see the holes in the hats of the NFL referees during close-ups then it’s a good bet your white levels are too high.

The problem is also compounded by how you plan on using your television. If you are primarily a daytime viewer, then you’ll want to calibrate the levels during the day. If you do most of your viewing at night, with the lights dimmed, then this is how you should calibrate the television. Ambient light is part of the equation and shouldn’t be ignored. If your display has multiple Custom User settings, consider configuring one for daytime use, and another for nighttime use (that’s what I do).

Most televisions include circuitry for handling the process of converting the 24 frame-per-second content stored on DVDs into the 30 frame-per-second speed utilized in video. You’ll find that in order to properly make this conversion, a television will have to have its “Film Mode” enabled. Most are enabled by default, however you’ll want to double check lest you experience poor deinterlacing and jaggie line artifacts.

If you have an LCD television it may come with the ability to adjust the fluorescent backlight. If so, you may be able to utilize it in order to produce deeper blacks. Simply set the backlight to its lowest setting for nighttime viewing and max it out for daytime use. If you have configured multiple User Settings for the display be sure to double check Black and White levels again to ensure you can still see the Black and White test patterns correctly.

I’ll probably get filleted for not placing this first on the list, however using the best available input is key to generating the best picture on your display. In order of importance (best being last on this list) the connection options include composite video (single yellow cable), s-video, component (red, green & blue cables), and HDMI (capable of carrying both high quality digital audio and video.) Whenever possible you want to utilize HDMI from the source components to your display. They might travel through a receiver first, but ultimately your HDMI connection will typically deliver the best picture quality. If you do not have HDMI (on either the display or the source component/AV receiver output) then component video is your next best choice*. If you have or desire a high definition picture you MUST use one of these inputs (either component or HDMI). Anything else (composite or s-video) CANNOT give you HD quality or resolution (regardless of what your Uncle Joe, the kid at Circuit City, or the clueless cable guy said!)

Note: If you don’t have component video or HDMI on your cable box then you do not have HD (high definition) cable. You MAY be able to receive HDTV signals directly to your television through the combination of an “over-the-air” antenna and what’s known as an ATSC tuner. Conversely, you can get (in some areas) HD cable channels on a display that has an integrated QAM tuner. See this article for more detailed information regarding HD and cable.

*Theoretically, component and HDMI can handle the exact same levels of quality, but given our experience with a vast amount of consumer electronics products in the industry this generalization is effective for a majority of users.

Tip #7: Get HDTV from Either Your Cable or Satellite Provider or Antenna

As we alluded to above, if you want HDTV for real, you need to either have an antenna and ATSC (on-board high-definition) tuner or you must subscribe to HD service from your local cable or satellite provider. Read this article for more detailed information. Believe me, this is the quintessential thing you'll need to do in order to enjoy your new television. Without HD, your new TV is simply bigger than you r old one. All those extra pixels aren't going to do you an ounce of good.

If you made it this far I'd say you're on your way to high-definition nirvana. We hope this article was at least somewhat helpful. There are certainly many different things you can do to improve the quality of your display, but the seven tips above will cover the most important steps - and you'll be the envy of all your friends who thought that once they unpacked the screen their work was done!

Read the Complete Thread
Bloodstriker posts on September 04, 2007 18:54
I find it's a bit difficult to calibrate properly. Especially since I watch TV with the lights on and movies with the lights off.

jliedeka, post: 304687
A cheaper, but less comprehensive alternative to the setup discs is to load up a THX DVD. All of them have a setup screen that lets you make some rudimentary adjustments especially for contrast and black level. You apparently need special glasses to get the colors right.

Some THX mastered DVDs (what I already had) Highlander, Hellraiser I & II, Akira and Fight Club.

Look at the bottom of the spine of your DVDs for the THX logo.

I've heard or read somewhere that the THX option on DVD's are film specific, geared to accurately calibrate for the movie on the DVD only. I've seen a few THX demos and they all look the same to me, so not sure if that's true.
Clint DeBoer posts on September 03, 2007 20:13
Great feedback - I will add this to the article.
jliedeka posts on September 03, 2007 19:17
A cheaper, but less comprehensive alternative to the setup discs is to load up a THX DVD. All of them have a setup screen that lets you make some rudimentary adjustments especially for contrast and black level. You apparently need special glasses to get the colors right.

Some THX mastered DVDs (what I already had) Highlander, Hellraiser I & II, Akira and Fight Club.

Look at the bottom of the spine of your DVDs for the THX logo.
Post Reply