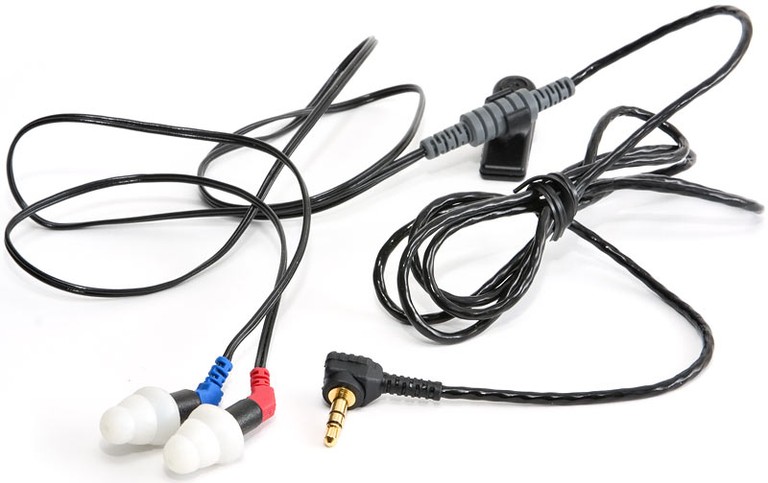 I've always been interested in reference quality music being delivered directly to my ears. Perhaps this is a leftover desire from watching The Matrix - I mean, there should be a way to get that sound to your brain uninterrupted, right? I desire the kind of music that would take me away from where I was and plant me squarely in front of the orchestra, concert, or action of a feature film. The ER-4 MicroPro earphones promised to offer transparent, reference quality music reproduction in a system designed (in particular) for audiophiles, musicians, and those who just want the most clear unblemished sound you can possibly get.
Next Page ⇨

Read the Complete Thread
KEW posts on December 14, 2010 08:15
Thanks for an interesting review!
But could you explain why you chose this title for the thread?
alienpi posts on December 14, 2010 07:58
I usually am on motorcycle forums but as we all know crossover happens. Based on another forum member's praise of the JVC Marshmallows, because they don't fall out when putting on his motorcycle helmet, I purchased them and am impressed. My other earbuds and in-ear headphones wouldn't work with my helmet (either too uncomfortable or would fall out), so I gave up on listening to music while riding, but after stumbling upon this guy finding the perfect in-helmet headphones I got excited. i listened to them inside my motorcycle helmet (Shoei RF1000) for a bit and they worked great. Due to it not being riding season for me, it's freezing, I haven't had a chance to actually take them for a ride.

I used them yesterday while snow blowing and they blocked out a sufficient amount of noise (they are very good ear plugs) and are very comfortable. I had no issues with the sound quality, but I don't usually expect much from the music coming straight out of the jack of my iPod?

The sound was actually unusually good coming out of the old iPod Nano with the Marshmallows sounding like what I expect 160kbps mp3s to sound like. As I was listening while snow blowing I was questioning whether or not the cashier got the right price on these, $20 headphones? The bass was spot on, if not a tad heavy (which is fine when there's a lot of background noise to drown it out). The middle frequencies seemed a bit recessed, but with background noise to drown out some some of the bass, I'm guessing the middle frequency recession would seem less pronounced. The highs were there and seemed to have better than average resolution, but also seemed slightly recessed relative to the bass. I was curious to how good they sound hooked up to my reference system. Naturally, I wasn't expecting a miracle, but I was expecting an improvement.

After the first few tracks of the Marshmallows hooked up to my Headroom Maxed-Out Home Headphone amplifier, is when I realized the genius of the people at JVC. In my opinion, the Marshmallows sound better powered by the iPod than by my $1000 reference level headphone amplifier. The accentuation of the bass frequencies was too much when connected to the headphone amplifier. The bass seemed to be so powerful that it sounded like one of those stereo systems that the kids have where all you can hear is the bass. Listening to some organ, I felt like I could feel the organ notes moving my outer ear.

The recession of the middle frequencies made female vocals sound unnaturally deep, almost male. And then where most other headphones sound much bigger and have a vastly more spacious sound, the Marshmallows clammed up to where I could clearly hear their soundstage compress to something smaller than what I heard straight from the ipod.

My impression is that these things are perfectly tuned to their application, and that by using reference level equipment with them just exposes their flaws, which are actually engineered compensations for the low powered portable player market, specifically the ipod since they are color coordinated with their colors.

Connecting the $20 marshmallows to the $1000 amplifier (connected to other reference level equipment) is probably not going to be a common occurrence, so I'm pretty sure that this is not a problem in general.

I looked at reviews on JVC's website and found some reviews that confirmed my review of these headphones. One reviewer in particular said they sounded better than his $200+ in-ear systems of the past.

I can definitely recommend these as in-helmet/ yardwork/ exercise headphones. I'll keep the Grado SR325s or Sennheiser HD650s for my reference system.
GlocksRock posts on July 27, 2010 15:38

BTW, I have never tried the Klipsch Image S4's, but the Image X10's are fantastic

The Image S4's are not bad, but like I said, I still found a $20 pair of JVC earbuds to sound much better than those, but the Klipsch are more comfortable and nicer looking, but not worth 5 times the price if you ask me.
dkane360 posts on July 27, 2010 14:27

Haha thats exactly what I was thinking.

BTW, I have never tried the Klipsch Image S4's, but the Image X10's are fantastic
GlocksRock posts on July 27, 2010 09:28
While I wasn't trying to save money on buying the cheap ones, I went right to the Ultimate Ears then Klipsch, I found the cheap $20 buds to beat out both the more expensive higher end buds, so I returned them to best buy and got my money back. I'm sure some of the super high end buds that cost several hundred sound better than the Klipsch ones I tried, but for the money I spent on what I have now, I'm very pleased, just wish I didn't have to go through the hassle of buying and returning the other ones.
Post Reply