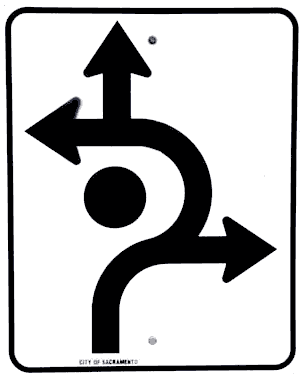 Joe has a high-end DVD player connected to his high-end receiver. He also spent tons of money on a brand new standalone video processor that feeds to his top of the line front projector.

To test your knowledge of video processing, here's a question: When Joe presses 'Play' what happens? Which component is doing the deinterlacing? Which one is scaling the image to the projector's native resolution? Which one is providing noise reduction?

Don't know? That's OK - Joe doesn't either. You see, he was convinced he had to buy the very best of everything. And as a result - he's got some very nice pieces of gear… but much of the processing that goes into the cost of that gear is going unused - at least potentially.

This article is going to quickly (and we hope "simply") go through the process of explaining how and why you will utilize video processing in your AV components - and when you should be concerned about video processing and when you can get by with spending a little less. We'll do this through the use of examples and generalizations that can be applied to your own equipment. With the right amount of A-B testing we'll help you to see for yourself what each component should be doing and simplify the process of finding out how to get the best performance out of your own system.

As a follow up on my earlier post, I had a chance to connect my DTR 8.9 to my Sony changers. It appears that via HDMI output, the best option is to feed the 8.9 1080i signal, otherwise, the picture appears blotchy on my TV. I have 8.9 outputting 720p to my TV. I don't see much difference on my Samsung between 1080i and 720p, so I went with native resolution. I will post my impressions of the receiver as a separate thread. I hope Clint and the gang will have a chance to review new Integra receivers. It looks like there are a lot of options that are available to professional installers to calibrate all home theater sources. I would be interested in Audioholics opinions on those.

Thanks for advice, Clint, but my Sony changers don't output clean 480i via HDMI … ;-(

- A
Clint DeBoer posts on December 03, 2008 12:17
480i is best with the only exception being with HD sources. Some set-top boxes will output 480i and then output 1080i automatically when an HD signal is received. Cjeck the user manual (you might have to track it down online). Ideally, you want the native output on all sources with a good processor like yours.

Good article. I liked how it was laid out.

I am still a bit confused on processing options. I recently bought a new Integra DTR 8.9 Receiver, and I am looking forward to using its Reon chip with my DVD changers, but was should I set the output to?

I am contemplating having the receiver output of 720p, but I am not sure what I should feed it from the sources if I want to utilize the power of Reon chip.

I am thinking outputting 480i from all sources to have my receiver to do all the work, as recommended in the article, the question is, will this limit the amount of details (data) output from my Dish and DVDs if I limit output to 480i, shouldn't I feed my receiver 1080i and let it do video processing?

I wanted to see what smart people think

I will, of course, tinker with the settings when I set it up and pick the best one and report on it, but I wanted to see what people think.

I have a Hitachi 46F500 RP CRT TV, this will not be replaced in the near future. My question is does all the stuff in the article apply to RP CRT?

Also how would I find out what the native resolution is for this TV?