The State of LED Front Projectors 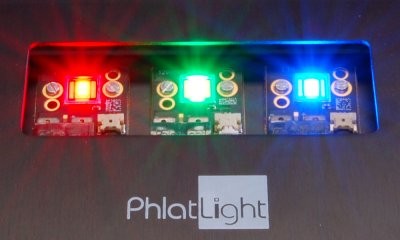 LED projectors had been rumored since as early as 2006, however none truly came to fruition (apart from largely experimental portable microprojectors) until the 2008 CEDIA Expo in Denver. LED-based front projectors would be a potential boon for consumers as they will solve several issues in the realm of home theater projection:

We have to admit, LED technology seems to be well-matched with DLP. For one, LEDs have a fast switching speed. They can switch on and off in microseconds. The micromirrors in DLP chips can match that switching speed so you can literally pulse the LEDs and mirrors to get the right colors on the screen. This not only  dramatically reduces the potential for rainbow effect (RBE), it more naturally produces a picture with higher light output potential.