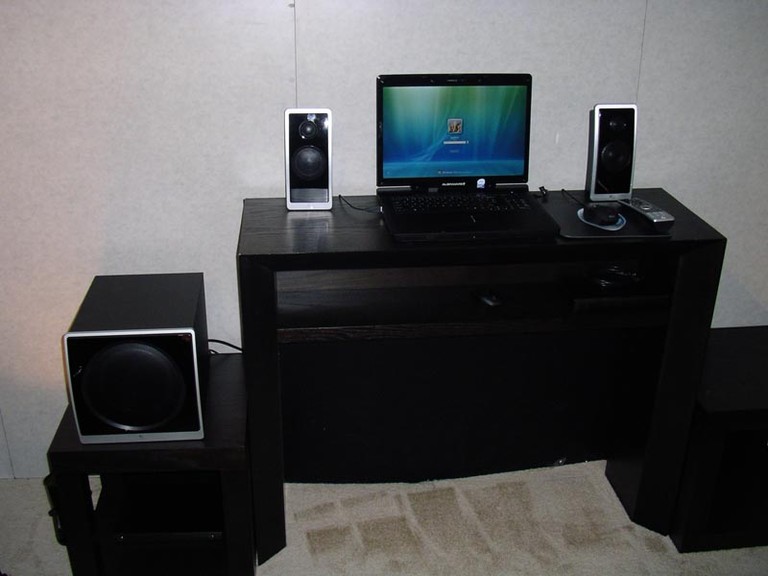 Logitech unveiled the Z Cinema Advanced Surround Sound System. The Logitech Z Cinema speaker system reproduces dialogue, film soundtracks, and gaming audio sound from your PC  into high-performance theater sound. To deliver high-performance sound and save space, the Z Cinéma speaker system uses SRS TruSurround HD, which immerses people in surround sound and enhanced movie dialog without the need for rear speakers. Using only two satellite speakers and a subwoofer, SRS TruSurround HD creates a broad sweet spot around the listener for maximum realism and enjoyment, while providing dialog enhancement in the center channel to ensure that voices are clear and intelligible.

A single USB cable provides a pure, 24-bit digital audio signal, transporting data with minimal distortion. With USB, people can expect simple, no-hassle installation. And because it’s USB, the PC soundcard can be bypassed, which means that the Z Cinéma speaker system can enhance the audio experience for any PC or laptop. No matter what kind of PC setup is present, the Z Cinéma speakers provide high-fidelity sound. The Z Cinéma speakers also include a convenient headphone jack that enables private listening, and a 3.5 mm auxiliary input that can connect to MP3 players or other audio devices.

The Logitech Z Cinéma Advanced Surround Sound System will be available in  U.S. and Europe at the end of  January. The suggested retail price is $299.99 (U.S.).

For more information go to http://www.logitech.com