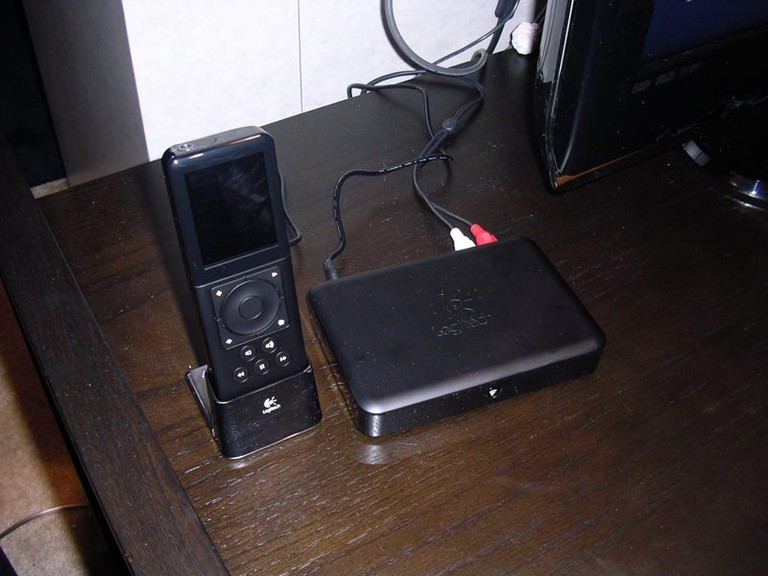 Logitech announced the release of their new and improved Squeezebox Duet network music system, which allows people to access and listen to the music they in any room of their home. The new Squeezebox Duet system offers an innovative controller, which includes a full-color LCD screen, and a compact receiver which enables people to wirelessly browse, select and play their digital music on their existing stereo speakers anywhere in the home – even when their computer is off. With the Logitech Squeezebox Duet network music system, music lovers can listen to their personal digital music collection, Internet radio and subscription services on their home-entertainment system in their living room, the stereo system in their bedroom, even on the mini-system in their kitchen  anywhere they have audio gear. And with the Squeezebox Duet controller, listeners can control their digital music from the palm of their hand. Broadband and digitization are rapidly transforming how people listen to music.

The new Squeezebox Controller features a 2.4-inch full-color LCD screen. The multi-room controller uses a convenient scroll wheel, familiar menus and intuitive buttons, making it easy for people to browse, select and play their personal music collection, Internet radio and online subscription services, such as Rhapsody, MP3tunes.com and Pandora. People can search music by artist, albums, playlists, genres and a host of other categories. Plus, the  full-color screen displays album art and allows people to personalize their screen wallpaper. The Squeezebox Duet Receiver Building on the control and audio quality of the classic Squeezebox, the new compact wireless receiver easily fits in any room in the house. Expert engineering and sophisticated audio rendering technology helps provide enhanced sound clarity. Advanced 802.11g wireless technology eliminates the need to string wires everywhere just to listen to music from the computer. And Squeezebox owners who want to control multiple music sources all over the house can easily add more receivers, allowing them to listen to a different song in each room, or synchronize their receivers to hear the same tune throughout the house. Multiple receivers can all be controlled by one Squeezebox Duet Controller. Access Millions of Songs The unique Squeezebox solution even allows people to listen to music when their computer is off. Upon registering the Squeezebox Duet network music system, people can access thousands of radio stations and millions of songs, aggregated by Logitech’s Internet service: the SqueezeNetwork, powered by the open-source SqueezeOS platform. By putting music on the SqueezeNetwork, listeners can their personal digital music collection, enjoy Internet radio or access subscription music services through their Squeezebox Duet network music system from any location with Internet access. The new Squeezebox Duet joins the original award-winning Logitech Squeezebox network music system and the audiophile’s first choice, the Logitech Transporter network music system. For current Squeezebox and Transporter owners who want to control their music from the palm of their hand, a standalone Squeezebox Controller can be purchased and easily integrated into their current setup.

For more information go to www.logitech.com.