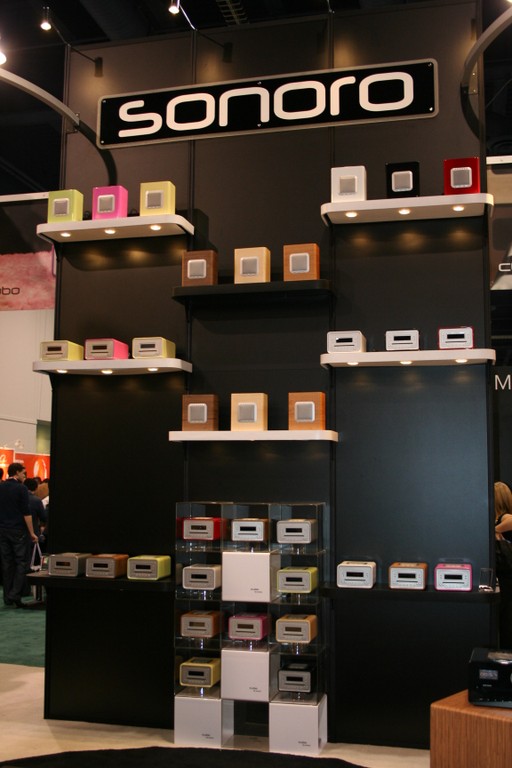 Sonoro audio announced the release of Cubo, today at CES Las Vegas.  The Cubo is a German-designed and crafted CD / MP3 clock radio. Cubo is built with a full-range speaker and integrated with a bass-reflex tube, providing music buffs a stylish solution for listening to their favorite songs in high-quality audio. The device comes equipped with a 3.5mm iPod / MP3 player connection, making music accessible from multiple sources. The product’s curved-corner design meshes easily with today’s contemporary or classic home and office atmosphere, coming in three sleek wood and seven-colored lacquer finishes.

Sonoro’s entry into the US market provides the opportunity for US distributors to offer the Cubo product line to specialty audio, high-end department stores and home décor and furnishing outlets

Cubo will be available for purchase through select retailers in early 2008 with an SRP of $289.

For more information regarding sonoro audio and its cubo line of products, please visit www.sonoro-audio.com.