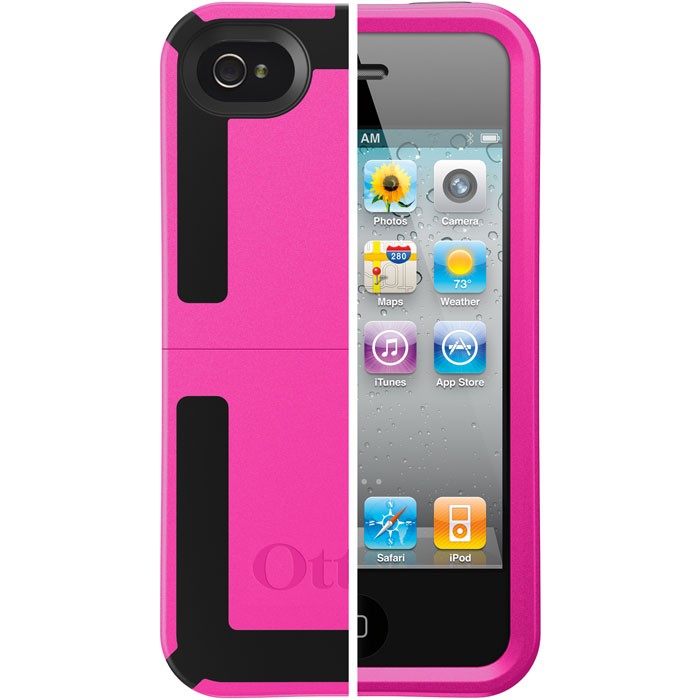 To feed the tech-hungry horde at CES, OtterBox revealed the new Reflex Series, an entirely new case line for the iPhone 4 and BlackBerry Curve 8500/9300 series. We got a taste of the new series in the upper level of South Hall 3. Leveraging OtterBox's knowledge and expertise in device protection, the Reflex Series unites two resources - polycarbonate and TPE rubber - in an unprecedented single layer concept. Inspired by the crumple zone of a car, this case not only takes a hit, it recoils and springs back, ready to protect again and again. The most important part of a vehicle during an accident is the occupant. The same concept is applied to the construction of the Reflex Series case, protecting its precious smartphone cargo in the event of drops, dings or bumps.

"There are several elements of the OtterBox Reflex Series case that go against traditional theories of design, tooling and manufacturing. We are pushing our limits to redefine how tech protection looks and functions."

In a Reflex Series case, a cushion of air surrounds either the iPhone 4 or BlackBerry Curve 8500/9300 series and flexes upon impact before returning to its original form. The case snaps apart in two halves to allow for quick and easy docking and use with device accessories and a self-adhering screen protector is included to defend from scratches.

This dual density OtterBox option offers optimum protection in a slim-fitting case, a revolutionary recipe for device fortification. The Reflex Series will be available for sale soon at www.otterbox.com.

About OtterBox
Built upon fundamentals of hard work, innovation and perseverance, OtterBox is a leader in the production of premier protective solutions for global handheld manufacturers, wireless carriers and distributors. Incorporating creativity and cutting-edge design into every product, OtterBox creates sleek and durable cases that offer reliable device protection to complement any lifestyle. OtterBox was founded in 1998 and is headquartered in Fort Collins, Colo. For more information, visit www.otterbox.com or call 888-695-8820.