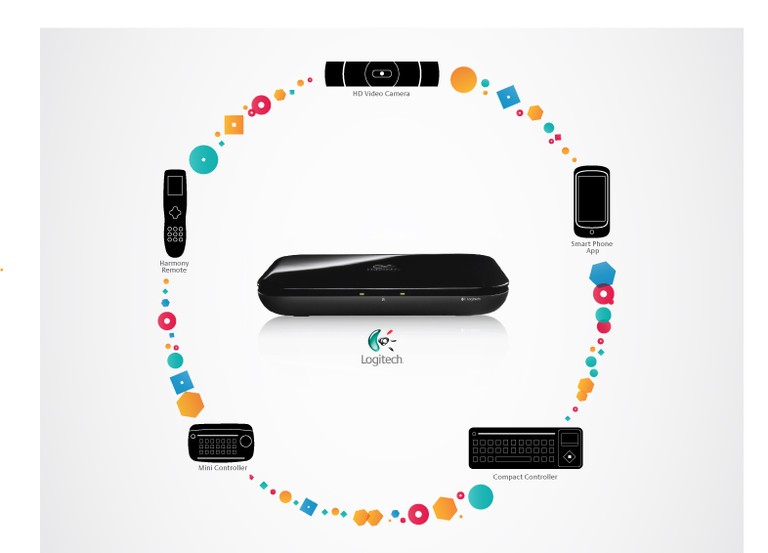 I can't remember a time when a product had more hype (or potential) than when Google announced GoogleTV. The trouble was, the leaked video and descriptions were somewhat vague and nobody truly had a real grasp on what the technology would hold. We, of course, wanted to get our grubby little hands on it as soon as earthly possible - and that was facilitated by our relationship with DISH, who sent us a Logitech Revue as soon as they had one in-hand. For anyone truly looking to unlock the full power of GoogleTV, realize that DISH is the first (currently only, as far as we know) to fully integrate their DVRs with GoogleTV without the use of IR emitters or a convoluted interface. With most DVRs, there would be no way to access recorded material, or even program new recordings from the guide via IR, due to the complexity of the tasks involved - at least not without a really manual, unimpressive process. While the newer DVRs and set-top boxes have the potential to integrate well, DISH jumped all over it and we're able to review the Logitech Revue with full DVR integration with a VIP 722 HD DVR.

Are you as excited as we are? This review is a bit different than some of my others, because we're writing it in real time. It won't post until the end, but hopefully you'll get the same sense of wonder and discover that we had going through the Logitech Revue - from unboxing it, to hooking it up, to using each of its features. It's also unique in that you'll be hearing me bounce back and forth, referring to it as both GoogleTV and the Logitech Revue. That's simply because Logitech is controlling the hardware, and GoogleTV is the guts and software that drives the interface. Sometimes they are ubiquitous, other times, we'll be specifically referring to one or the other - and the reader should understand that we don't expect GoogleTV to be responsible for any hardware criticisms any more than we would expect Logitech to be the cause of any software difficulties. BoredSysAdmin, post: 822362
Would you consider Revue that now for $99
http://www.androidcentral.com/logitech-dropping-price-revue-99


btw:
Found this:
What media formats are supported on Logitech Media Player?


Rumor has it that Google has been working to update these boxes to Honeycomb, but I find it unlikely

There's already a 3.1 beta in the wild. Maybe they'll finally add FLAC support. It'll be like one of 3 turnkey devices that actually does.

How well does this thing upscale SD video if at all?
BoredSysAdmin posts on July 28, 2011 18:13
Would you consider Revue that now for $99
http://www.androidcentral.com/logitech-dropping-price-revue-99


btw:
Found this:
What media formats are supported on Logitech Media Player?


Rumor has it that Google has been working to update these boxes to Honeycomb, but I find it unlikely
hardal posts on March 12, 2011 01:21


I have a ViP 622 receiver in my theater. I wonder if I'd get the same features as Clint got with the ViP 722 receiver.

As a DISH Network employee/customer, I just recently purchased the Logitec Revue to pair with my 722k receiver. Neat to be able to surf the net on my tv also able to search DISH network guide and DVR functions. For more info go to dish.com/google tv
Post Reply