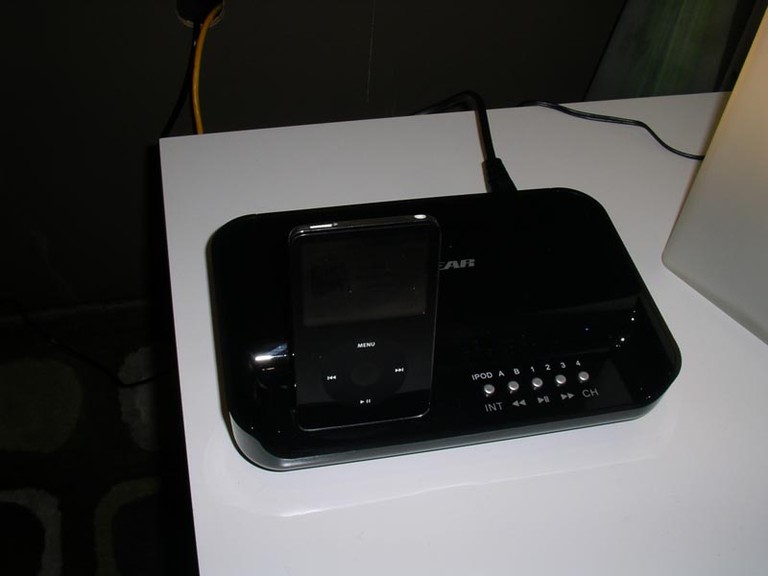 We looked at IOGEAR’s Powerline Stereo System today at CES in Las Vegas today.  The idea of this innovative product is to allow music enthusiasts to enjoy their favorite tunes from their fixed and portable music devices in any room of the house or backyard through the houses existing electrical power sockets.

By connecting a pair of powered speakers to the supplied adapter, the Powerline Stereo System transmits music to the user’s favorite rooms while reducing cable clutter. The product’s docking station comes with an iPod connection, 3.5mm input jack and RCA left and right channel inputs, enabling users to play music from CDs, MP3 players,
computers and media centers at a 990-foot range.

A remote control allows individuals to play, pause and skip through their iPod’s song selection. Consumers can plug up to four
adapters into electrical outlets to distribute their music to several locations in a home or outside.

Without sacrificing bandwidth, the device’s 56-bit DES encryption ensures data security
and low risk of interference with other RF sources. The product is also
backward-compliant with HomePlug Powerline Specifications 1.0. It is on display at the

IOGEAR’s Powerline Stereo System will be available at the end of January and will retail for $329.95.

For further information on IOGEAR and its connectivity solutions, please visit www.iogear.com.