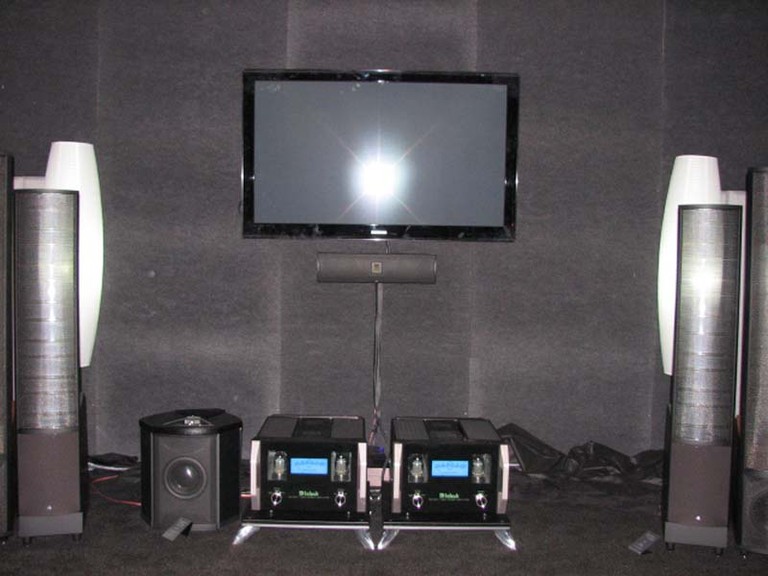 We have singled out a few common questions your fellow Audioholics have asked me in the past regarding speaker connectivity and power issues, and decided to post them here with our responses.

My amplifier is rated at 100 watts / channel. My speakers need to be rated higher than that power figure.

The more power you drive a speaker with, in most cases the better. This reduces the risk of having your amp clip and send a damaging DC current through the voice coil. Don't worry too much about the power rating of the speakers. If you hear the woofers bottoming or the sound breaking up, flatten the tone controls and reduce the volume if necessary.

When running two pairs of speakers via the A+B main speaker outputs, impedance and power ratings should be  as close as possible to the power of the amp.

There are many misconceptions in the above statement. Speaker power ratings have nothing to do with how much power they will consume. A less efficient speaker will consume more power than a more efficient design to achieve similar sound levels. A speaker rated at 4 ohms will draw twice the current as a similar one rated at 8 ohms. Impedance and sensitivity are the critical metrics in determining how power hungry a particular speaker will be.

A Rule of Thumb about Parallel and Series Connectivity of Speakers

Parallel Connection:
If your receiver has an A / B speaker selector switch and does not mute the audio when you select both but only have one pair of speakers connected, than the connections are wired in parallel and thus when you connect two pairs of speakers in this fashion, the impedance will be:

Note: In the parallel case, be careful not to use speakers with impedances lower than 8 ohms (nom) as your equivalent parallel impedance seen by the amplifier while both sets of speakers are running simultaneously will be 4 ohms; which may be too much for most receivers to handle.

Series Wiring:
If the sound goes off when you select A and B speaker outputs but only have one set of speakers connected, then the Receiver is wired in series. In that case, the equivalent impedance your receiver will see with two sets of speakers operating is:

The series case may degrade overall sound quality and halve the output volume, but it is safer to drive low impedance speakers in this fashion with less capable power amplifiers. Try to use similar speakers in this case as it will help reduce phasing problems and will better cope with sensitivity issues presented by both sets of speakers running simultaneously.

You may benefit from a speaker switch box from Niles as they do some cleaver circuit impedance tricks to ensure a safe load in maintained to your receiver with multiple speakers connected simultaneously. These are usually inexpensive (around $100-$200) and allow provisions for up to 6 or more sets of speaker operation at the same time.