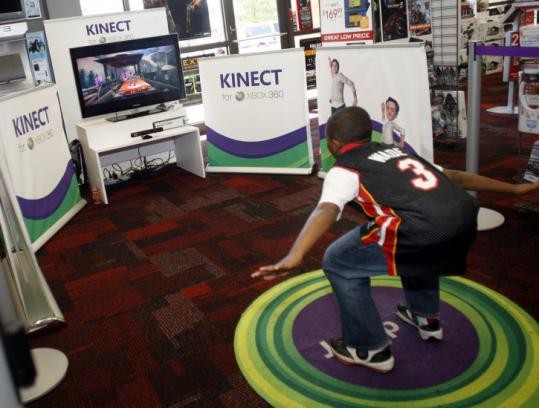 Kinect NOT Racist After All

The popular video game review website GameSpot.com caused a stir when it suggested that Microsoft Kinect for Xbox 360 might be racist. The problems started when dark-skinned GameSpot testers were having problems getting the facial recognition to work.  The site claimed that during initial calibration it had to make repeated attempts to identify darker-skinned employees while lighter skinned employees were recognized upon first try.

Despite GameSpot’s problems, it only affected face recognition and didn’t prevent melanin-rich GameSpot players from enjoying the full-motion gaming system. Skeletal tracking worked fine, no matter what your skin or clothing color.

The Kinect camera uses face-recognition to log players into his Xbox 360 account, forcing GameSpot’s darker-hued to log in manually. Very few actual games and features use the face recognition feature, so it didn’t get in the way of the game system’s enjoyment.

Kinect’s racist flap, which is now all over Internet news sources, only caused something of a joking stir on the GameSpot boards. It never amounted to the controversy some might have expected and didn’t seem to be taken seriously. One commenter even joked that Eminem wishes Kinect couldn’t calibrate his face.

The story of course, has all the symptoms of sensationalism and no science. Face recognition systems are just software behind a camera that doesn’t care about skin color. The camera does require a minimum amount of foreground lighting, especially using consumer-grade lenses in a product like Kinect. A similar story broke and was quickly squelched over HP webcams and its face recognition system.

Meanwhile - the authority in product testing, Consumer Reports caught on early and sought to quickly debunk the GameSpot story.

Consumer Reports concluded Thursday that the problem with face-recognition is related to low-level lighting and not to a player’s skin color. The Kinect system requires enough lighting and contrast to interpret subtle changes in a player’s face. With the required amount of lighting, Consumer Reports concluded, that Kinect will track changes to your face no matter what your color.

The add-on designed for Xbox 360 went on sale yesterday, retailing at $150 and includes the camera and motion sensor bar designed to sit in front of the gamer. It’s a new direction for motion-gaming which has already proven successful with Nintendo’s Wii. But Wii uses a special controller to track the player’s movements, Kinect’s systems takes a different approach with camera-and-motion-sensors, the gamer doesn’t have to hold onto anything. It has the advantage of turning video-gaming into a full-body activity for the very first time, with no special controllers in hand or platforms to stand on.

According to a Wall Street Journal report, Microsoft needs Kinect to sell more Xbox 360s as investors are anxious to see returns on Microsoft’s massive budget in the last year. For the fiscal year that ended last June, Microsoft sunk $8.7 Billion into its research and development engine, Kinect was a large part of that budget and just one of the fruits of Microsoft’s investment. According to WSJ it was the largest R&D budget of any tech company. The other biggest recipient of Microsoft’s ambitious R&D budget last fiscal year was its Bing search engine.  The budget comparatively swallows lifelong competitor Apple, which only spent $1.8 billion on R&D.

Craig Mundie, the chief research and strategy officer at Microsoft, said he believes the company's R&D investments have paid off well for Microsoft. "We kind of view ourselves as almost a pure intellectual property business, and as such one that requires a sustained investment to stay ahead and remain competitive," he said.

“…kind of?” Mr. Mundie doesn’t sound so sure. But by the end of the Christmas season we’ll be sure if motion-controlled gaming brings the spike to Xbox 360 sales that Microsoft needs for its massive investment to pay off.

Sure, Microsoft investment in R&D

MS Licensed “Kinect” technology from PrimeSense and this was never attemped to hidden by any means. By licensing it - MS indirectly DID invest in the R&D process, just not their own R&D.
Michael posts on November 15, 2010 15:44
Sure, Microsoft investment in R&D

It could well be Apple Kinect.. If Jobs would not be so agressive..
BoredSysAdmin posts on November 05, 2010 09:13
Mildly amusing. Reminds of recent HP webcam tracking software racism accusations
http://www.youtube.com/watch?v=t4DT3tQqgRM