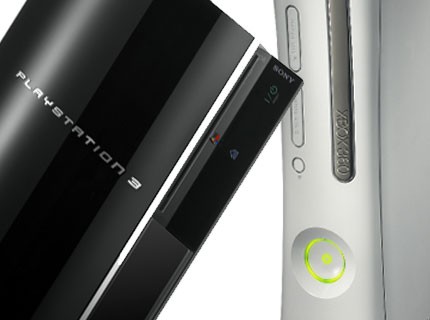 Soon after NPD Group’s sales statistics reported a decline in PS3 sales since November 2007, the vultures began circling Sony’s gaming machine. CNN’s own Silicon Alley Insider was one such vulture that claimed the PS3 is a sinking ship. But are its criticisms founded?

Statistics, they say, can be bent to say anything. But there is no denying that November 2008 sales of PlayStation 3 experienced a 19% decline when compared with sales from November 2007. NPD Group says Sony has only sold 378,000 units last month compared to 466,000 in November of last year. It doesn’t look good for Sony.

Xbox 360 sold 836,000 units last month, a marked improvement from the 777,000 units Microsoft pushed in November 2007. Of course it pales in comparison to the game console titan, Nintendo Wii. It sold 981,000 in the month of November last year and an incredible 2.04 million last month.

Sony’s console was billed as the one with future technology when it launched in the US back in ’06 just in time for the holiday season. Despite giving up a full year to Microsoft (whose Xbox 360 was released in the winter of ’05) PS3 was going to be the one with staying power. After all it had high-end technologies from its cell-processor, HDMI 1.3a and Blu-ray built into every unit. Many predicted that PS3 might sell slower at first due to its higher price. But it would still be selling strong once Microsoft’s technology began to look dated. PS3’s sales would then close out the current generation of consoles with a powerful spike that would obliterate the competition.

That sales spike is looking like the wrong end of a no. 2 pencil.

Why are PS3 Sales Falling?

The Silicon Alley Insider puts forth a list of three reasons why the PS3 probably isn’t selling as well as its competitors. All three seem like hasty assumptions.

1/ The Price: Critics of PS3 suggest its price makes other consoles more attractive. This might be true at first glance. I would argue that PS3’s perceived price looks bad. True, the in-store price-tag is $100 to $150 heftier than the competition. But sadly PS3 is only cheaper in its initial purchase.

I would argue that with built in Wi-Fi, Blu-ray, free online gaming and a hard drive that’s expandable with an inexpensive PC hard drive - its price is really quite competitive.

Sony erred in its brute-force tactic of including every technology but the kitchen sink in 2006. Expecting customers to see the long-term value in spending all that money on a console would seem to have been the wrong conclusion. It gives far too much credit to the consumer to make multi-step evaluation of its initial purchase, especially for a Christmas gift.

When you’re standing in the gaming aisle of Wal-Mart and see a game console for $100 less, you apparently need something more compelling than a feature-list of bullet-points on the box.

2/ Blu-ray isn’t so cool after all: CNN’s point #2 is preposterous. It discounts the free Blu-ray player in every PS3 by saying that nobody cares about high-def DVD. The last time I looked, Blu-ray sales are growing slowly but steadily. The article says something outright inaccurate:

“The differences between Blu-Ray and DVD are hard to see on a TV less than 50.” Maybe someone with the vision of Mr. Magoo has a hard time seeing the difference between HD and SD on a 45” HDTV but video-gamers have acute vision that can spot a metallic gun-barrel sized pixel hidden among a forest of green leaves at a rate of 60 fps. I can assure the Silicon Alley Insider that the average person weighing the differences between a PS3 and an Xbox 360 has no problem seeing an extra 600 horizontal lines of resolution hiding among 480.

It’s not the relative value of Blu-ray that was at issue here, it’s that Blu-ray was apparently marketed at the wrong crowd.

If the Silicon Alley Insider wanted to examine why the PS3’s Blu-ray player hasn’t provided the draw required to tip sales in its favor, perhaps start with the obvious. The PS3 is a gaming machine and gamers want to play games. Watching movies is a distant second.

It’s like selling a flashlight with nail clipper attachment. Sure, we all cut our nails. But most of us don’t think of reaching for the flashlight when it’s time to trim the talons.

3/ It’s the games stupid: The Insider’s last point is that there are no must-have games on PS3. This could easily be argued by PS3 fans. Metal Gear: Solid is a very popular PS3 franchise exclusive that drew-in more than a few new gamers. But I think it’s safe to say that a gaming machine needs a library of compelling, exclusive titles or it’s destined to be a last place console.

I certainly won’t judge which games or console are best. I think the market is speaking through sales. I will go out on a limb and say that the superior technology and Blu-ray aren’t enough to win this generation for PS3.

However, all isn’t lost for Sony in this generation’s console war. If I were a betting man, a slew of exclusive PS3 titles and a steep drop in price would turn Sony’s gaming sales around faster than you can swing a Wii-mote.

lsiberian, post: 511337
It is easier to program for. Microsoft's best software engineers have built tools to make making software uber easy. Visual Studio is hands down the best developer tool ever conceived. I have used compilers from all sorts of different companies, but Visual studio makes building software so easy you feel like you are cheating. The xbox 360 is essentially a gaming PC. So translating from a computer team to an xbox 360 team is a synch. Plus everyone knows Microsoft smokes everyone else on development tools. They have no competition in my mind in this area. And certainly not that I have seen.

It is easier to program for. Microsoft's best software engineers have built tools to make making software uber easy. Visual Studio is hands down the best developer tool ever conceived. I have used compilers from all sorts of different companies, but Visual studio makes building software so easy you feel like you are cheating. The xbox 360 is essentially a gaming PC. So translating from a computer team to an xbox 360 team is a synch. Plus everyone knows Microsoft smokes everyone else on development tools. They have no competition in my mind in this area. And certainly not that I have seen.

Software is the reason Windows won vs Mac and continues to keep it ahead of Linux. Even though Linus is a far more solid, secure and stable operating system(exception linspire) Windows has all the software. Everyone makes software for it. They don't need exclusive licenses because everyone makes stuff for them already.

If it takes me 80 percent of the cost to make a xbox 360 game as it does a ps3 game. And since my company has made windows games it takes far less training time and it will be easy to port it over to the PC too. Then what system will I make a game for?

That all being said I own a PS3, but I do wish I could play Gears of War 2. I loved the first one. However Resistance 1 was much longer and so it was fairly even with Gears 1. (advantage of Blu-ray)
MinusTheBear posts on January 18, 2009 23:54

What about all the peripherals you need to buy for the system to play the games. Getting drunk and playing Wii sports gets old after a while.
Shock posts on January 18, 2009 22:17
Smart people bought a Wii, and spent the extra 300 dollars on beer.
ChilliPalmer posts on January 18, 2009 03:52
Perhaps an excellent marketing ploy by Microsoft, but after buying my 360 Elite, wireless, add on, xbl membership hd ad on, I spent the same as I did on my 60GB ps3. So yes it has a lower intro price, but that adds up quickly. For the ps3 its a sort of wave effect. Sony needs the momentum of selling units to continue expensive development of exclusive games. These exclusive games then lead to the sale of more units, and so on. Right now Sony is still selling a good number of ps2s and they are using money from ps2 sales to try to boost the ps3. While sales were down last month, they have been rising pretty well. We will see in the next two years if ps3s increasing library can help sony catch up with microsoft. Im not going to sit here and debate about exclusive games, etc. Right now, my 360 is gathering alot of dust. The reasons I bought it: bioshock (now on ps3), halo, and gow. Something that hurts 360 is that almost every “exclusive” for 360 is also released on the pc and usually for cheaper, since they are designed on the same engine. Im spending more time playing my ps3 because of the wider variety of games, like LittleBigPlanet, MGS, Heavy Rain, etc. as opposed to 360s usually superior but limited FPS. Anyways the upcoming exclusives on ps3 to really watch for and may determine its success are Warhawk 2 (many dont know about warhawk but its the second fastest selling exclusive for ps3 besides resistance), resistance 3, killzone 2, white knight, new kindgom of hearts, new ratchet and clank, heavy rain, alot of rumors of new mgs, all but confirmed new twisted metal, littlebigplanet 2, MAG, gran turismo. On the other hand, it seems 360s exclusives are lacking. It lost Bioshock 2, and most of its exclusives fall under the same FPS genre. Time will tell I guess. I think one months sales are being read into too much.
Post Reply