RF Remote Controls: Is It Time for You to Step Up? 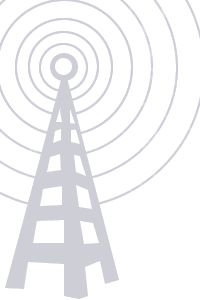 A Discussion of RF Universal Remotes vs. Traditional IR

I've been fixated on IR and RF remote controls for some time now, and it frequently shows in my review critiques. I have no tolerance for bad remotes - the industry has been around long enough to avoid any of the common errors that plague a bad unit, yet for some reason they seem to always reinvent the wheel… And often times that "wheel" ends up being flat, balding or just plain wrong for its intended use. Even with my criticisms, perhaps the best integrated remote is one that is ergonomic, but doesn't drive the cost of the unit through the roof. Remember, one thing that we DON'T want is for manufacturers to put so much into the remote control that it ends up being a non-removable option which results in more expensive gear. That's the equivalent of buying a car and being forced to pay more for an upgraded audio system when you'd just as soon go out and buy your own. In that sense, third party remotes are always (and should always be) king.

I don't know. I can only guess that there are several reasons consumers haven't jumped into the RF world in droves:

I'll be up front with you: I'm going to blow holes in every one of these reasons and attempt to convince, en masse, a complete rethinking of the RF phenomenon. Why? Because an RF remote control will change the way people (and especially spouses) view home theater. A well-programmed remote control can be the difference between apathy and generating actual excitement about an AV system.

The Way It Is, vs. the Way It Should Be

Let's paint the picture of the typical home theater system. A basic system in a household consists of a DVD player, cable or satellite box, receiver and display. In a more sophisticated system, the OEM receiver remote control unit may be programmable to handle the DVD player and even the display. It will theoretically handle the cable box, but not in a usable way (no on-demand or menu control buttons or extended DVR functions). The resulting system control "procedure" may look something like this:

Does this sound familiar? Are you still wondering why your significant other doesn't get excited about watching movies or TV? Are you curious as to why your relatives only show mild interest when you talk about your latest electronics purchase? You do? OK, let's look at another version of the above:

Yeah, that's it. OK, are you starting to get it? I know that the first scenario is an exaggeration and some of you are yelling at the computer telling me that your IR remote will allow for macros and ease of use. That's fine, and some IR-based remotes are excellent. But they aren't bullet-proof and you need to remember to correctly point the remote at the proper device in order for it to function correctly. And sometimes those macros take a while to run. In addition, some components have a very narrow angle with which the IR will correctly connect to the device. In these situations you become a contortion artist with very good timing as you swoosh and swoop the remote in a frenzied IR dance which closely resembles a Jedi lightsaber training session.

RF Remote as a Component

Here we get to my primary point and the main thrust of my article. When you move to RF you begin to enter into a place where your home theater finally becomes a "system". For too long, remote controls have played second fiddle to every other component in the system. Some people actually spend more money on cables then they do on their control system. An RF remote is just as important to a system, in terms of impressiveness and grandeur, as a display or source component upgrade. If you can grasp this concept your entertaining life will be forever changed. Imagine how much easier it will be to engage your spouse in purchasing decisions if she actually has the ability to utilize the system? If you didn't get the overt but cleverly hidden message in the previous sentence please re-read it. For far too long, we have heard complaints about how only one person in a household supports the "AV hobby" while the other simply cannot comprehend the significance of a new projector or bigger subwoofer.

This is your chance to engage. Considering that the cost of admission is just over $100 you really can't ignore the benefits.

Once your theater system becomes "one-button friendly" it will be far easier to engage your spouse in the decision-making process. Now everyone in the household can show off the system to friends and the theater room or entertainment system becomes something both homeowners can be proud of. I've lived through this and the difference is amazing.

It is high time the remote control begins to be treated as a true component and not an afterthought. 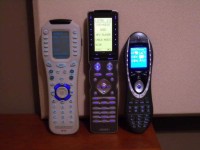 RF remotes generally work this way: The originating signal is sent from the remote as RF (radio frequency.) In the case of the MX-950 in my theater that's 418MHz, a very stable and reliable frequency band. This signal is read by an antenna module, the RFX-150 or RFX-250 which transfers it to a receiver - the MRF-250 or MRF-300 (models are given so that you can look them up later for reference). The receiver will translate the incoming RF signals into standard IR commands which are sent via IR emitters (or perhaps RS-232, more on this later) to your A/V equipment.

An RF remote control system can be very complex to set up, but the results are worth it. Instead of a standard IR remote (or series of remotes) which have to be pointed "line-of-sight" in order to work correctly, an RF remote, correctly configured, can be placed or pointed just about anywhere. You can walk towards your kitchen while initiating "DVD playback mode" on your main theater system. The distance is only limited by the RF range - and since you can add additional RF repeaters, that's almost limitless.

Because the IR emitters are positioned directly overtop of the IR sensors on the devices you are controlling, dropped commands are almost nonexistent - provided you've done your homework and set up the RF system correctly to reduce interference. With a well-designed RF system you can make an almost infinitely complex theater system usable by anyone in the family - and make sure that your settings and configurations are also kept safe.

While we can't possibly go over every single RF remote control's programming interface, it's easy to point out some simple guidelines that will help structure the process and make it much easier to program macros and device functions:

Obviously every system will differ, however here are some general tips and techniques that can be implemented which will save you countless headaches and potentially hours of troubleshooting:

The Next Generation of RF Remote Control

Something was brought to my attention recently that could possibly change the face of system control in a very significant way. Universal Remote Control, Inc has developed a set top box called the MSC-400 (Master System Controller) that does a number of things. First of all, it stores system macros, meaning that the remote now only has to send a single RF command to the unit which then calls up the associated macro and fires off commands to the system components. The second BIG feature is RS-232 control (one way for now, but a two-way box is in the works). What? RS-232 control? Yes. The MSC-400 will fire off macros which will control connected components via RS-232. Want a truly bullet-proof system - this is it.

Up until now there were two serious ways to control a complex installation: RF, which can run anywhere from $100 to $1000 or more and RS-232-based systems from the likes of Crestron and AMX which start around $4500. There was no middle ground until now. With this new system you get the ease and flexibility of RF control (not to mention a much easier programming interface) plus the added benefit of a rock-solid RS-232 system which bypasses any potential IR blaster issues or problems. Figure around $2000-$2500 for a complete system including a top-of-the-line remote and RF receiver.

This is going to cause a lot of people to reconsider upgrading a basic RF system to a more robust interface that still costs less than half of an entry-level RS-232-based installation. We'll be keeping our ears peeled for more news in this area and we'll line up a review of the new (now shipping) MSC-400 following the CEDIA 2006 Expo to test it out.

I cannot stress this enough - do not buy a comprehensive RF remote system from an unauthorized online dealer. If you want the support that goes along with the product, get it from an authorized dealer and make use of the technical support and resources that are part of the retail sale price. Getting the remote system is the solid first step to AV system independence, but if you cannot get it properly configured you have missed the mark. Most remote control companies offer excellent support options and you should be quite willing to support them for providing these helpful resources.

Hopefully by now you've seen the incredible advantages of RF system control. I don't want to see anyone settle for an old-school IR-based remote system - especially considering that a basic RF system will run you just over $100. If you truly want to have a useful, but still affordable, system that impresses and features bullet-proof control, RF is the way to go. I know I'M never looking back!

Special thanks to Glenn Gentilin of Universal Remote Control, Inc for his insight and help with this article