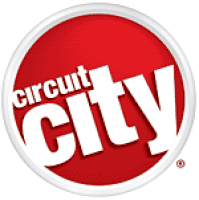 A mega-retailer that needs no introduction to Audioholics readers was the victim of a hack during the last couple of weeks. Circuit City's Home Theater message boards located at forum.circuitcity.com was unknowingly spreading a virus to anyone that browsed the forum's Home Theater pages. This is just another reason to give your local hi-fi shops a chance; friends don't let friends do HTIB at Circuit City.

Anyone who visited the virulent message board over the past two weeks using an unpatched IE browser could have had the virus installed on their PC. The virus sends its victims to another website in Russia that installs a back door on their PC. This back door gives the hackers control over the victim's computer which could be used to steal information including secure financial information.

This hack did not affect Circuit City's regular website which is hosted separately. To been given the virus you would have had to visit the forums home theater pages with an IE browser that wasn't updated with a patch included in a Windows update from last January. It's a good reason to run those Windows Updates not to mention to pick a better HomeTheaterForum .

The .biz website victims of the Circuit City attack were being routed to is hosted by a Russian Internet service provider. This website happens to be on the same block of IP Addresses as a vicious Internet fraud attack earlier this year that claimed thousands of victims worldwide.

Last March The Washington Post reported on what has been called the one of the most sophisticated internet fraud rings yet discovered. This 'keylogger' hack also exploited IE browsers and let perpetrators record keystrokes of victims thus allowing access to otherwise secure information. Victims had personal data stolen by software that allowed the hackers to steal financial information from thousands of PCs including credit card numbers.

The method behind the hack was clever. One victim, Graeme Frost got an email notifying him of a pricey digital camera purchase with his credit card. A hyperlink inside the email promised he could dispute the bill. Graeme clicked and was taken to a web page that installed the password stealing program that transmitted personal and financial information.

Despite the bad press let this not deter you from websites hosted by in Russia.