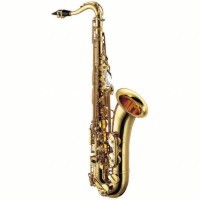 "Learn to work with a saxophone, I play just what I feel…" - Steely Dan

6 AM on a Thursday morning, I'm rambling out the grocery store with my supply of granola bars and coca-cola to survive another workweek. I get in my car, and get it going. Meanwhile, I'm fiddling with the radio dial to find a sports talkshow but I'm too far out so I'm getting fuzzy reception (I know, I know - No, I don't have satellite radio yet!). So I hit play on the CD player, and wonder what I had cued up a week ago.

What a fabulous surprise… Born To Run . Of course, I have to crank the dial hard to the right and blast my ears as I'm driving on the interstate. What a driving song, what a great sax solo. Then I wonder, "Is that the best rock sax solo ever?" What else is there?

From my sax-playing high school days, I remember a few rock songs with sax solos that really stood out. So from reminiscing and a little research, I've uncovered what I think are noteworthy (sorry, I couldn't resist that). Now I'm not considering the acoustic quality and all those detailed specs. I'm just focusing on the raw power and passion behind each sax player's expression.

Ignoring the cute light solos (Quarterflash's Harden My Heart , and Men at Work's Who Can It Be Now? among others), I've boiled it down to six main categories to explore: Pop, Light & Playful, Unconventional, Soulful, Short & Sweet, and Forward-Driving. Let's examine a few notables within each category.

Candy Dulfer's Lily Was Here : Nice instrumental pop hit that's significant merely because of the artist. Saxophone engages in a decent conversation with the guitar.

Junior Walker's Shotgun : One of those songs that you can't imagine without the saxophone. Of course, it helps that the band leader was the saxophonist. No doubt you know this song when the sax starts up. It delivers one high-energy introduction for this classic 50's R & B crossover. The sax is so woven into the song as it creates a funky dance feel.

The Champs' Tequila : What fun; clapping and guitar intro sets up this surf instrumental classic. Just a couple of minutes long but a nice little dance ditty. Everyone yelling Tequila, a great party song (albeit dated). Distinctive saxophone play that helped define the surf song genre.

Billy Joel's It's Still Rock 'n Roll To Me : Rollicking good song and the sax solo complements it well. You can't help but sway and swing back and forth to the sax's machinations. Then the sax creates a smooth lead-in back to Billy's singing. Nice.

Supertramp's The Logical Song : As the singer plays with his words, the sax player continues the sarcasm with a clean solo in the middle of the song. Then the sax wails and trills at the end.

Lou Reed's Walk on the Wild Side : A light and flirty fade-to-the-end that doesn't reveal the song's true nature yet still reinforces Lou's cavalier attitude. Like most "white bread" rock fans, I didn't learn about Lou Reed in the proper sense. Instead, I saw him in the 1985 Honda scooter commercial on MTV and investigated from there. That campaign seemed to reinvigorate Lou to do his " New York " album.

David Bowie's Young Americans : So integral to this song is David Sanborn's signature style. He introduces us to Bowie 's rapping and continues to wail in the background in a playful, muted tone. Delightful fluff.

Gerry Rafferty's Baker Street : The sax delivers a power intro to announce a mellow song; quite a contradiction. Distinctive although it does not show much range.

Sting's Fortress Around Your Heart : Branford Marsalis delivers the fade-to-the-end of this popular hit. Nice and clean, yet unfortunately he doesn't come close to approaching his potential.

Steely Dan's Aja : Wayne Shorter doesn't venture too far from his roots as he transitions from the guitar to deliver a jazzy talk. This unique solo encapsulates the unconventionality of Steely Dan (that quote about 1 in 10,000 being a fan comes to mind). The listener "listens in" as the saxophone dialogues with the drums. Shorter threatens to go wild but in the end mellows down to demurely introduce the final lyrics.

Inxs' Never Tear Us Apart : A modern romantic song that aspires to be a soulful ballad. The basic solo reaffirms the simplicity of the singer's love. The sax's screaming tone either makes you stop and wows you with passion, or completes the cliché of a basic pop love song. Either way, the sax solo completes the song's experience.

Al Stewart's Time Passages : The sax solo is pretty much a continuing sequel of what happens in "The Year Of The Cat". It starts the song with a teakettle tone and squeals away. Defines the wailing sax.

Rolling Stones' Waiting on a Friend : Sonny Rollins moans to create a low key but cheerful interlude. He recreates the feeling for the song's fade-to-the-end with plenty of note bends and meanderings. Gentle and pleasing.

Billy Joel's Scenes From An Italian Restaurant : A solo nice and slow so you can savor it. Effectively enables the tempo transition for Billy to tell us about Brenda and Eddie. Then the sax appears at the end to close the curtain on the saga. Soothing like the coffee after dessert.

Bruce Springsteen's Jungleland : The epitome of the soulful saxophone ballad; the first note just freezes you. That first note just stretches out and a slow, unrushed passion emotes from Clarence's soul and sets Bruce up for his final tragic verse. The sax creates a sweet and bittersweet flavor that reaffirms the tragedy. I remember when I was a kid how my music teacher told me to play with feeling. This song defines that comment. Clarence uses every note to express the pain that Bruce sings about.

Inxs' What You Need : Just a short set of notes that advance up the scale and escalate the song's energy. The beauty is its basic melody that I could play in the fourth grade when I started playing the saxophone but not with the conclusive wail that Kirk Pengilly delivers. Especially as he leads the song to fade.

OMD's If You Leave : Soft and gentle, this is a simple sax solo with alluring note bends.

David Bowie's Blue Jean : Hard to decipher what the lyrics really mean but this wicked sax scream of just a few notes is reinforced throughout by Bowie 's screaming. The repeat solo escalates the high-energy scream even more. Hard to beat the raw power of these few notes.

When you think of a great sax solo, the sax must passionately propel the song into the listener's spirit. While all the other categories are significant and useful to understand, this is the category that truly defines "rock solo".
George Thorogood's Bad To The Bone : Sax delivers a simple melody then jumps up an octave or two. Not much passion but good technique.

Foreigner's Urgent : A saxophone solo that encapsulates what every sax-learning kid, growing up in the rock era, hoped to be when he played. How many octaves up does Ian McDonald climb during the solo's climax? Plus he also creates that cackling tone. The song follows a trite formula but does it well, and it gets highly elevated from mediocrity because of the powerful sax solo. The sax pushes the song forward but because the "Urgent" lyrics are a pure cliché, this solo cannot approach overall greatness.

Pink Floyd's Money : Though this would comfortably fit in the Unconventional category (after all, Pink Floyd did create its own genre), Dick Parry delivers a sax solo that is powerful in how it dances and jumps and alternates high and low. He affectionately mutilates the tone and creates that wicked "rolling r" sound. He takes one pass to crescendo into a guitar solo that needs two turns to trump the sax. It's a great sax solo but it gets overshadowed by a strong guitar outburst; because of that, I can't qualify it for being the best.

Bruce Springsteen's Born To Run : It all comes back to this one song. Loud drums slap you in your face and this song just escalates to an overwhelming anthem of frustration, angst, pain, love and escape. When you think of saxophone and rock, what musician is first on the list? Clarence Clemmons, and if you don't say that, are you kidding me? This sax solo is complete; it takes all the pented-up rage bursting from Bruce and makes it boil. This to me is the quintessential rock sax solo. "Born To Run" isn't "Born To Run" without it. So much energy, the sax puts this song above most other rock anthems. Makes your foot "floor it"!

Alright, so what song did I miss? What song have I omitted that you just can't understand how I could have forgotten it? Hurry up and let me know by May 31st in this month's contest; click below to enter: