Electronics in a Bad Economy 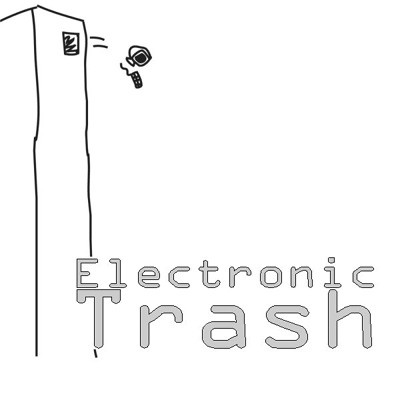 Happy New Year Audioholics! It’s a brand new year and with it comes new announcements from the tech industry. From Macworld to CES we’re in the midst of a bombardment of new cool stuff to buy. But this January finds us in the midst of one of the biggest economic slowdowns since the early 80s. Does a bleak economic outlook curtail your enthusiasm for the latest gadget?

A study was conducted by Forrester Research that concluded 60 percent of you are less likely to buy handheld video players, satellite radios, game consoles, portable GPS systems and Smartphones this year. The survey studied over 5,000 adults in the U.S. asking specifics about what areas of consumer electronics they’re will to buy or not buy in the coming year.

While this might be bad news for certain areas of the economy others aren’t so affected. The Forrester study said that HDTV and laptop purchases aren’t likely to be as affected by economy. It also concluded that almost nobody is ready to cut back on standard (non-Smartphone) cell phone services, Internet or Cable TV.

Prior to the opening of CES this year the CEA (Consumer Electronics Association) held a “State of the Industry” session. Steve Koenig, Director of industry analysis at the CEA said that despite tough times ahead:

“Technology has become a necessity. It is not a luxury anymore…”

Koenig believes consumers are going to keep on spending money on new technology in 2009 even if numbers will be down from 2008. Although the CEA deflected media queries into which segments of the consumer electronics industry are more likely to suffer, we already have a pretty good idea.

In the face of grim economic news and worries over the future of your own employment, it’s going to be a challenge to get consumers to spend on electronics. But one thing is for sure, there’ll always be a market for the practical stuff. When people aren’t spending money they tend to stay home. What they do at home is use more consumer electronics that as Mr. Koenig says; have become a necessity.

McLean Hunter did so well it turned into Comcast in the US (in Canada it’s now Rogers) and has become one of the world’s largest communications companies in the world. If there’s one thing we learned in that era is that through economic thick and thin, people love to watch TV.

Today the Internet and cell phone services can be seen as parallel services people choose not to do without. HDTV and other Home Theater devices are sure to be similar as people decide to save money in the long run by modestly entertaining themselves at home rather than going out.

The Silver Lining in Electronics Recession

The upside is that caution in electronics spending might actually be a good thing overall for consumers. It’s a much needed Darwinian holocaust for the garbage that has been peddled for far too long. I mean honestly… Do we really need a plastic dog that dances when you plug an iPod into it?

I love gadgets. But any attendee of CES will tell you that so much garbage has been shoved down the consumer’s throats for far too long. Way too many impressionable youngsters (especially the teenagers and their obedient parents) have been conned into believing they need a Smartphone. If you already have the Internet at home, do you really need every software product and services on the road?

Half of what’s been turned portable has no business being taken on the road. Do you really need to watch a movie on a DVD player that fits on one knee?

A portable movie has another name – it’s called the book!

I may be a consumer electronics writer but I make no secret of my distain for superfluous garbage being passed off as the next must-have. My impression of GPS is a running joke at my house.

I have shared custody of my six year old son with my ex-wife. During one of my pick-ups at his new neighborhood I had to learn my way around with the help of a $2 map from a local gas station. My son was in the car with me when I stopped to look up our location. He asked: Why don’t you just use the GPS?

It’s cute how kids assume everyone has the same stuff. I told him that GPS is for people who can’t read maps. Of course, the very next week he reported this fact to his mom while she was taking orders from her in-car GPS. I can just see it now:

Honestly, unless you’re a travelling salesperson or pizza deliver guy – do you really need a GPS? I completely understand that some tech devices are just too alluring to do without, even if there is no practical reason. But the average person should learn to control the number of those devices they just have to own.

So, if the economy going south has you in danger of losing your job, I honestly feel for you. It’s a terrible thing – I’ve been there, survived it and so you will you.

Hopefully this economy has people holding back on giving money to people who made items like the Cell Mate; the device that looks so stupid they just had to give a stupid name to match.

Is is the new Maslow's Hierachy

I understand what you are trying to say, but I disagree with the use of the word necessity in the context of the article.

It is the incessant use of the ‘need argument’ by corporate America to convince us that what they offer is what we need as opposed to want that has created a hyper consumerist debt laden society.

I doubt very much that anything at CES falls into the need catagory and certainly nothing there will push me up higher on Mazlow's heirarchy.

That is not to say that I don't think people should own all these fine things, just don't peddle them as necessities unless the situation actually warrants (like a salesman and his cellphone).

I'll stop ranting and drag my knuckles back to my cave now.
westcott posts on January 12, 2009 11:46
I think everyone will think twice before making a purchase of any kind. Very few people have bullet proof employement. Many people are concerned whether or not they will still be employeed by the end of the year. This affects your purchasing decisions. I go from want to have to have to have.

And, there is very little I have to have.

If everyone does the same thing, it is going to be a very difficult year for everyone.
Midcow2 posts on January 12, 2009 09:40
It is the new Maslow's Hierachy

Food is a necessity. No food, you die. I have gone 5 years without a cellphone and show no signs of imminent death. Now, if I were still in sales, I would have ‘died’ a thousand deaths of lost commisions, but thats another story.

The cable TV thing? 3 years, no cable. Not dead. In fact, I noticed a rather interesting thing: no consumer angst. Since I am no longer bombarded by a constant barrage of adds telling me I absolutely have to buy all these ‘necessities’ I have stopped worrying about all the stuff I don't have. I have lost my desire to constantly over consume. No Ipod doggies for me!

It would be nice if the recession reduced E-waste, but really, if phone companies provided cell phones that don't ‘expire’ after a year or two, we would have way less E-waste in any economy.

Is is the new Maslow's Hierachy, it depends on where you are in the current scale and what the next level step is for you. I think technology has added some addtionally smaller yet significant steps.

And they are achievable at many different budget levels through frugal purchases; equipment doe not always have to be new.

You have define what is important to you and set goals. Once that goal is achieved you set goals for a higher level and so forth! If your are not at the technology level, then obviously that is not an important goal for you.

Too eac his own, but my glass is half-full through rose colored glasses and technology is my goal

Take Care and may you future goals be fullfilled!

P.S.- I still haven't gone the iPod route either
Wayde Robson posts on January 12, 2009 09:20
Thanks for the comments Midnight.

MidnightSensi, post: 507962
But, a SmartPhone has been great for business. I can check my e-mail on the road…

The bit about Smartphones in the article was about teenagers using them.

I agree they're great for business and some people might have need for all the utilities, there's no denying it.

MidnightSensi, post: 507962
Why would anyone want to watch a movie on their knee? Obviously you don't travel much…

You'd rather use a map then a GPS?! That's rediculous.

I think you misunderstand. I'm not trying to say we need to do without electronics or that nobody should have them or trying to determine which is better a map or a GPS.

I am just saying that if you have limited budget we have to make decisions that we're going to do without some, it's a personal of choice. A study concluded that GPS systems and Smartphones are two of the first to go.

I wish language had an efficient way to negate every possible misinterpretation of what you've written. Merely omitting what you didn't say is apparently not enough.
fredk posts on January 11, 2009 18:32

“Technology has become a necessity. It is not a luxury anymore…”

What a load of self serving industry drivel!!

Food is a necessity. No food, you die. I have gone 5 years without a cellphone and show no signs of imminent death. Now, if I were still in sales, I would have ‘died’ a thousand deaths of lost commisions, but thats another story.

The cable TV thing? 3 years, no cable. Not dead. In fact, I noticed a rather interesting thing: no consumer angst. Since I am no longer bombarded by a constant barrage of adds telling me I absolutely have to buy all these ‘necessities’ I have stopped worrying about all the stuff I don't have. I have lost my desire to constantly over consume. No Ipod doggies for me!

It would be nice if the recession reduced E-waste, but really, if phone companies provided cell phones that don't ‘expire’ after a year or two, we would have way less E-waste in any economy.