CEDIA - Got My NERDAR Engaged 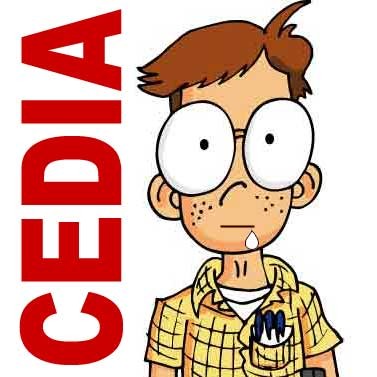 It wasn’t like I didn’t expect it. I went to CEDIA knowing full well what I was in for. First of all, I was outnumbered by men THOUSANDS to one. I was also outnumbered by nerds/geeks TENS OF THOUSANDS to one. I had set my NERDAR sensitivity to 'Low' so that it would only go off in the case of an extreme nerd incident. Otherwise, it would have beeped from the time I landed in Denver until I left.

First, let me say that I realize that geeks and nerds are similar but do have some profound differences, which I won’t go into now. Secondly, the Audioholics team attending CEDIA consisted of seven members, if you include me. NOT counting me, they were all male and mostly geek. (I am pretty sure there was ONE nerd, but I am not naming any names.) The guys were very cool, very fun and also, very funny. (A good sense of humor ALWAYS separates a geek from a nerd.) However, even the best geek lets a little nerd seep through, and these guys were no exception. My favorite was that I noticed that three of the guys always, and I do mean ALWAYS, had their blue-tooth earpieces in. ALWAYS. Breakfast: earpieces. On the show floor: earpieces. Late night dinners where ANYONE we knew was probably fast asleep on the east coast: earpieces. The best was when Eric, video guy extraordinaire, came down to the lobby for dinner the first night with what I noticed was a completely different earpiece on than he had been wearing all day. When I asked him about it he said that the batteries had died in the first one. Did you catch that? He had brought a backup earpiece. Classic. I wouldn’t be surprised if they slept in them.

Posting CEDIA coverage equals really late nights, and we all ended up a little punchy. When one of the guys argued that Padme from Star Wars was selfish to die with two new babies that needed her care, I was shocked to find myself full-on engaged in the argument. (I guess that the fact that the love of her life had turned to the dark side then used the force grip to render her unconscious didn’t play into the fact that her heart stopped. She just CHOSE to die.) There were lots of Star Wars references, now that I think about it. Oh, and Tony can imitate R2-D2. Perfectly. That is a useless but impressive talent right there. There was also no shortage of Star Trek quotes, which I didn’t understand. As the night wore on, Clint talked more like Captain Kirk and less like Clint. That was a little scary. But no one spoke Klingon to me all weekend, so that’s good.

When the Super Shuttle picked J. and I up the last morning, I was sure I was leaving it all behind. Imagine my surprise when one of the guys in the shuttle turned to his buddies and sighted the jet stream as playing into the flight being shorter going home. This was topped by his friend pointing out that flying with the spin of the earth would help too. THE SPIN OF THE EARTH, PEOPLE!!!! I couldn’t help myself. My NERDAR at that point was sounding off so loudly, I was pretty sure everyone in the van could hear it. Without thinking it through, I turned and said, “I’m sorry, my NERDAR just went off. Did someone say ‘the spin of the earth?'” Someone had. And that someone was a nerd.

I thought I was home free when we were safe inside the Denver airport terminal. I had relaxed my guard and had enjoyed possibly the first nerd-free moment of the weekend in a sports bar over a hamburger. Not a nerd in sight. Nerds are not huge sports fans, as far as I can tell. Case in point, why else would you schedule a big A/V expo on the NFL’s opening weekend? (It obviously doesn’t hurt their attending numbers - enough said. “Your honor, I rest my case.”) Surrounded by Broncos fans, I watched Jason Elam kick a last minute field goal (after apparently missing two earlier in the game). With just seconds to go, no time outs left and with like .5 seconds of set up time he won the game for the Broncos. Sa-weeeet! The room exploded in clapping and cheering, and I felt like I was returning to a world I knew.

So, imagine my surprise when I spotted this little jewel. As J. and I were waiting to board our plane, I had one last sighting. A man was sitting on the floor working on his computer, Mac and iPhone linked together. This wasn’t so bad, as I see that at my house all the time. But fashion sense (or lack of, I should say) ALWAYS separates the nerds from the geeks. This gentleman was wearing shorts, tube socks and thong flip flops. Just trying to imagine him working the thong between his toes with tube socks on made me laugh out loud.

All kidding aside, I had a great time at CEDIA. The videos we shot were a fantastic experience that even Tom’s bitterness could not diminish for me. I enjoyed the showroom floor more than I expected to. My favorite things were the demo rooms, which I hit as often as time allowed. The team was great fun and made up of such nice guys. The “Dream Team” (which consisted of the six guys) had worked together often at these type of events. They were a well-oiled machine, and I knew it from listening to J. talk about previous trips. I wasn’t sure how they’d take to a newbie, much less a girl coming along. They were extremely accepting, very gentlemanly (except for a couple gas incidences that frightened me but we’ll just chalk that up to the late hour and way too much coffee) and had me laughing until my sides hurt. All in all, that was worth putting up with a whole lot of nerd.

Dina Clarke joins Audioholics Associate Editor Tom Andry for a weekly podcast at AVRant.com, where you can also find her blogging from time to time.

birdonthebeach, post: 309574
Here is proof that Dina has something invested in this conversation:

she's about to cut anakin's head off.

Here is proof that Dina has something invested in this conversation:

GlocksRock, post: 307540
I don't know why he didn't finish him off when he had the chance.

Jedi discipline, I suppose. After all, he knew that Anakin was the one to bring balance back to the force…
GlocksRock posts on September 11, 2007 15:38
I stand corrected.

But obi didnt' know anakin had survived, so naturally that's what he told him. I don't know why he didn't finish him off when he had the chance.
Post Reply