CEDIA Bashes CA Ruling on Big TVs... So Do We 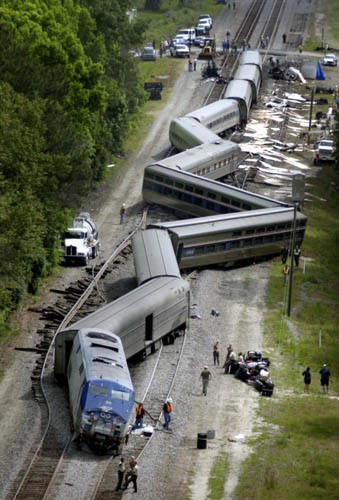 CEDIA (The Custom Electronic Design & Installation Association) is outraged by the adoption of the unnecessary and harmful regulation regarding the California TV energy efficiency standard the CEC chose to adopt yesterday. Us? We're just amused. Despite continued efforts and data outlining the negative ramifications of the ruling provided by CEDIA and the Californians for Smart Energy coalition, the CEC chose to adopt regulations on the energy consumption of televisions sold in California.  This regulation will have a significant negative impact on the sale and installation of flat-panel displays and the businesses in the residential electronic systems industry.

Of course, those are unintended consequences to the legislation - and we can't be counting on any of THOSE, can we? No, instead, California plows ahead with its blinders on, ignoring all industry data and reducing their revenues during a time of economic hardship. For those of you who don't get what the big deal is, let me summarize in an easy-to-follow bulleted list of points:

Oh, wait. I forgot a couple of points, mostly having to deal with the reality of what they've just done:

In short, the California legislators behind this idea are complete morons with no economic sense. I doubt this will even accomplish the goal of reducing energy consumption, since consumers will likely purchase what they want across state lines.

Utz Baldwin, CEDIA chief executive officer had this to say:

"CEDIA has worked tirelessly on this issue and is dismayed and frustrated at the CEC’s decision to pass the ruling. From the beginning of the hearings it was evident that the CEC had already determined the outcome before they started and had no intentions of factoring in any other viewpoints."

According to Baldwin, not only does the ruling negatively affect CEDIA members’ ability to do business, it also minimizes their ability to provide enhanced energy-efficient solutions to their clients. These are solutions that may lower energy in many other areas of the house as well.

CEDIA has worked on this issue for over a year. Throughout the process, CEDIA has provided examples to the CEC regarding the continuous efforts of electronic systems contractors who are working without a mandate to meet customers’ desire for energy-efficient homes to become more energy-efficient with numerous solutions.  CEDIA worked closely with the Californians for Smart Energy coalition and other industry stakeholders to inform the CEC about the negative consequences the proposed rule would have on the State of California, and specifically hundreds of small businesses.

CEDIA supports manufacturer and retailer participation in energy efficiency programs and has established a Green Task Force charged with researching processes and procedures for developing energy-efficient products for consumers.

Folks, this is like watching a train wreck in slow motion...

Manufacturers need not stress this issue as we at Audioholics have a solution.  Going forward, all large displays should ship in what we call "SCAM" mode which stands for Stupid CA legislation Mode. In this mode, the display brightness/contrast settings would be set a few clicks to the right of zero, audio would be disabled and backlighting would be set to minimum.   The power consumption should be measured in this mode much like an A/V receiver power consumption is measured with one channel driven at full rated power and the other channels at 1/8th power.  Who cares if you can't see or hear the picture out of the box?  You now have a "Green" friendly display that has a 90% chance of getting returned to the store by unwary consumers not being able to figure out how to get it out of this mode. Of course, this will increase the consumers' carbon footprint via unnecessary traveling back to the store, but it will satisfy the CA ruling and further line the pockets of middle eastern oil companies in the process.

This will perhaps be my last comment in this thread.

With all due respect, what's silly are the comments here that all is well in California and with personal lives. That what California will do is raise the standard of responsibility. This, despite the fact that the California stste government is utterly irresponsible in their own duties.

You declare Prop 13 as stupid and thus you present yourself as a person who believes your state government should take more money directly from your pocket. So you're OK with empowering a group of people who are stupid with your own money? And these same stupid people wll create a state of responsibility from maufacturers all the while run their scandoluous retirement pension program for state workers?

Tell me, why is it that it's up to the manufacturers to be responsible when the government of California and its people are so wreckless in limiting themselves to their own resources? Why is reducing energy consumption California's answer to the state's self-made energy crisis?

Traffic, pollution, high unemployment, still expensive housing, overpopulation, high taxes, are some of the reasons why so many Californians are choosing to move to other States. Here are some articles showing how bad things are in the Golden State and how much worse they will get.

How is increasing the scope and size of your state's government going to solve anything when it's the source of many of California's state polemic troubles? Come to think of it, won't allowing people to flee the state reduce overall energy conmsumption? Sounds like a win for your state.

The founders of Texas set up the state's legislature to meet only every other year and for only a few months during that year. Their reasoning was that the less they can meet, the less damage they can do to the state. How wise they were. Although Texas is in desparate need for its own Propositon 13 (you know, that stupid property tax reduction thing), there's no state income tax and people are coming here as quickly as others are getting out of the Sunshine State. In fact, Chicago is the nation's third most populated; Houston the nation's fourth. I would not be surprised that those numbers flip within ten years.

Big government and individual freedom cannot co-exist. One naturally shoves the other out of its way. Same goes for individual standards of living. To maintain a high standard of living, individuals must be free to innovate and develope. Government tends to get in the way of that. It's silly to be of the mindset that increasing government regulation will raise the standard, and quality, of living.

While California goes to the clunker, becomnes nothing more than a subsidy of the federal government, I'll be glad to allow Texas to lead the nation's way in creating and maintaining individual freedom and fiscal prosperity. That will be done by reducing taxes and allowing people to develope and prosper, particularly in the development of energy. Keep the state government small and let people be free to innovate and control their own property.

It's weird to me that no one here who is a proponent to California's anti-plasma TV policy has ever presented any reason that energy consumption should, let alone must, be reduced in California. And is man's proesperity destroying “Mother Earth”, some will do whatever it takes to lead the masses to believe such nonsense; but I don't buy it one bit. In fact, man's prosperity is a blessing ot himself and to all others.

As a native Californian, I will be the first to suggest that the state does some incredibly stupid things (Prop. 13) but I really question the spirit of this diatribe.

Seriously people, get a life! The fact is that they are trying anything they can think of to minimize energy demand given the millions of people who live here. Some will be dumb but some will force industry to do the right thing that responsible manufacturers already do. It's called experimentation and it's what Californians do on a daily basis (don't take that the wrong way )

Secondly, we all know that where California goes, the rest of the nation follows (eventually). We heard this refrain with Clean Air, automobiles, and it's an old argument. Some manufacturers will make 49 state models but eventually, they will converge until it's a 50 state model.

If you don't live in CA, don't sweat it, you'll be fine. Stop worrying about us and take care of your own state. We have enough problems to deal with here without the noise from outside


BTW, I didn't want to get into some sort of CA vs. the rest of the US debate but that is the meat of what I was getting from the editorial. The actual technical and economic substance was light and so easily refuted it was kinda a waste of time.

Technical - they'll solve it or cut that particular line. Plasma may have more work than others
Economic - They'll either adapt or go out of business while competitor pick up the slack.
Political - CA lawmakers are lame. No disagreement there.
MapleSyrup posts on November 23, 2009 00:58
highfigh

highfigh, post: 650021
What CA should do is compare the before/after energy consumption for the people who buy these. If the person can prove they are keeping their use in line with some simple guidelines, they don't pay extra. If the user is smart, they'll conserve in some areas to allow their use to decrease or remain constant.

Actually, what California should do is allow consumers to buy whatever television they want and to alow energy companies to, well, develope energy from their state. This is not complicated.
Post Reply