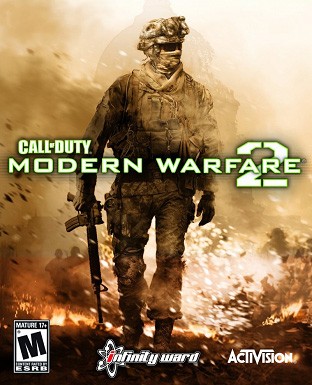 The economy is dicey and NPD analysts say video game revenue is down 13 percent. But when the going gets tough, Activision Blizzard gets going – with what could be the top grossing entertainment blockbuster of the year, despite all odds. Call of Duty: Modern Warfare 2 is the most hotly anticipated video game of the year. Some predict Modern Warfare 2 will break records as the top grossing piece of entertainment ever – period, beating out The Dark Knight’s $155 million weekend opener while topping sales of Grand Theft Auto IV.

On 9 November 2009, I volunteered to go into the breach with an 11:30 PM wake-up call. My mission was simple, obtain and play Call of Duty: Modern Warfare2 to decide if it lives up to the hype. I’m pleased to report that it exterminates the hype with extreme prejudice, and more.

The last time I attended a midnight video game opener was for Grand Theft Auto IV, I waited in line with the other lunatics at Future Shop, Canada’s answer to Best Buy. With a nap and a fresh coffee under my belt I drove past the local Future Shop this time – pausing long enough to notice about 200 game-fans camped out front of the big-box retailer just before it opened at Midnight. This time I was going to try something different, I’d answer the latest “Call of Duty” at the local mall and the EB Games.

I soon regretted my decision, the number of people waiting outside EB Games easily dwarfed Future Shop, there was a mob I estimate to be something between 500 and 1000 individuals. The line went down the hall, around the corner, down another hall through the exit and out the door.  When EB finally opened at midnight the line moved excruciatingly slow, but such is the military mantra: hurry up and wait.

One small benefit of the long wait was getting to know a few local gamers, hear the rumors and what they think Modern Warfare 2 will have in store for them. I even got to hear the latest “cool” vernacular like “sick” and “stupid”, both adjectives used to describe something deemed extremely desirable.

The downer was how much time it takes in line at EB Games. Future Shop’s GTA IV launch event was much smoother. Buyers were handed their copy of the game at one part of the line - then hustled to the register to pay, it was assembly-line retail efficiency at its best.

EB Games is one of those places that takes in used games and isn’t shy about the hard up-sell to try to bilk a little more revenue from your game purchase. Once close enough to see the transactions for myself, I could see why the line took so long. Complex trade-in rules and “special offers” warranted a continuous stream of questions and time-consuming conversation from each customer. I wanted to choke somebody! But I decided to save my violent aggression for the game I was about to receive. I finally got my copy of Call of Duty: Modern Warfare 2 by 2:30 AM. Next time, I’m buying my games at a soulless big-box warehouse store, where I can be in-and-out with my purchase in seconds.

Modern Warfare 2 single player campaign continues the franchises tradition of telling a linear story by cutting between major sub-plots, a bit like a Star Wars movie. While the storytelling structure is familiar to any Call of Duty fan, Modern Warfare 2 has enough plot twists to keep you guessing where you’ll go next.

A wide variety of beautifully rendered environments await, perhaps more than you’ve seen in any first-person shooter. The missions are fast paced and over far too quickly. They’ll take you all over the world in a dramatic story that feels like a cross between James bond and Jack Bauer.

Early in the game you’ll experience a pulse pounding snowmobile chase on an icy mountain range, the war-torn streets of Afghanistan and the slums of Rio.

You know that Activision is milking the so-called “controversy” for all it’s worth. You may have heard about an objectionable terrorist act perpetrated on civilians in the game. Players are presented with an option to skip the “terror” scene as the single player campaign loads for the first time. Of course the prompt feels more like a pitch for the faux controversy, than a sincere warning. Anyone who would object to playing through a violent terrorist attack probably shouldn’t be playing Modern Warfare 2 in the first place.

That said; I was actually taken aback by the brutal takeover of a civilian airport. The fact that you’re participating in-game makes it feel all the more evil than simply watching such cruelty in a movie. Even if you’ve elected to “play-through” this bloody section of the story, you’re character is not obligated by the game to kill innocent civilians. But how many of us want to apply real-world morality to the digital realm? It’s only fantasy and shouldn’t be controversial. If it shocks a few elders and sells a few more copies of the game - more power to Infinity Ward and Activision Blizzard!

Call of Duty: Modern Warfare 2 uses developer Infinity Ward’s IW 4.0 game engine. The environments are even more interactive than before and enemy AI is even smarter. So there are more things to destroy and the enemy won’t always behave the exact same way, every time you reload a checkpoint. The environments are larger and textures more detailed than ever before too. Couple that with the varied environments that take the player anywhere from snow capped mountains to bleak deserts to the tropics (even space and underwater) it’s a recipe for an amazing multi-player game that will provide, potentially years of enjoyment.

The sound is superb. The 5.1 directional effects from the surround channels provide acoustic queues you’ll find indispensible to game-play. One of the fine touches that set Call of Duty apart from the average first-person shooter is the talent involved in every detail of the project. I’m talking about the musical score and voice acting. The music is composed by none other than Hans Zimmer, famous for punctuating the drama in movies like Gladiator and other top Hollywood films.

Voice acting doesn’t stop with veterans like Ken Lally. Voice acting talent is also provided by Glen Moreshower of 24 fame and Kevin McKidd who you may remember from the HBO series, Rome. Also included are Craig Fairbrass, Barry Pepper, Keith David, 50 Cent and Billy Murray who reprises his role as Captain Price from the original Modern Warfare.

It’s difficult to imagine any fan of first-person shooters not being enthralled by Call of Duty: Modern Warfare 2. It’s a magnificent example of video gaming elevated beyond its

medium. It’s telling that the most common complaint of the single player campaign is that it’s over too soon. The best thrill-rides are always too short.

But single player is just a setup for a deep multiplayer game for consoles only that includes more game-modes than you can shake Kalashnikov at. The legendary Call of Duty server-side support will include the familiar experience-point system as the basis for unlockables. New weapons and equipment also await your gamer-tag as are 15 different kill-streak awards, larger maps than ever and up to 18-player mayhem.

If you’re a PS3 gamer playing on PSN, you may see me online - but not if I see you first. Gamertag: Epicondylitis.

Hi Ho, post: 705840
Am I missing something here? I can't find any info on when the map pack will be available for the PC. It's been on the Xbox for a few days. NO amount of searching has returned any results. Does anyone know? COD was a PC game from the beginning. Wow, they really don't care about the PC gamer anymore.

It's suppose to be available to PC and PS3 users on April 13th
Hi Ho posts on April 03, 2010 00:04
Am I missing something here? I can't find any info on when the map pack will be available for the PC. It's been on the Xbox for a few days. NO amount of searching has returned any results. Does anyone know? COD was a PC game from the beginning. Wow, they really don't care about the PC gamer anymore.
Tarub posts on March 13, 2010 18:38

I have Bad Company 2 on PC and it is good. It is a different kind of game. My biggest complaint would be the controls. They just seem kind of sloppy and you can't go prone! Why the hell they would not have that ability is beyond me. Besides that it looks like a good game. I haven't played it much yet.

Yeah I've heard mixed reviews although I hadn't hear you can't go prone which seems ludicrous to me. Going to get it from gamefly and try it before I go spend 65 bucks.
Hi Ho posts on March 13, 2010 14:49

BadIntensions
I havnt played MW2 since MAG came out, any body want a buy some NVG's?

Tarub
Wow! Do you have a RCG?

RaggaD
Anyone played Bad Company 2 yet? Just wondering how it compares.

I have Bad Company 2 on PC and it is good. It is a different kind of game. My biggest complaint would be the controls. They just seem kind of sloppy and you can't go prone! Why the hell they would not have that ability is beyond me. Besides that it looks like a good game. I haven't played it much yet.
Post Reply