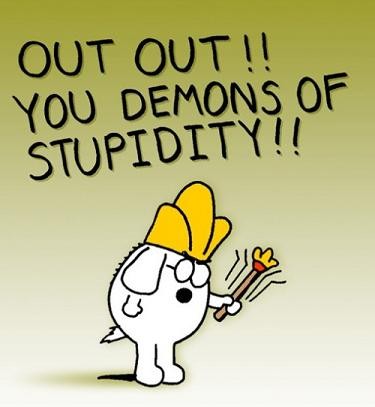 Two weeks ago, the California Energy Commission released regulatory language aimed at reducing electricity usage of television sets in the state. This news was greeted by modest media coverage, much of it hailing the commission for targeting Californians’ energy consumption.

Soon thereafter, it was announced that California’s unemployment rate jumped three-tenths of a percentage point to 12.2 percent in August.

As you can imagine, this second piece of news generated a lot more interest among the mainstream and online media. What the media – and California’s regulators – fail to realize is that these are not two distinct stories, one involving environmental regulation and the other relating to California’s sputtering economy. Instead, they are two pieces of the same overarching narrative: Government over-regulation of California’s businesses is hurting an economy that is already suffering.

The commission’s regulation, which is expected to be adopted this fall,would ban the sale of television sets that do not meet strict new requirements for energy consumption. To meet these requirements, California retailers will be forced to remove 25 percent of LCD and plasma big-screen TVs and 100 percent of current plasma models that are larger than 60 inches from store shelves. The most obvious effect of the commission’s actions will be fewer televisions for shoppers to choose from. But there are other, far more serious consequences.  Banning the sale of these popular television sets will take a serious toll on the home entertainment industry – and California’s economy – at a time when we can least afford it.

A recent economic study found that if enacted, the commission’s regulation would destroy approximately 4,600 jobs in the state of California. These jobs belong to retailers, distributors, and installers of flat-panel, large-screen television sets, many of them small business owners.

As a local TV retailer, sales of big-screen plasma and LCD TVs are my bread and butter. If the commission’s standards are put into place, our 10 stores, which have been family-owned and -operated in Los Angeles for more than 60 years, will most likely be forced to close shop. I know first-hand how difficult it is to do business in this state, but never before did I think that I would go out of business as the direct result of government regulation.

Perhaps the most sobering thing about all of this is that the commission’s actions are not that unusual in the Golden State. In Forbes Magazine’s annual report on the best and worst states in which to do business, California ranks No. 40.  One of the primary reasons cited for this hostile business environment is – you guessed it – government over-regulation of business.

In fact, just last week a study titled “Cost of State Regulations on California Small Business” was published by Sanjay Varshney and Dennis Tootelian, two faculty members at California State University, Sacramento. Among the study’s findings: Business regulation costs the state of California $493 billion,which is almost a third of the state’s gross product. Varshney and Tootelian also found that business regulation in California has resulted in a loss of 3.8 million jobs – a tenth of the state’s population.

One would think that the last thing state government would want to do during difficult economic times is impose additional regulations on an industry that is already tackling and increasing energy efficiency, creating jobs, generating state revenue, and providing a convenient and affordable entertainment option for families. And yet, that’s exactly what the commissions proposing to do. What’s more, the commission has no way of stopping California’s consumers from purchasing these particular televisions from out-of-state or online retailers. As a result, these regulations will cost the state of California an estimated $50 million in lost tax revenues as shoppers take their dollars elsewhere.

Every day, I see yet another television news story or newspaper article about California’s economic woes. Like many Californians, I know that our unemployment rate is one of the highest in the country, and that some parts of the state are experiencing 23 percent joblessness. What I am not hearing enough of is how we got ourselves into this mess in the first place and, more important, what we can do to get ourselves out of it.  I’m no expert, but I’m pretty sure that added business regulation – like the commission’s energy efficiency standards for televisions – wouldn’t be on the list of practical solutions.

Comprised of consumers, small businesses, trade groups and associations, Californians for Smart Energy (www.CASmartEnergy.com) is a growing coalition dedicated to having a real discussion about meeting California's energy needs – without job-killing regulations that are harmful to California's economy. You can also find us on Twitter(www.twitter.com/casmartenergy) and Facebook (www.facebook.com/pages/Californians-for-Smart-Energy/118950385329)and YouTube (www.youtube.com/casmartenergy).

cwall99, post: 630911
Dinosaurs died out around 64 million years ago, and despite what that creationist museum in southern Ohio would have its visitors believe (or the Flintstones for that matter), I'm pretty certain you won't find a serious paleontologist suggesting that humans and dinosaurs were around at the same time.

Still, your point is well taken.

What about the fact that people in Africa have seen dinosaurs without ever having been to a museum? Not sure if you've heard about this. There are still very deep jungles in which we haven't been and going into is extremely difficult. The existence of crocodiles, and komodo dragons indicates it may be possible for large reptiles to still be sustained in our environment. Of course I subscribe to the oxygen depletion theory for the reason of dinosaurs dying out. Not a widespread group, but it makes more logical sense to me than just the catastrophic event alone theory. Also there are stories of dragons, and cave paintings of dragons. These are compelling for sure. It seems the world we live in is less absolute than we would like. We can certainly say that Dinosaurs didn't dominate the earth with humans and certainly the larger species are likely gone. I don't think a T-rex could hide, but some of the smaller species certainly could survive.

The creationist arguments are crazy, but if a person understands the perspective I think you can respect it.
django1 posts on October 03, 2009 17:37

lsiberian, post: 630511
Should we mortgage our economic future on something so speculative.


Ecology (from Greek: ?????, oikos, “house, household, housekeeping, or living relations” ; -?????, -logia, “study of”)
The word "economy“ can be traced back to the Greek word ”one who manages a household“, derived from ?????, ”house“, and ????, ”distribute (especially, manage)“.
The two, economy and ecology, cannot and should not be separated. I for one find it difficult to accept that we should sacrifice the natural world in order that everyone should have an ever increasing number of of bigger and shinier ”things". We are not talking about feeding the hungry here but about getting richer and richer and each of us having more square footage to store our stuff…
Xargos posts on October 03, 2009 11:36

MapleSyrup, post: 630167
W-H-A-T???
So with the abundance of energy we should NOT want to use it? That defies any logic I can conjure up, let alone contrive.

Yes, by all means let's keep using dirty energy that pollutes our air, making it harder to breathe. We should all want that, shouldn't we? That sure sounds logical.

darien87, post: 630189
But if it makes you feel any better, I started “hyper-miling” when gas got to be about $5 a year or so ago and now it's a habit for me. I always shut my car off when I'm sitting at stoplights. My wife thinks I'm nuts. I think everyone should do it, but I know that I'm in the minority. The other day though, I did hear someone else starting their car at the same stoplight I was at.

I appreciate the effort, but it still won't increase your mileage by enough to offset the difference in the vehicle. My 35+ MPG around town is without hyper-miling, and on the highway it hits 41+ MPG. Once the Mustang becomes a 30+ MPG around town option I will consider it more practical.

Excellence? That would include personal responsibility. Money and possessions don't measure excellence.

lsiberian, post: 630511
Furthermore, Climate Change is a constant regardless of human interaction. So I'm not totally convinced of the supposed human warming trend. A volcano has a much larger effect on the atmosphere than our industries. Should we mortgage our economic future on something so speculative.

Yeah, sure there is no human influence.

Plenty of studies say otherwise, and taking a chance on those studies being wrong is more of a risk than doing something. Even if the studies are wrong, which I seriously doubt, I still want my clean air.
highfigh posts on October 03, 2009 11:32

cwall99, post: 630911
He does have a rather “Ted Kaczynski-ish” feel to his prose. Though I think you overstate the case for how long people (or people wannabes) have been around. It's much longer than 6,000 years, but, from what I've read in a number of sources, it's more like 3 to 4 million years. Maybe a bit longer.

Dinosaurs died out around 64 million years ago, and despite what that creationist museum in southern Ohio would have its visitors believe (or the Flintstones for that matter), I'm pretty certain you won't find a serious paleontologist suggesting that humans and dinosaurs were around at the same time.

Still, your point is well taken.

Re: “It's much longer than 6,000 years, but, from what I've read in a number of sources, it's more like 3 to 4 million years. Maybe a bit longer.”, I wasn't saying that humans have been around for the 6000 year window of some religions. Hominids may have been around for that longer period but not as we know ‘homosapien’. The “environmental biologist” wrote “Somewhere along the line–at about a billion years ago, maybe half that–we quit the contract and became a cancer.”. That's just not accurate and can't be called ‘science’.
cwall99 posts on October 03, 2009 09:49

1) This is your direct reaction to my answering your bombing of Hiroshima. Under that scenario, war was declared already. But, hey, you knew that, citing FDR and all. Once war is declared, the Commander-in-Chief pretty much has a free reign on how and when to use the troops.

2) Strictly speaking, Congress only has to authorize the use of force to effectively have a war. Congress , for example, never “declared war” for Iraq; but it was still completely constitutional to go to war there since use of force was authorized by Congress and acted upon by the President.

3) The President, by law passed by Congress, may deploy the military anywhere in the world at any moments notice. Congress is to then meet and decide on funding his action. They may fund or defund the president's decision. Defunding it effectively terminates opperations.

Good talking to you.

Well, okay, that's kind of splitting hairs as I was looking to be brief (as I'd probably already rambled on excessively). The point is that Congress has to authorize the use of military force. That's all, so while I may be incorrect in the letter of the law, I think our understanding of the spirit of the law lines up pretty neatly.
Post Reply