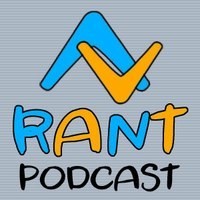 J and Tom discuss the most confusing of all topics - HDMI. 1.0, 1.1, 1.2, 1.3, 1.3a… wow, all those different standards in just a few years? Which is the best? Should you upgrade? Should you let your receiver, the display, or the transport do the processing? Some combination of those three? Do cables really matter? Confused? You won’t be (we hope). Keep those questions coming and we’ll keep putting out the episodes. Tom and Dina return next week but for now, Tom is basking on the beach in Antalya.

FoolintheRain, post: 313335
I think what they meant was that upscaling/upconverting can't be done over component cable. That makes a little more sense doesn't it?

See Clint's explanation above. A component cable is a wire and there is nothing inherent to the cable that imits the bandwidth it can pass. Component cables can carry 1080p and far beyond.

The manufacturers however don't implement the functionality of passing 1080p or upscaling lower resolution signals to 1080p due to the DRM crap. If they did we'd have mass hysteria, rampant piracy, dogs and cats living together…
FoolintheRain posts on September 25, 2007 22:05
Just listened to the podcast and they were just completely wrong about component cable. They specifically said that component can't pass 1080i/p at all and that very few pass 720p. If that were the case then all of us watching HDTV before hdmi came out via cable boxes, set-top boxes, and satellite boxes have not been seeing HDTV? All those HDTVs and projectors without HDMI inputs aren't really displaying HDTV? Not to mention all the BD and HD DVD people who have been watching these discs via componant cables.

Component can easily pass 1080i and 720p. And it can actually pass 1080p, however, not legally I would venture to say that the majority or displays and boxes out there only have component only. HDMI has only been around a few years. HDTV has been around longer. They could maybe watch DVE for an explanation or maybe they should wikipedia component cables next time.