3D: The Most Predictable Flop in Recent History 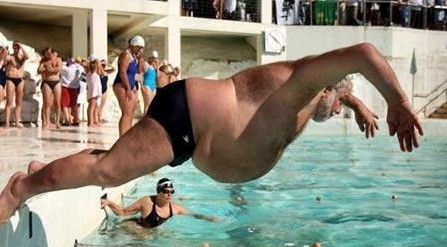 I've been a big critic of 3D for some time now. The industry has been pushing it full steam for over a year and it's really been amazing to see such a concerted effort being poured into something that I have felt is only destined to fail as a mainstream format. I'm not alone in my thoughts, but I am certainly unwelcome in an industry that seems to be hanging its hopes on a new way to make money from consumers being consistently drawn into new and decidedly non-traditional ways of consuming media. There are several reasons for my skepticism that 3D will somehow take over the industry anytime soon:

3D Will Prove to Be Unsafe for Long-Term Mass Consumption

The reason why you hear so many people talk of being disoriented or even have headaches after watching a 3D film is because your eyes are essentially being tricked into seeing depth where there is none. While your mind is looking at things that are apparently very deep and also very close, your eyes are firmly fixed at the plane level of the screen, forced there by the glasses and projection methods that deliver 3D in a way that has each eye focusing on something different to deliver the effect. As we've discussed in another article, 3D can actually be unsafe for long periods of time, especially for children in their pre-teen years. Do I think everyone is going to go blind? No. But 3D is not designed for , nor recommended for, extended viewing. It must remain niche to be safe.

Most Filmmakers are Treating 3D Like the Gimmick It Is

Most filmmakers today, with the exception of James Cameron and a few others, are treating 3D like the gimmick it is. 3D should be, in my opinion, kept in the frame. That's what made Avatar so amazing. Nothing jumped out at you in some stupid gimmicky way, breaking the reality of the shot and taking you out of the film. The entire movie was like looking through a window into another world. This is also the only way 3D is going to be impressive on a 42- or 50-inch screen. If you are looking into a 3D world, it's a great experience. If, however, you are having things constantly break the plane of the screen and try to jump into your lap, some director is attempting to play you for a fool.

Post-Processed 3D is Not the Same as Real 3D

Many studios are using companies like Prime Focus' View-D Technology to convert their 2D source material into 3D films by way of post-processing. The problem with this is that it doesn't work. If you don't plan and shoot your film for 3D, then you end up with a gimmicky, in-your-face, unrealistic film that doesn't at all look like it was shot for 3D. To-date nearly 99% of all studio 3D films being promoted as 3D fall into this category. For example, Warner Bros' Clash of the Titans was filmed in 2D but the studio later opted for 3D. So in about 10 weeks the film was converted to 3D in order to meet its release date. The cost? Around $4.5 million, but now they could garner an additional 50% on ticket sales for the 3D showings. The problem? It was never designed for 3D and as a result it didn't allow you to peer into the depths of the film, it simply had various elements that jumped out at you, breaking the plane left and right throughout the entire film and ruining the experience and the primary method of film storytelling: the willing suspension of disbelief. If you don't shoot your film in 3D, using 3D cameras and with a Director and Director of Photography who understand the format - do us all a favor and keep it in 2D. Here is a video from Wired that shows some of how 3D post processing was done for the new Harry Potter Films.

3D in the Home is Expensive, Confusing, and Lackluster

There is a lot to be said for 3D in the home. Currently it is being marketed, oddly enough, at those who would want to watch 3D Blu-ray in their living rooms. The problem with this, is that there are hardly any titles available, though nowadays it seems as if every new Blu-ray player and TV are being announced with support of these features. With the exception of Cloudy with a Chance of Meatballs and Goldberg Variations Acoustica from AIX Records the pickens are slim.  I think there is a place for 3D in the home, but it's going to be gaming, not 3D. So far broadcast 3D has been largely a flop and the hardware needed to get 3D functioning is largely cost prohibitive - unless you think springing $100 x 4 for your family to don wireless shutter glasses is a drop in the bucket (not to mention the premium price for 3D-ready televisions). For now this is largely an economy of scale problem, but it's also indicative of an industry that is not in sync with itself, and one that isn't jumping in with both feet - more like sticking their toes in. Andwith the electronics industry picking up the tab for adding new features that aren't yet fully realized, studios are comfortable taking their sweet ole time to see how things shake out in the box office. I know one thing, when Avatar came out on Blu-ray and it wasn't 3D - that says something about the confidence level of the industry in its new format of choice.

Here Comes the Storm - Quick, Everybody Open Your Wallets!

In keeping with the above point, what Hollywood is hoping will happen is that consumers will love this new 3D craze so much that they will literally hemorrhage money out of their wallets in order to pick up back titles in 3D. If you though George Lucas was done with his 37th release of Star Wars, having put it out on VHS, BetaMax, Laserdisc, DVD, Extended Edition, Theatrical Edition, Remastered Editions and the various Box Sets, you're gravely mistaken. Now everyone gets to release their favorite films in remastered, post-processed 3D.

3D gained new heights when Avatar made a record-breaking $2.7 billion at the box-office. But that was a 3D film, made for 3D, shot in 3D and with a director who intended and understood 3D, having worked extensively with it in the past. Following Avatar, several other 3D films have done well at the box office this past year, including Alice in Wonderland and Clash of the Titans. This trend, however, might be hitting its tipping point, and films which have done relatively poorly, like Cats & Dogs: The Revenge of Kitty Galore and Step Up 3D, are showing Hollywood that 3D does not equate to instant money.

So the question is, what do YOU think about 3D films? Is this the next big thing? Will you rush out to buy Star Wars Episodes 1 through 6 in 3D if and when they are re-re-re-re-re-re-re-released on 3D Blu-ray? Are you interested in seeing Fletch 3D? How about Army of Darkness? Hollywood is betting you will, but the odds are finally starting to stack up against them and this house of cards seems very poised to fall, but not before they squeak out every last red cent they can from consumers before the craze is over.

Read the Complete Thread
j_garcia posts on December 07, 2011 11:53
I setup the new TV and tried out TRON3D last night and WOW. Maybe it is a gimmick, but it sure is cool. It actually looks better on my TV than what I've seen in theaters. Does that mean I will run out and start buying 3D movies or start watching everything in 3D? Not likely. The glasses are surprisingly inexpensive now and work very well, and actually are not uncomfortable. I bought 2 pairs of bluetooth active glasses for just $65.
skizzerflake posts on December 05, 2011 22:42

It was Odo-rama when I smelled it. I had a card from one John Waters' movies, can't recall which, but when the icon appeared on the screen, you scratch and sniff, things like 3 day old armpits, stale peanut butter and some things I won't mention.

Aside from 3D glasses and Oro-rama, there have also been seats wired with buzzers to startle viewers, special two-color glasses that would allow you to see or not see ghosts and GOK what else.

I keep hoping that 3D will go the way of Ghost Glasses.
j_garcia posts on December 05, 2011 16:55
Just bought my new TV and it is 3D. Didn't have a choice because the options I wanted don't come on a model that ISN'T 3D. I only own one 3D movie, which also was sort of “forced” on me as the version of Tron I wanted (with the both films) only came with both films AND the 3D version. I don't really intend to make 3D a purchase point, and I still don't see a huge number of titles being released, which should be very telling.
BoredSysAdmin posts on December 05, 2011 15:29
Why 3D movies need to die