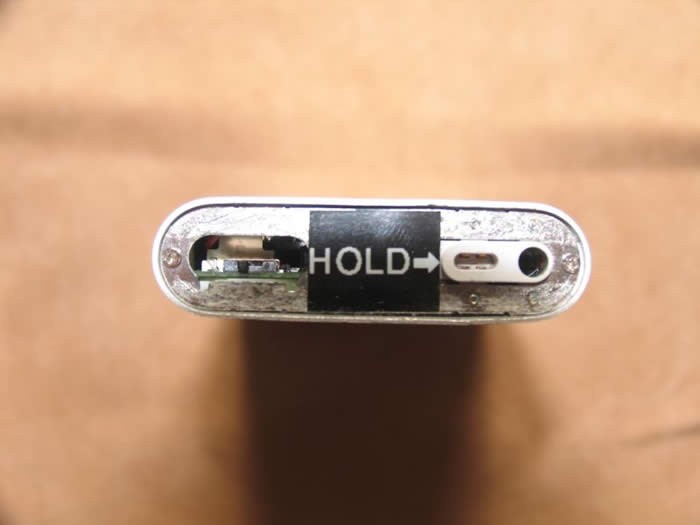 All right, I confess: I don’t go anywhere without my iPod Mini. Because it holds my contacts, calendar, and other work-related information, I carry it like a PDA at work everyday. Of course, the fact that it holds nearly every favorite jazz tune I’ve ever heard (not to mention all of my Steely Dan) doesn’t hurt. I purchased my (now discontinued) iPod Mini directly from Apple when they debuted in early 2004, just beating the now infamous multi-month wait for the instant hit; I received mine in (just) three weeks. At the time, the Mini was the world’s smallest multi-gigabyte MP3 player, and the first iPod that could easily fit in a shirt pocket (and still sound just as good as its big brother). Of course, the “smallest multi-gigabyte iPod” designation has long been passed to the Nano, but the Mini continues to hold one distinction the Nano (or even smaller Shuffle) will never supplant: the ability to upgrade its storage capacity.

What’s Under The Cover? While all iPods eventually suffer from reduced battery life, the Minis where especially bad in this regard. In fact, I was contemplating replacing my battery for months when my hard-drive finally crashed, rendering it useless (luckily, I had just made a back-up the week before!). What to do? It was then that I stumbled across a website encouraging you to “kill two birds with one stone”: replace (and enhance) the original battery while replacing (in my case doubling) the hard-drive capacity at the same. The only difference between replacing the just the battery and the battery plus hard-drive is that you completely remove the iPod innards from the outer shell instead of just partially sliding them out. Follow the links to order the battery (which comes with the required tools and instructional video) and Compact Flash Type II+ hard-drive. There are plenty of pictures and videos of iPod innards on the internet, so I’m not going bother reproducing them, but there are a few “gotchas” that I’d like to point out. As usual, these things always take longer than the “pros” tell you, so I would budget at least two hours of uninterrupted time. All I used is what’s in this picture, along my computer to refomat/restore the iPod when finished. The hair dryer is as critical as the tools; the key to removing the top and bottom covers on a Mini is softening up the glue holding them on without burning up the device itself. Other tips include: Finally, I left the top end cap off as shown in this picture. There was so much glue and so much surface area to cover, I didn’t want to think about having to remove it again for future upgrades. Besides, the “hold” switch is easily accessed and my carefully placed label indicating switch direction covers the only other gap. I did replace the bottom end cap, because it actually had some retention clips (more so than the glue) and there was potentially a lot of exposure for dust and dirt to enter around the dock connector.

How Much for How Much?

The 8Gbyte hard-drive and 600mAh battery effectively doubles the capacity of my original Mini while increasing the original battery life. In summary: There you have it: a good-as-new 7.3GB (formatted capacity) iPod Mini for less money than a new iPod Nano. The best thing is, you can continue increasing capacity as CF technology advances, where you would have to buy an entirely new Nano. Not to mention the Mini’s brushed metal shell still rules where the Nano just accumulates scratches. By the way, you’ll notice in the picture I’ve also implemented the “digital battery meter” hack. Not bad for a couple of hours and a couple of hundred bucks.