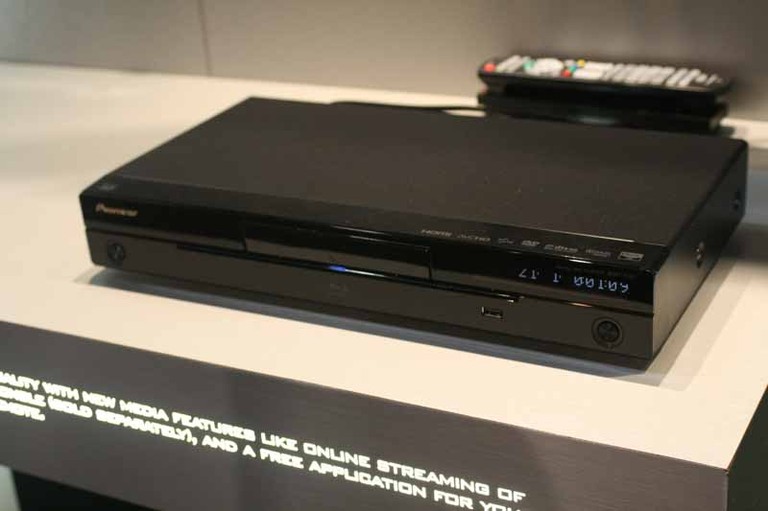 For the first time, Pioneer previewed its line of Blu-ray 3D players, which included two Elite models and a "regular (unleaded) model. This is Pioneer’s first foray into the 3D category and they have included streaming content partners such as Netflix, YouTube and Pandora in the mix. None of the players include built-in Wi-Fi, but an optional adapter can be purchased with each. The Elite players also have RS-232 options and they can be controlled via Ethernet as well, bringing them up-to-date with such home control systems as Control4 and the newer Crestron and AMX protocols and hardware. Pioneer also announced a new iPhone/iPod app that allows you to control basic functions such as navigation and playback controls from the screen of an Apple product. It's good to see them moving in this direction as it seems the remote control is taking a decided turn towards the touch screen app these days (which would you prefer, a $250 touch screen remote, or an Apple iPod Touch with software?) Check out the screen shots we took of the app:

Pricing and availability will be announced at a future date.