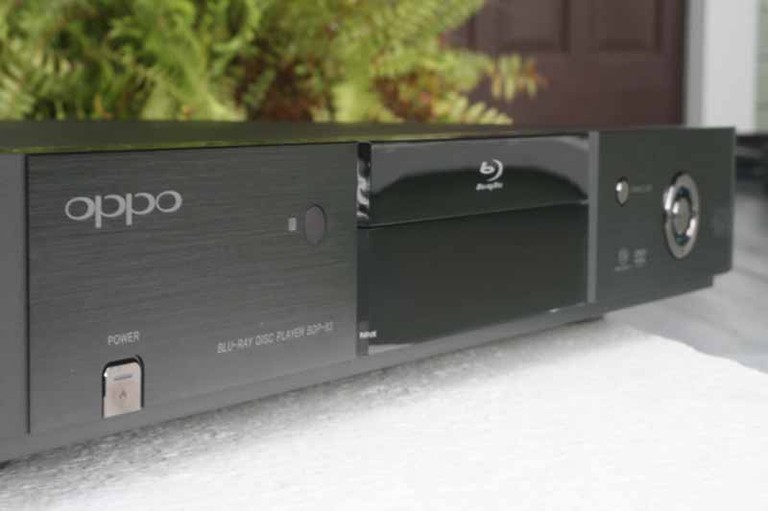 Last year we reviewed the Oppo DV-983H universal DVD player which, while a couple years too late to market, was still an impressive product that redefined the price points for universal players. Now, with the only other universal Blu-ray/DVD player coming in at almost 10x the price, Oppo has finally beat the market and brings a true universal disc player to the home theater market that not only plays Blu-ray discs, but also DVD-Audio, SACD and, of course, DVD videos and CDs.
Next Page ⇨

Read the Complete Thread
j_garcia posts on April 06, 2010 20:10
Update on my issue with Max Payne BD and the new beta firmware: I dropped by their office here and they confirmed the issue. The disc plays fine with the 1224 firmware but not with the current beta release. They are looking into it. It played fine on the BD-80 with the current production firmware.
adk highlander posts on April 06, 2010 09:32
I've come across a bit of info that will be helpful to anyone using the IR input on the back of the BDP-83. It DOES NOT use a standard 3.5mm mono plug.

If you use a standard plug it can cause damage to the player.

PearlcorderS701, post: 706223
LOL reading your quote I realized I made a typo again. Instead of ……couldn't give up….., it should have been …..couldn't keep up…… Regardless, it is appreciated either way you understood it.

Can you try and put this comment into context again? I totally lost track of what we were talking about…:o

LOL reading your quote I realized I made a typo again. Instead of ……couldn't give up….., it should have been …..couldn't keep up…… Regardless, it is appreciated either way you understood it.

Assuming you are in the US is it possible for you to visit a best buy store and ask for a demo of the Pioneer BDP-320 or the higher Elite models? Those models did not fare as well as the Oppo 83 in synthetic tests but they do allow some adjustments for NR. Again, I find the XDE produces sharper pictures in general but the Pioneer and the Samsung produce smoother, slightly more noise free pictures. I only mention this again as I believe you said you prefer to have the video processing done in the player. The Edge is nice but it does cost a few bucks and it is a stand alone unit.

Sure, I can get to a local Best Buy (I am in the U.S.) and demo these players – I have heard that these offer better noise reduction (well, more effective) than most players out there. I will try and check this out; thanks for the lead.

You meant it's like the stock market months before it crashed in 2008?

You have to admit though, Oppo never really ‘hypes’ their stuff up, it has been a few enthusiastic users who might have exaggerated their superior performance to some degree. IMHO this sort of thiings happen with all sorts of products, including cars, vacuum cleaners etc., not just BD players.

I suppose there's something to be said about this.