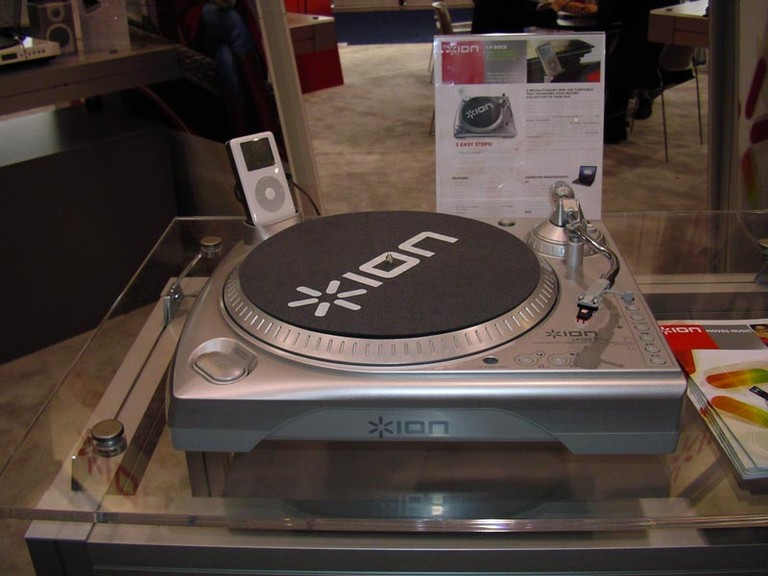 ION Audio introduced its LP DOCK, an innovative new USB turntable that allows users to convert Vinyl LP records to directly to iTunes and/or iPod. LP DOCK is the first of its kind to deliver direct-to-iPod technology.

ION Audio’s LP DOCK USB Turntable easily transfers old vinyl collections directly to your iTunes library or an iPod. Included software quickly and easily archives records to a computer for transfer to CD or any MP3 player and cleans up noisy pops and clicks inherent on some old vinyl recordings.

Users of earlier iPod models can transfer captured vinyl recordings from LP DOCK to their iPod through iTunes; included software easily transfers vinyl directly to the user’s iTunes Library. Owners of iPod Classic or 5th generation (Video) and 2nd or 3rd generation iPod nano can record directly from vinyl to iPod without a computer.

LP DOCK has a suggested retail price of $299 and will be available by the end of January.