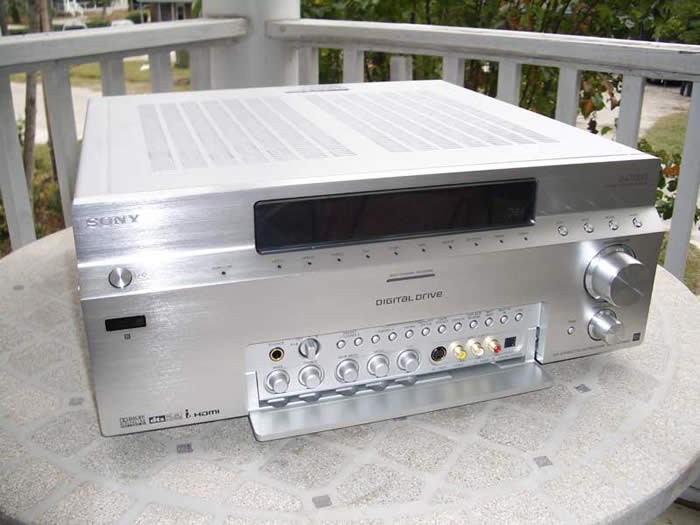 Sony's ES line of products has a long heritage of being the best the company has to offer. This is the first official review of a Sony ES receiver by Audioholics so we wanted to see how their latest model, the STR-DA7100ES, compared against some of the newest competition within the market. Our focus was on usability, power handling, and features - the trinity of performance and rating criteria that are expected of any new product review. The Sony STR-DA7100ES is a beautiful looking receiver in my opinion. This product is as distinctive as it is sturdy looking. We popped the hood and quickly located the massive transformer which takes up about one-fifth the entire volume of the chassis. A single 10,000 microfarad 100V filter capacitor is all you can see from the top, but 14 hidden caps underneath combined with 4 MOSFET transistors per channel makes sure that this digital amplifier has plenty of power where it's needed.

The STR-DA7100ES features an 1/8" thick brushed aluminum faceplate that has a nice retro, aggressive stance. This is probably a result of the polished aluminum accents on the volume and input knobs and a graceful concave shape which appears just below the angularly recessed LCD display and input LEDs gracing the top of the unit.