The Truth About Interconnects and Cables 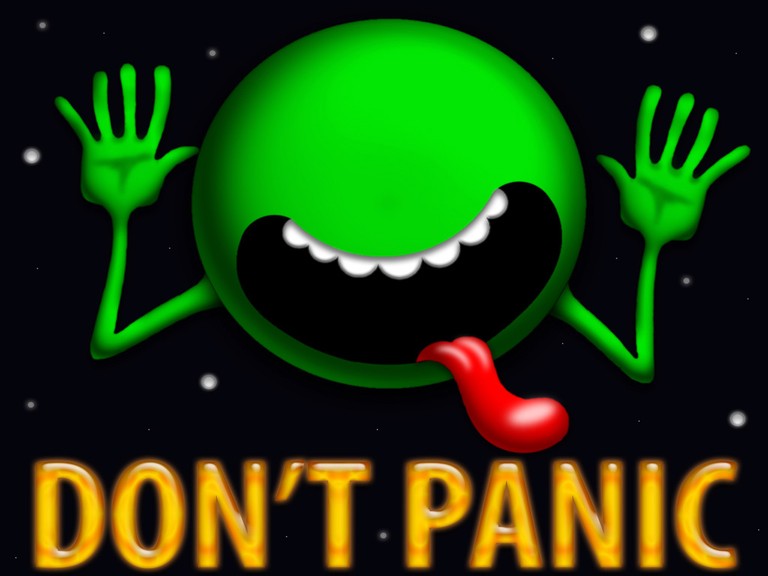 "I refuse to prove that I exist," says God, "for proof denies faith, and without faith, I am nothing."

- The Hitchhikers Guide to the Galaxy, Douglas Adams

The above could just as easily be re-phrased - for example ...

"I refuse to prove that my cables will make your system sound better", says the snake oil vendor, "for proof denies faith, and without faith, you will hear nothing."

The tenets of faith are an absolute requirement for many of the claims that are made for many (probably most) of the "esoteric" hi-fi additions that you will find everywhere on the web. There is no real information, technical, scientific or otherwise, and the only terms you will hear will be of a subjective nature - for example "solid, sparkling, sweet, musical" will be contrasted with "muffled, veiled, grainy, harsh" - the very selection of the words is designed to sway you to their position, preferably subconsciously.

The marketing is often very subtle, and extremely persuasive, and there is no confusing techno-talk in there to confuse the non technical reader. While it may seem like Nirvana, the claims are nearly all completely false.

Faith (in the religious sense) is based on the premise that faith is God's proof that God's existence is truth and does not rely on facts. Indeed, if facts were available, then faith is not required - so in a sense, faith can be seen to be based on an absence of evidence - a fiction.

Believers may also qualify faith as either representing truth or they will represent it as being above and beyond our understanding. Truth becomes a consequence of faith which is the believer's recognition of the absence of evidence. Truth is therefore defined according to a circular perception.

I am not about to dispute the religious beliefs of anyone - these are sacrosanct, and belong to the individual alone. When the same arguments are used for audio, this is a different matter. Audio (unlike religious beliefs) is based on science. Without the efforts of scientific work and studies over many years by a great many people, we would not have audio as we know it. Now, we have charlatans and thieves claiming that science is ruining audio, and that we have to get back to the basics to enable real enjoyment.

You need, nay! must have! the latest shiny rock on top of your CD player, lest the sound be harsh, grainy, and lacking bass authority, and without the latest cables at only $200 per foot, you are missing out on half of the music. But ... you must believe, for the magic will surely be dissipated instantly should you attempt even the most rudimentary scientific test, or even request any technical information.

Now, consider the situation with watches. Has any ultra-high-priced watchmaker ever claimed that the "quality" of the time told by their watch is superior to that from "ordinary" watches, or that the "sense" of the time has greater depth and more "chi"? Maybe they just haven't thought of that angle yet, but I expect that this is unlikely. The simple fact is that these pieces of jewelry are finely crafted and superbly executed timekeepers, but are usually no better or worse that "lesser" brands that do exactly the same job.

The situation with cables is no different - you may choose to pay outlandish prices to get something that looks amazing, and demonstrates to everyone how much money you have, but it will not make a magical difference to the sound, there will be few (if any) real differences in the electrical characteristics, and it will sound much the same as "lesser" cables, selling at perhaps 100 th of the price.

If image is important to you, and you can afford it, then that is your choice - just don't expect that it will make your system better, and don't try to convince others that without "it", they are missing half their music or their sounds are being mangulated in some mysterious way that can only be "fixed" by spending vastly more than they may be able to afford.

Despite what you may read in various forum pages, this entire series of articles is not intended as a "beat up the subjectivists" tale, but rather a discourse based on research that I, and a great many others before me, have done. The idea is not to ruin anyone's enjoyment of audio, but to make sure that the facts are available, without the hype and BS so commonly associated with high fidelity.

The major (and well respected) audio companies did not develop their equipment using only their ears as a guide. Without exception, all the big (and very expensive in many cases) brands have been measured, probed, simulated, then measured some more - before anyone actually gets to hear one. How much of this pure research has gone into most of the overpriced cables and "accessories" currently available? I don't think I need to answer that, as we all have a pretty good idea.

There is no "black and white" in this topic, but a great many shades of grey, and the latest update to this article attempts to clarify the position. Speaker cables in particular are still a major topic of conversation on many forum sites, and remain one of the more contentious issues.

A quick summary of the topics to follow (in the cable discussion, at least) would be ...

This is not to say that some people will not derive great enjoyment from the fact that they have spent as much on their cables as mere mortals can afford for their whole system, but this is "enjoyment", and has nothing to do with sound quality. This is about prestige and status, neither of which affect the sound.

Try This Next Time Someone Tries to Sell You Something ...

Thanks to a reader for the suggestion, this is a wonderful way to prove something to yourself. Next time a salesperson tries to flog you the latest and greatest (and of course most expensive) cable they have on offer, just use this technique ...

Suggest that you would like to hear the cable in action before committing yourself. As you walk to the demo room with the salesperson, come up with 'spontaneous' bright idea - suggest that you swap the cables, and if the salesperson can correctly identify the 'super cable' that s/he so desperately wants you to purchase, then you will do so. Naturally, you will want to make the swap several times, and the salesperson will have to get it right at least 75% of the time.

There is every chance that the packet will never be opened, the comparison never done, and you will save a bunch of money. There is nothing dishonest about what you are doing - you simply want (and are entitled to) verification that the cable will make a difference, and if the salesperson is unwilling to participate in the test, s/he knows something that s/he hasn't told you!

Beware! If there is any suggestion that the cable needs to be 'broken in' before you hear the difference, the salesperson is lying! At this point, you should immediately let them know that you know that they are lying, and leave the shop. Cable 'break-in' is a myth, and is perpetuated by those with something to hide - no-one has ever been able to show that there is any scientific justification to the claim, nor shown that the performance has changed in any way whatsoever. Cable break-in is real, and occurs between the ears of the listener - nowhere else (most certainly not in the cable).

The last link entry for the ABX Home Page has been included so you can have a look at some actual ABX double blind tests that have been carried out. The listing at the ABX site is not extensive, but is excellent reference material. You will find some of the results surprising, and when viewed and interpreted sensibly, they tend to support the comments I have made in this article.

In some cases, the results surprised me, in that I was expecting the listener panel to declare various items as different, and they instead thought they were the same (which is to say that the two items under test could not be identified with certainty, so any choice was pure guesswork).

In this article, I shall attempt to explain some of the misconceptions and untruths that are rife in the audio industry. This article is bound to offend some, but the information is based on fact, scientific data and the results of my own (and others') testing, plus the help I have received from readers, who have provided more information on a number of topics.

In contrast, much of the disinformation comes from the rantings of Hi-Fi reviewers, most of whom know so little about electronics that it is shameful (and fraudulent) for them to be in a position to tell the unsuspecting public what to buy, based on entirely subjective criteria.

In almost all other areas of human interest, objective measurements are paramount. A domestic vacuum cleaner's performance is based on how much dirt it collects from the carpet - any philosophical discussion about the type of motor used, or it's rotational direction having a subtle effect on how clean the carpet feels is at best a pointless and tiresome exercise, and (I hope) has never been entered into.

Discussion - indeed, heated debate - on parameters not dissimilar to those above are commonplace in the high end audio industry, and have been raging since the late 1970's. The majority of people who listen to music generally listen to a few systems at a non-specialist retail outlet, and buy a combination that sounds good (to them), has the features they want, and fits their budget. They are no more interested in the great audio debate than they would be in the philosophy of the rotating mechanical components of their vacuum cleaner.

In his article "Science and Subjectivism in Audio", Douglas Self [ 1 ] wrote

A short definition of the Subjectivist position on power amplifiers might read as follows:

I believe this is a reasonable statement of the situation. Meanwhile the overwhelming majority of the public buy conventional hi-fi systems, ignoring the expensive and esoteric high-end sector where the debate is fiercest.

In our many following technical articles we shall dissect some of the claims made on many of the components in the audio chain, and show why they are misleading, false, and in many cases downright dishonest.

Special thanks to Rod Elliott from Elliot Sound Products