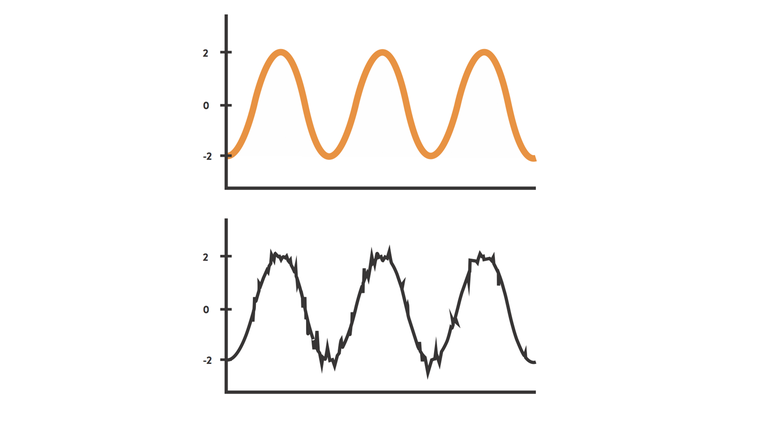 Recently I've done a collection of measurements and tests on interconnect cables to see what I could find that would explain the sonic differences that many people, including myself, have grown accustomed to hearing. The test equipment was an Audio Precision System 2 Cascade. Test objects were a handful of cables of varying construction and claims to audiophile performance.

In short, apart from a constant time delay of a few nanoseconds (depending on length), an interconnect will have the same voltage at its output as at its input.

Or will it? There's one well known (and usually ignored) effect in unbalanced connections, which is that the same conductor that connects the chassis also serves as reference to the signal. In a normal cable, these are 100% coupled, which means that the part of the chassis error voltage that drops across the inductive part of the cable impedance (end-to-end impedance of the shield) will couple into the conductor and be compensated 100% (Yes! Unbalanced connections have got CMRR in some way). However, lower frequencies will cause more voltage drop across the resistive component of the shield, and this appears as an error voltage at the receiving end. Take a coaxial cable, take the jacket (sheath) off and dress it in a number of extra layers of shield salvaged from other cables. Hear the sound improve... This addresses the same problem as "mains conditioners" but it does so much more effectively.

The intelligent solution however, is to use balanced connections. In a balanced connection, two conductors are used in addition to the shield. Sometimes, they are driven with opposite-phase signals, sometimes one is simply tied to ground at the source end through a series resistance equal to that of the source. Both options are fine. The crux of the affair is that the receiver looks only at the voltage difference between the signal conductor and the reference (or inverted signal) conductor. This will remove the effect of voltages across the shield completely as the signal reference and chassis connection functions are duly separated.

There may not be a difference between what goes into a cable and what comes out, but this does not mean that the presence of the cable can't modify the signal. I'm talking about microphonics of course. This effect has two causes: triboelectric charging and condenser mic effect .

Triboelectric charging is the same effect that causes you to accumulate electric charge when walking across a thick carpet in winter. The charge is siphoned off to the terminating resistances (mostly the output impedance of the source) and creates a voltage there as long as the cable is moving.

Condenser microphones work by varying the capacitance of a cap that has a more or less constant charge stored in it. This is done by connecting it across a voltage source with a very high internal resistance. As sound waves change the capacitance, the actual voltage across the capacitor changes too. In a cable, the transmitted signal takes the function of bias voltage. Motion of the conductors will change the capacitance.

Applying a "bias voltage" as is done by certain cable companies in a bid to linearise the dielectric (the purported nonlinearity of which consistently fails to show up in any test) is extremely counterproductive in this respect! The higher the voltage on the cable, the greater the condenser microphone effect.

Reducing triboelectric charging is done by using a dielectric/conductor duo that produces little contact charge. Aluminium and paper are one such combination, cotton and steel another. Unfortunately, paper and especially cotton are quite soft, making the cable particularly susceptible to the condenser mic effect. A method to reduce triboelectric noise in normal insulators consists of lubricating the shield/insulator interface with graphite.

Reducing the condenser mic effect requires a tough (hard to deform) dielectric. Teflon is a famous example. Unfortunately, teflon is incredibly triboelectric against practically any other substance. In addition to this, the stiffness of teflon and also silver makes the cable nearly lossless, mechanically speaking. Measured microphonic impulse responses show tremendous ringing in the upper audio band. This could explain the "brightness" often attributed to silver/teflon cables.

To make matters worse, teflon and silver are about the worst thinkable combination in terms of triboelecticity .

On the other hand, there is the "sound engineering" solution: use a signal source with the lowest possible impedance. Charges generated and transferred because of either effect are absorbed at the source and the receiving end will never get to see it. I have been surprised, though, of how low this drive impedance should be before cable microphonics disappear below the noise floor of good audio gear.

To recap: to make cables disappear from the sonic equation, all that is needed is balanced transmission combined with sub-1ohm output impedance line drivers. I would like to propose this as a standard for audiophile equipment makers.

Article Epilogue
We are greatly appreciative of Bruno's efforts in this article. However, I felt it important to mention that much of the focus of this article pertaining to microphonics and triboelectric effects is relative to how interconnects may interact when interfacing high gain low impedance drive to high impedance circuit terminations, such as the case with microphones and phono preamps. In reality the triboelectic effect rarely becomes a real world problem in consumer audio. Microphone applications must be considerate of these effects, especially since the cables attaching the microphones are often in motion caused by the singer and/or local mechanical vibrations which can induce noise into the system. In such instances there are specifically designed cables with dampening materials (usually cotton) to nullify this problem by acting like shock absorbers to reduce contact area as well as employing a different shield construction which is less prone to triboelectric noise.