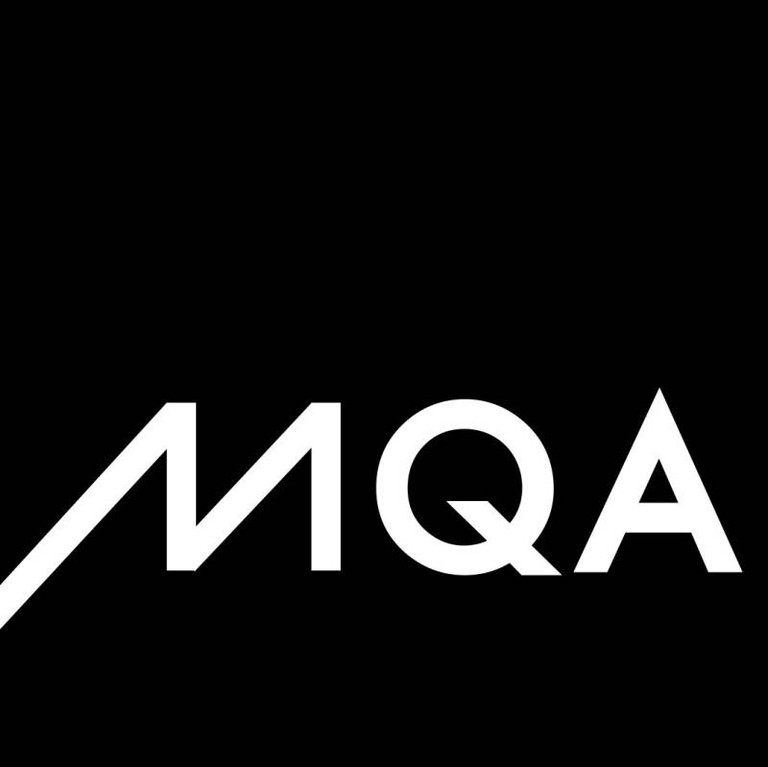 Meridian Audio, Ltd., the folks that brought us Meridian Lossless Packing, aka Packed PCM, are back with their new Master Quality Authenticated (MQA) that promises smaller HD audio files with playback as close to studio-quality as possible.

In the past year, there has been a major push for High Definition Audio, or audio captured and played back at better than 16bit/44.1Khz CD-quality.  Whether there is an audible improvement with these higher bitrates and sampling frequencies is a topic for another article.  What most audiophiles can agree on is that the ultimate goal is to have your home playback sound as close as possible to how it sounded to the engineers and artists in the studio.

Unfortunately, there are a few problems:

1)  Sampling audio full-range at 192Khz and 24 bit, or beyond, results in HUGE files sizes.  Sure, physical storage is cheaper than it's ever been, but a smaller file size would be less expensive and more convenient to house, and potentially open the door for HD-Audio streaming services.

2) The original source material still needs to be of considerable quality (high Signal to Noise Ratio, high Dynamic Range, wide frequency range), and that quality maintained throughout the processing path, to take advantage of these high sampling rates and bit depths.

MQA looks to address both.  First, Meridian seeks to deliver the benefits of high-resolution HD audio in a file roughly the same size as lower CD-Quality audio.  Based on the information we were provided, they appear to do this by analyzing the source and capturing only those portions where audio is present at a level sufficient to be heard.  In other words, they don't spend bits capturing near-silence that would be masked.  At the end, the "tonal essence of an original recording" is conveyed to the listener so that what they are hearing "is identical to the master recording."  They call this "encapsulation"

Meridian also places emphasis not just on frequency range and amplitude, but also time domain.  Meridian quotes recent neuroscience research that, when humans identify and locate sounds, "the timing details of a few microseconds are important."  It's not just what we hear, but how long we hear it.

Second, they start with "the sound that's been signed off by the artist and producer" and aim to ensure lossless processing at every step from the original studio recording to the home creating "an authenticated exact reconstruction of the original analogue signal."  Yes, authenticated.  The Meridian stamp of approval will be conveyed via lights and logos on your MQA-enabled playback devices notating that you are hearing "a true rendition of the original master recording."

The final product can be delivered in a lossless container such as FLAC, WAV, or ALAC.  Decoding MQA can be done at home or on the go, in hardware or software.  If your player is not MQA-enabled, fear not; you'll still get "CD" quality sound.

There's more than a little marketing-speak in the MQA materials, but the aim is clear: getting the studio sound, as the artist first heard it, into the home.  By addressing two of the major hurdles of HD-Audio adoption, files size and source material/processing chain quality, Meridian MQA represents a practical approach to assuring that the sound of the studio makes its way to your home, car, or portable.  Compared to current lossless codecs such as FLAC and ALAC, MQV promises to deliver playback that sounds identical to 24/192  (and beyond) in a file size that is only slightly larger than a 16/44.1 in those file formats would be, and much smaller than 24/192 in FLAC/ALAC would be.  We've seen some wonder if  MQA will support up to 32 bits of resolution.  However, it's important to realize 32 bit audio is a pipe dream to begin with.  Thermal noise (aka. Johnson noise) limits even the best analog circuits to around 22 bits of resolution. We'll have to wait to get ears on before we can say that this approach produces audibly better playback, but assuming the promise of near-identical file size is fulfilled, and that licensing is inexpensive and adoption is widespread, there appears to be only upsides to the proliferation of MQA.