Switching Amplifiers: The Technology and the Issues 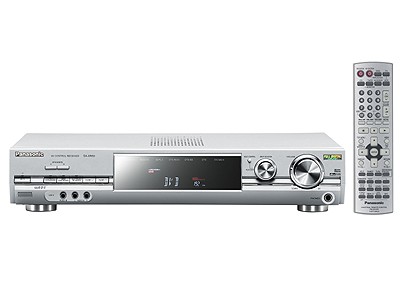 This article started because a good friend of mine dropped a Panasonic SA-XR50 switch-mode amplifier to me for some basic bench test. This article will NOT be a review of that unit, but an investigation into some of the issues that are happening with this technology.

But the major focus of the article will not be concerned with in-band measurements, but other equally important issues. I have been lucky enough to get Mike Danielson, who is primarily responsible for the DDX™ family of switching amplifiers, and Bruno Putzeys, formerly with Phillips and currently chief engineer, R & D, for Hypex to contribute their expertise to this article.

In order to obtain the best possible accuracy of readings, I managed to get my hands on a LeCroy oscilloscope with a set of true differential probes for the best possible accuracy. Most scopes are O.K. for a differential measurement at low frequencies but higher frequency content requires a true differential probe set as the one LeCroy supplied. This is crucial for accurate measurement of the unit in question since the speaker outputs are differential outputs as opposed to the usual linear amplifier outputs, which are "unbalanced". In addition, I utilized a CD player's SPDIF digital output playing a CBS CD1 test disc to provide the 1 kHz test sine wave. The following scope shot and FFT plot (figure 1) is shown below: The scope shot provided in figure 2 has "zoomed in" on a small part of the output 1 kHz sine wave output wave to show the maximum output ripple, which is approximately 4 volts peak to peak at approximately 100 kHz.

The next scope and FFT plot (figure 3) shows the "reference sine wave from our signal generator. Note the lack of out of band components.

As we can see from our data there is a fair amount of out of band components from the output of the Panasonic receiver. So what does this mean when this energy hits the loudspeaker? I asked this question to loudspeaker designers and they have informed me of several facts. For the typical dynamic loudspeaker the impedance increases and is inductive, as the frequency rises above 20 kHz, so the power that develops across the tweeters voice coil is rather small. Will this cause Intermodulation distortion in the audio band? The math says no because the frequencies are too high, and the amount of power developed from the ultrasonic frequency components is low. So it appears that these higher order components should not damage your loudspeaker or cause I.M. distortion in the audio band. Some of the electrostatic loudspeakers are capacitive at higher frequencies in the audio band, but at ultrasonic frequencies the transformers used in the electrostatic loudspeakers will be inductive / resistive and by definition represent a high impedance load at ultrasonic frequencies. Will the frequency components at 350kHz and 700kHz interfere with AM radio band reception? Well, it might; if the radio or antenna is placed in close proximity to the speaker leads.

Please refer to the following two graphs supplied by Dick Pierce of one speaker and one tweeter showing the impedance of the speaker and tweeter out to 2 Mhz.