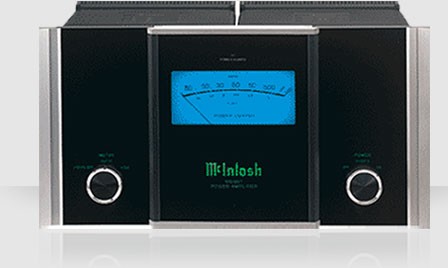 McIntosh Laboratory, a global manufacturer of home entertainment and ultimate-quality audio for over 60 years, announced the debut of a new amplifier that brings legendary McIntosh performance capabilities and style together with a host of leading-edge features and extended functionality for today's digital age. The new MC601 Monoblock Amplifier, which replaces McIntosh's hugely popular MC501 amplifier, will ship in January of 2011. It joins the company's new Models MC302 and MC452 in the McIntosh amplifier lineup, all with new engineering advances and extended functionality.

"To create the MC601 amplifier, McIntosh engineers and designers scrutinized every aspect of what has made us the world's most coveted audio manufacturer for the last 60 years – both in terms of great looks and legendary sound. The result is an amplifier of unique elegance, craftsmanship and style that delivers classic McIntosh performance, with all the power and ‘audio heft' to earn it a rightful place in the McIntosh pantheon, while providing today's most discerning consumers with all the features and functionality to ensure it will deliver the very best in music reproduction excellence for many years to come."

About McIntosh Laboratory
Since 1949, McIntosh Laboratory's unwavering commitment to excellence, innovation and quality continues to define the state-of-the-art in high fidelity and provide discriminating consumers around the world an elevated home entertainment experience. McIntosh high-performance audio and video products are handcrafted at the company's Binghamton, New York headquarters. Its products reflect unmatched levels of performance, superlative engineering and hand craftsmanship. Built to last for decades, McIntosh components demand nothing less than an equal level of commitment to customer support and service. McIntosh Laboratory, Inc. is a D&M Holdings company. For more information visit www.mcintoshlabs.com.

What a ripoff.
Miketuason posts on July 05, 2013 14:14
Just an update, McIntosh just raised their price as of 7/1/2013 So, for those of you think they are expensive then, they're not.
Miketuason posts on June 20, 2013 11:25
Just want to chime in. Few weeks ago I purchased a pair of MC601 and have about 100 hours to date. All I can say is WOW! I am so glad I chose these amps over the Pass Labs X600.5 The 601s are so detail and just gets better and better as I add more hours to them. I agree, it may not be everyone's cup of tea as far as looks but for me, my primary reason for buying these amps is for their sound quality that they produce and the looks is just my secondary reason. Before I bought these amps I first auditioned the Pass Labs, Audio Research, Krell, Classe', Conrad Johnson, and the Canary Audio, by far at least to me an with my system, the Mc 601 are still the one of the best.
ski2xblack posts on March 01, 2013 10:46
Without the hoopla surrounding SETs, First Watt would probably have no market to sell to.

Irv, you need a time machine to go back and teach those Japanese audiophools in the ‘80’s the error of their ways. The whole SET thing is all their fault!
Post Reply