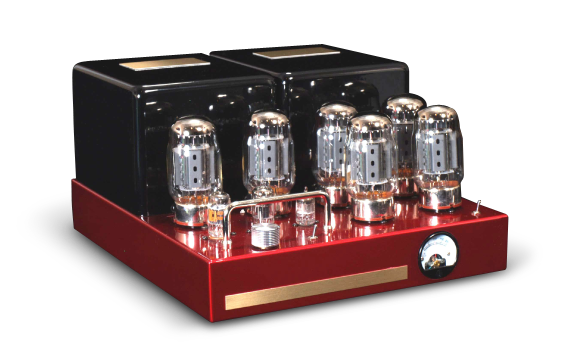 Bob Carver has just partnered up with home automation pioneer Bob Farinelli to form Bob Carver LLC this year. Apparently, both men got bored and, after having worked closely together for over 5 years at Sunfire, they came out of retirement to join forces and start this new business. They may have just redefined the term "ambitious", because their first two products are both beautiful and frighteningly expensive. Bob Carver describes the amplifiers as "stand[ing] with a small handful of the world’s great vacuum tube amplifiers.”

'Nuff said, if you're a fan of Bob Carver and have the money. We were hoping the two would have a booth at CEDIA but they are walking around instead this year checking out the competition and serving as audiophile "booth babes" for their partners (hey, those were Farinelli's words, not mine! lol). The new series of mono block amplifiers seem to be a perfect blend of form and function, providing beauty and brawn for those looking for ample amounts of both. The Cherry 180 is conservatively rated at 180 Watts RMS into 8 ohms, and the Black Beauty puts out 305 Watts RMS. Both were, as you'd imagine, designed to drive the most demanding (read: "inefficient") speakers and indeed they have the specs, at least, t make good on that promise. Both amplifiers feature a high impedance input, automatic DC restorer circuit, a “set and forget” bias adjustment, and low idle current which greatly increases the life of the output tube. They both utilize ultra-wide bandwidth output transformers with interleaved windings. The design goal was to provide extremely nuanced performance as well as huge peak output capacity. A selectable feedback control gives user control over changing the sound of the amplifier from vintage classical to modern contemporary.

The transformer output impedance is designed to allow the signal to follow the impedance curve of the speaker system, and deliver additional voltage to the loudspeaker at very low frequencies.

I read the article….don't know what tto think excpet that they are expensive and look really good visually. I gotta drag myself into an audio shop that sells vacumm tube amps just to hear them. I know tubes aren't as accurate as SS but the sound is something much different and who knows may be appealing.
Post Reply