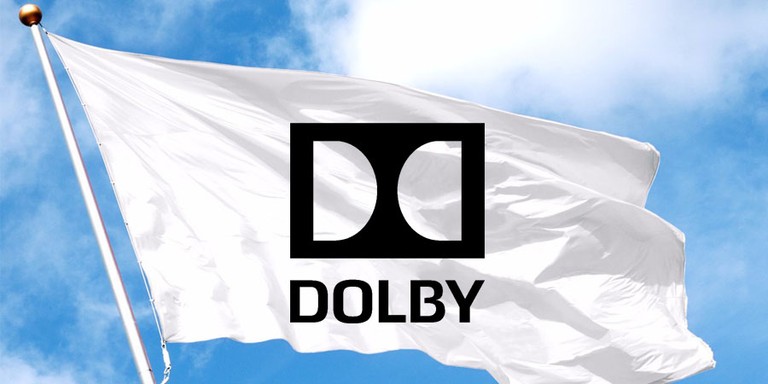 Last year we got our hands on a top secret Dolby memo that was sent to ALL licensee partners of their mandate to restrict upmixing of non native Dolby content through their DSU (Dolby Surround Upmixer) as indicated below:

What does an Upmixer do?
An upmixer takes an audio signal (let’s say 2CH stereo) and processes it to utilize all of the speakers in your setup (perhaps 5.1 or 7.1 or 7.1.4 for immersive audio formats like Dolby Atmos, DTS:X and Auro3D). The upmixer uses complicated algorithms to extract audio information in the audio signal so that the audio sounds like it was mixed for multichannel audio.

So what exactly happened since last year? Have manufacturers been following this mandate and restricting their products? Emotiva has a notation on their website with a matrix of compatible signals and how they interact with Dolby and DTS upmixers.

This was supposed to take effect on new Atmos enabled products for 2019....but it hasn't seemed to take effect on any products we are currently aware of aside from the Emotiva RMC-1 and XMC-2. If you purchased an Atmos/DTS:X AV receiver or processor today, the ability to crossmix upmixers for 2CH or 5.1 sources hasn't seemed to been removed in a majority of AV products. We wondered what was happening. Perhaps Dolby was leisurely enforcing this policy or giving manufacturers time to integrate these restrictions into new products.

Interestingly, I received an email from Xperi (the company that owns DTS) today that talks about concerns from licensees and industry partners about the Dolby upmixing restriction and how this was brought up in the European Commission. Dolby also announced the reversal of their upmixing restriction on their own website as well.

"Effective immediately, Dolby is withdrawing all limitations (including limitations contained in Dolby licenses) on the use of OEM (first-party) and third-party post-processing technologies (including upmixers and virtualisers) on audio decoded from Dolby formats (including Dolby Digital, Dolby Digital Plus, Dolby TrueHD, and Dolby Atmos) on AVRs, sound bars and TVs."

Xperi, also sent us their official statement in this matter as can be seen in the letter below:

We appreciate your continued support of DTS technologies and would like to share some important information with you about recent developments that impact our industry. DTS licensees and industry partners brought to our attention a Dolby post-processing policy that we believe negatively impacted product design and functionality, threatened to eliminate consumer choice, and unfairly restricted the use of competing up-mixer and virtualizer technologies. Our licensees asked for our help challenging the policy before it further impacted our industry.

In our view, Dolby’s policy was anti-competitive, anti-consumer, and a blatant abuse of Dolby’s industry position. We promptly took steps to address these concerns, including launching discussions with the European Commission and other regulatory agencies. The European Commission heard us, and engaged with Xperi and Dolby to resolve the issue. Today we are pleased to report that – as you may have seen – Dolby has withdrawn its policy, effective immediately. Dolby has acknowledged that both first-party (OEM) and third-party (including DTS) up-mixers and virtualizers may be used on all content, including PCM decoded from Dolby content, without restriction.

This is great news for product developers and their customers. The withdrawal of the Dolby policy eliminates improper interference with continued product innovation and differentiation, and preserves today’s consumer choice.

Xperi is proud to have helped drive this issue to a successful conclusion, as we believe Dolby’s policy had industry-wide implications for the future of audio processing and product development in the Home Entertainment market. We appreciate strong competition, but believe strongly that our customers should have full freedom to choose the products that best fit their needs."

What Does This Mean For Consumers?

First, I'd like to congratulate Xperi (aka. DTS) for bringing this issue to the European Commission to influence Dolby to reverse their decision of limiting upmixing. I know Audioholics wasn't popular with Dolby or some of their licensee partners by bringing this situation into the public realm last year, but I strongly feel consumer rights should be preserved. It's encouraging that Dolby will NOT be restricting their CODEC's for upmixing going forward nor will they be restricting their signals from being upmixed on competitor upmixers. This means you can use the DSU, DTS:X or Auromatic upmixers for 2CH, or 5.1CH Dolby Digital or DTS source material to virtualize height channels. This will allow you to always engage your height channels regardless of the type of playback source material. This is particularly useful for binge watchers of Netflix shows that are encoded in 5.1CH audio if you want to upmix it to immersive surround via the Dolby, DTS:X or the Auro-Matic upmixer. It's also very good news for soundbar products that don't decode Dolby streams but can upmix to DTS:X. I consider this a WIN for consumers. Variety truly is the spice of life and Truth in Power (TiP) applies NOT only to amplifier power, but in the power of consumer choice. To paraphrase William Wallace "you can take our money, but you can never take away our Upmixing". :)